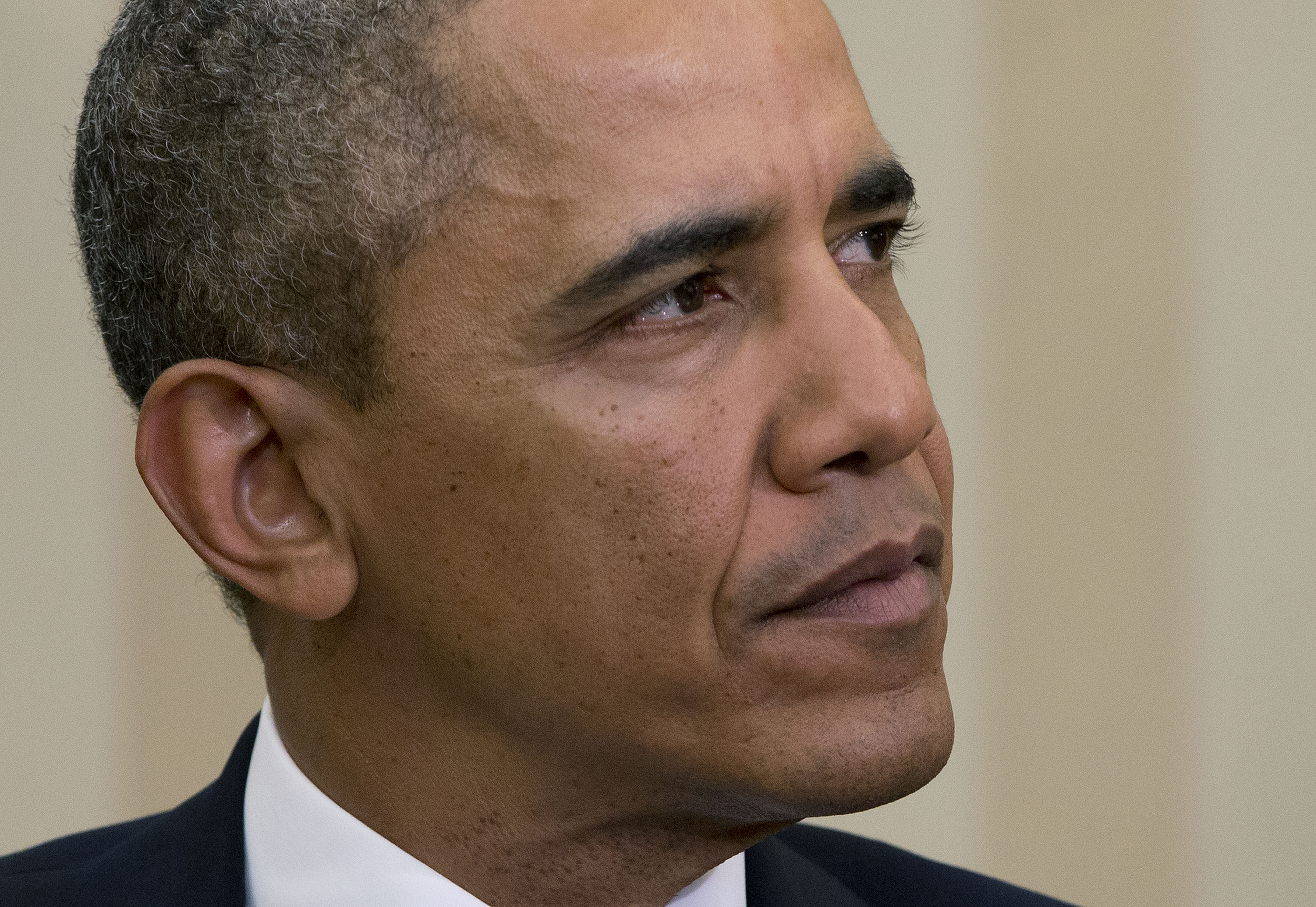 President Obama on Monday condemned Russia for being "on the wrong side of history" in the Ukrainian conflict and urged Congress to work with him on a package of assistance for the Ukrainian people.

While Russia has strong historic ties to Ukraine and those interests can be recognized, the president said, "what cannot be done is for Russia with impunity to put its soldiers on the ground and violate basic principles that are recognized around the world.

"The strong condemnation that it's received from around the world indicates the degree to which Russia is on the wrong side of history on this," he said.

Later Monday, Mr. Obama held a high-level meeting at the White House with his national security team to discuss the Ukraine crisis.

Sunday afternoon, the president spoke to the leaders of the United Kingdom, Poland and Germany and the G-7, a group of finance ministers from several developed nations, issued a statement condemning Russia's actions and calling on all parties to show restraint. The seven nations - Canada, France, Germany, Italy, Japan, the U.K. and the U.S. - will be suspending preparatory work for the upcoming G-8 conference that is scheduled to be held in Russia.

Vice President Biden also called Russian Prime Minister Dmitry Medvedev Monday and urged Russia to pull back its forces, but the situation showed no signs of improving throughout the day as Russia is accused by Ukraine of issuing fresh ultimatums to Ukrainian forces stationed in Crimea, the peninsula Putin ordered troops into over the weekend.

Still, the president is looking only at non-military options to resolve the crisis. The administration is economic and diplomatic actions "that will isolate Russia and that will have a negative impact on Russia's economy and its status in the world." He said that there would likely be further follow ups to the decision to suspend preparations for the G-8 conference.

As for Congress - including Republicans who have criticized his handling of international affairs - the president said lawmakers should work on structuring an aid package to Ukraine.

"When it comes to preserving the principle that no country has the right to send in troops to another country unprovoked, we should be able to come up with a unified position that stands outside of partisan politics," he said.

Despite the snow that shut down Washington on Monday, lawmakers have already begun answering the call for a Ukrainian aid package.

"I'm deeply concerned about what's going on in the Ukraine. I think Ukraine is in crisis and needs some help," Sen. Harry Reid, D-Nev., said after a meeting with Israeli Prime Minister Benjamin Netanyahu. "I'm going to recommend that anything that we do be in conjunction with our allies. And President Obama said he wants to give some economic aid. I think that's appropriate. I will be happy to help in any way."

Menendez said lawmakers are also consulting with the Obama administration about the possibility of imposing sanctions against individual Russians and Ukrainians in the form of visa bans, asset freezes, the suspension of military cooperation and sales, and other economic sanctions.

On the House side, Majority Leader Eric Cantor, R-Va., said he has asked committee chairman to begin developing plans to assist the Ukrainian government in order to "put pressure on Russia and reassure allies throughout the world that the United States will not stand idly by in the face of such aggression."

Specifically, Cantor said the House would review the possibility of offering loan guarantees, for which he believes there is bipartisan support. He said that the legislation should not be delayed by "adding divisive provisions" and should be moved "as quickly as possible."