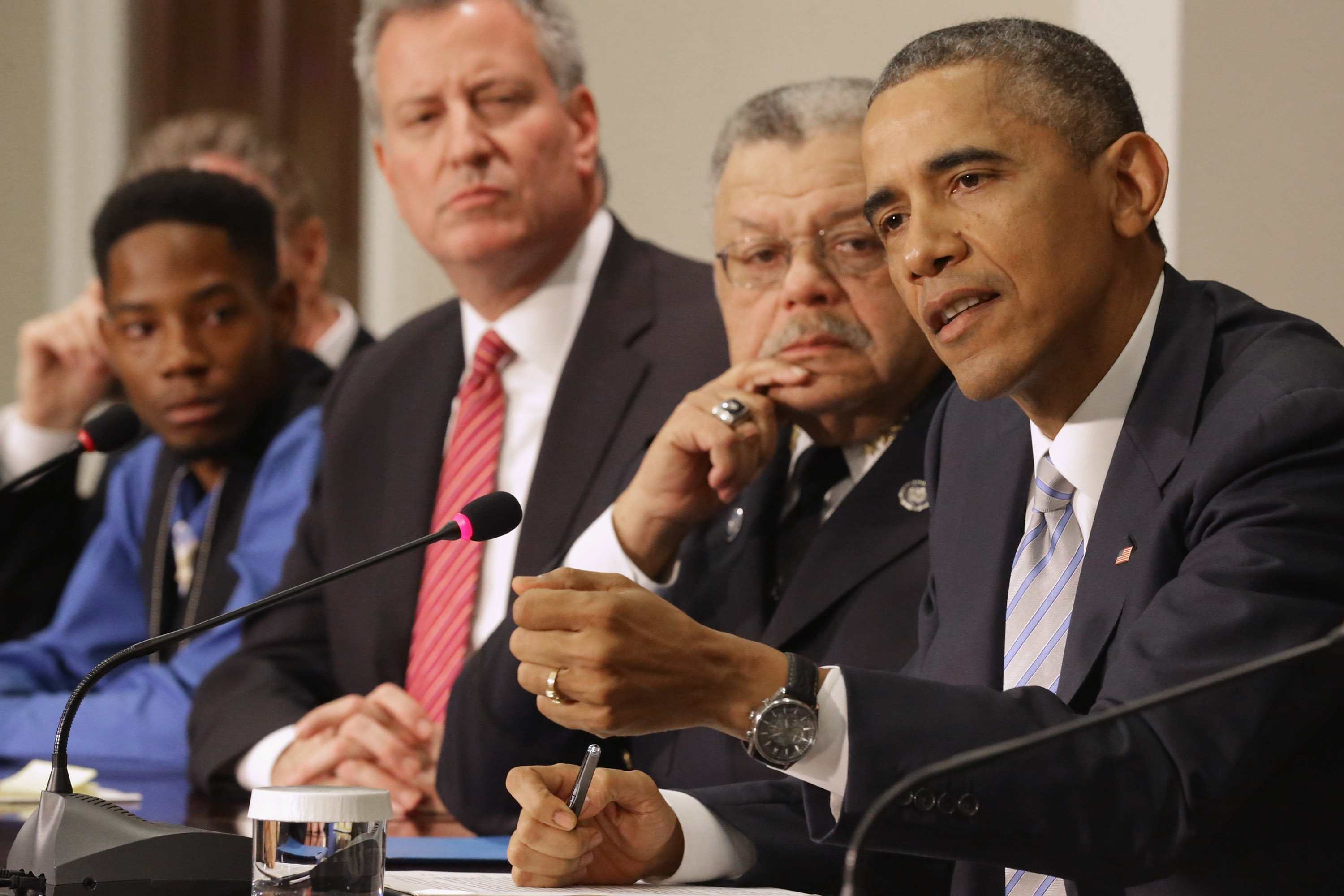 As his administration searches for ways to strengthen trust between police and the communities they protect around the country in the wake of the Ferguson, Missouri shooting and protests, President Obama pledged that this particular endeavor will be "different."

"The president of the United States is deeply invested in making sure that this time is different," Mr. Obama said. "When I hear the young people around this table talk about their experiences, it violates my belief in what America can be to hear young people feeling marginalized and distrustful, even after they've done everything right. That's not who we are."

The president spoke after a meeting with elected officials, community and faith leaders, law enforcement officials and several other members of his administration. There were no law enforcement or elected officials from the Ferguson or St. Louis area present, even though the meeting was arranged to discuss ways to improve the accountability and trust between police and communities.

Part of the reason may be because the president has sought to portray the problems in Ferguson as just an example of the "simmering distrust" he said exists between police departments and communities of color across the nation.

"When any part of the American family does not feel like it is being treated fairly, that's a problem for all of us; it's not just a problem for some. It's not just a problem for a particular community or a particular demographic-- it means that we are not as strong as a country as we can be. And when applied to the criminal justice system, it means we're not as effective in fighting crime as we could be," he said. "This is not a problem simply of Ferguson, Missouri, this is a problem that is national. It is a solvable problem, but it is one that unfortunately spikes after one event and then fades into the background until something else happens."

Earlier in the day, the president announced he would be signing an executive order to standardize the way the federal government distributes military-style equipment to police forces, the result of a review that was triggered by the heavily armed law enforcement presence that responded to protests in Ferguson after unarmed black teenager Michael Brown was shot by white police officer Darren Wilson on August 9. The administration will be seeking better federal oversight, transparency and auditing of the programs that provide military equipment to local law enforcement agencies and is also proposing to invest $75 million for the purchase of 50,000 body cameras for police officers.

Several of the elected officials and civil rights leaders who spoke with the president said it was a "historic" meeting and praised the actions Mr. Obama has taken so far. New York City Mayor Bill DeBlasio sai there was "a real sense of resolve" to act quickly to solve the problems highlighted by the Ferguson protests.