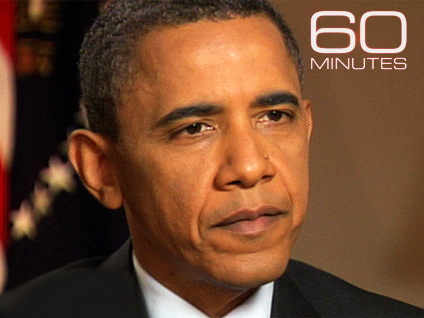 The decision to bury the body of Osama bin Laden at sea was a respectful and appropriate way that contrasted sharply with the terrorist's disregard for the 3,000 people who perished - some never to be found - in the 9/11 massacre he masterminded.

That's what President Obama tells Steve Kroft in a "60 Minutes" interview on the eve of his visit to Ground Zero to honor many of those killed in bin Laden's attack almost 10 years ago. The interview, Obama's first since the killing of bin Laden, will be broadcast on "60 Minutes" this Sunday, May 8 at 7 p.m. ET/PT.

About bin Laden's burial at sea executed within 24 hours of his death as prescribed by Muslim law, the president said, "Frankly, we took more care on this than, obviously, bin Laden took when he killed 3,000 people. He didn't have much regard for how they were treated and desecrated. But that, again, is something that makes us different. And I think we handled it appropriately."

Kroft asks President Obama if it was his decision to bury the al Qaeda leader at sea. "It was a joint decision. We thought it was important to think through ahead of time how we would dispose of the body if he were killed in the compound," says the president. "And I think that what we tried to do was - consulting with experts in Islamic law and ritual - to find something that was appropriate, that was, respectful of the body."

The president also talked to Kroft about the decision not to release death photos of the terrorist leader:

STEVE KROFT: Did you see the pictures?

KROFT: What was your reaction when you saw them?

OBAMA: It was him.

KROFT: Why haven't you released them?

OBAMA: You know, we discussed this internally. Keep in mind that we are absolutely certain this was him. We've done DNA sampling and testing. And so there is no doubt that we killed Osama bin Laden. It is important for us to make sure that very graphic photos of somebody who was shot in the head are not floating around as an incitement to additional violence. As a propaganda tool. You know, that's not who we are. You know, we don't trot out this stuff as trophies. You know, the fact of the matter is this was somebody who was deserving of the justice that he received. And I think-- Americans and people around the world are glad that he's gone. But we don't need to spike the football. And I think that given the graphic nature of these photos, it would create some national security risk. And I've discussed this with Bob Gates and Hillary Clinton and my intelligence teams and they all agree.

KROFT: There are people in Pakistan, for example, who say, "Look, this is all a lie. Obama, this is another American trick. Osama's not dead."

OBAMA: You know, the truth is that and we -- we're monitoring worldwide reaction. There's no doubt that Bin Laden is dead. Certainly there's no doubt among al Qaeda members that he is dead. And so we don't think that a photograph in and of itself is going to make any difference. There are going be some folks who deny it. The fact of the matter is, you will not see bin Laden walking on this Earth again.

In Sunday's interview, the president will reveal for the first time his thoughts as he watched and listened from the Situation Room of the White House as the commando-style raid on bin Laden's compound unfolded.

The risks of reporting on Rodrigo Duterte
Thanks for reading CBS NEWS.
Create your free account or log in
for more features.
View CBS News In
CBS News App Open
Chrome Safari Continue
Be the first to know
Get browser notifications for breaking news, live events, and exclusive reporting.