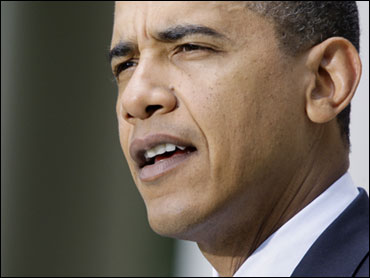 (AP Photo/Haraz N. Ghanbari )
Asked by CBS News' Katie Couric in an exclusive interview whether illegal immigrants should be covered under a new health care plan, President Obama responded simply, "no." But he said there may need to be an exception to that policy for children.

"First of all, I'd like to create a situation where we're dealing with illegal immigration, so that we don't have illegal immigrants," he said. "And we've got legal residents or citizens who are eligible for the plan. And I want a comprehensive immigration plan that creates a pathway to achieve that."

"The one exception that I think has to be discussed is how are we treating children," he continued. "Partly because if you've got children who may be here illegally but are still in playgrounds or at schools, and potentially are passing on illnesses and communicable diseases, that aren't getting vaccinated, that I think is a situation where you may have to make an exception."

More from the interview: