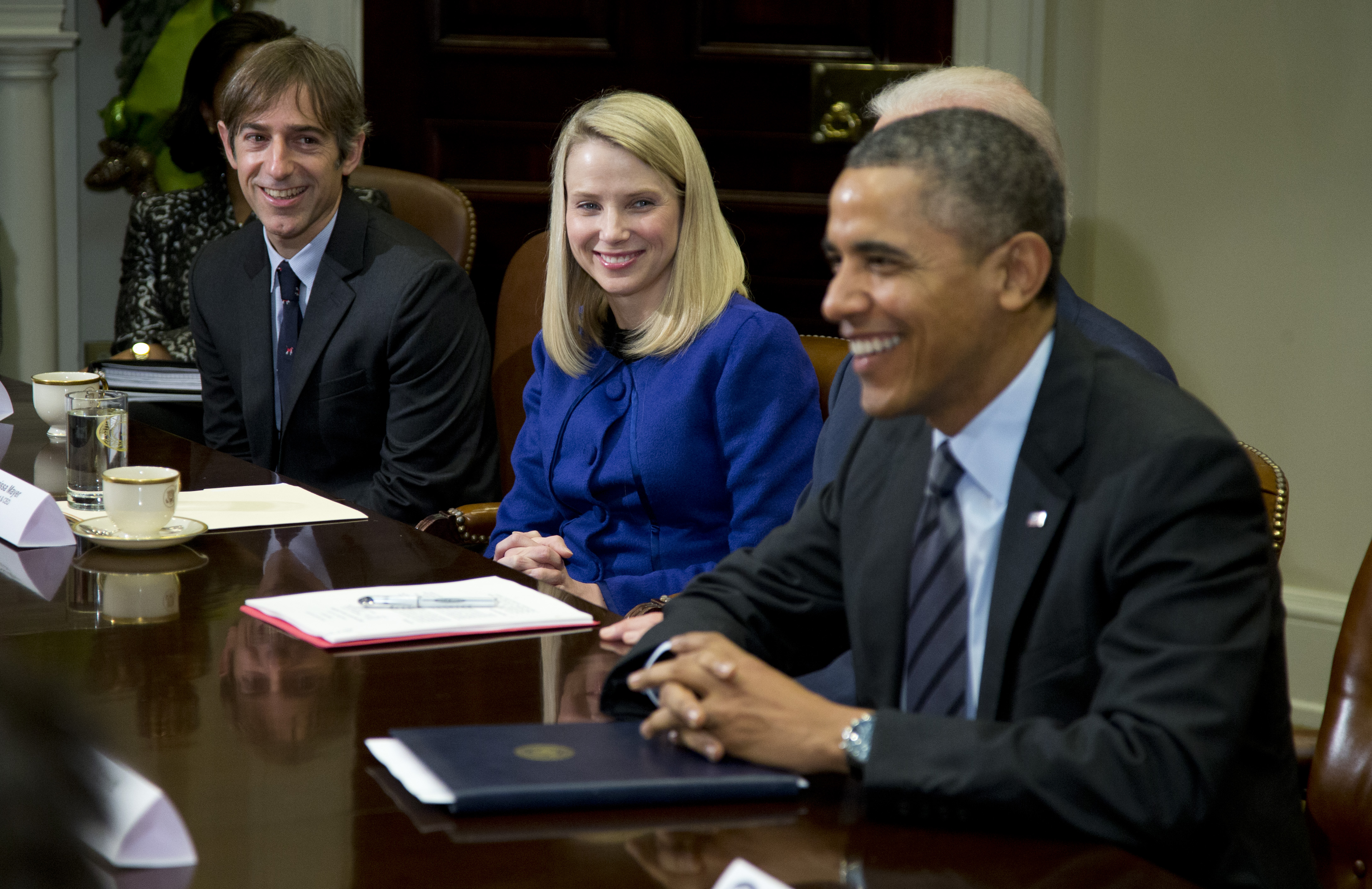 Is the president of the United States privy to special previews of his favorite shows?

Apparently not. Before getting down to business Tuesday in a meeting with executives from leading technology companies like Google, Apple and Facebook to discuss the impact of National Security Agency surveillance as well as the glitch implantation of HealthCare.gov, President Obama wanted to know one thing: Did Reed Hastings, co-founder and CEO of the Internet streaming giant Netflix, bring advance copies of "House of Cards"?

Hastings laughed off the quip, and suggested Mr. Obama make a cameo on the Emmy-winning drama series. Having been mired for the past few years in unprecedented Washington gridlock, the president joked that he envied the show's protagonist, the fictional House Majority Whip Frank Underwood.

"I wish things were that ruthlessly efficient," he said to laughter from the executives. "It's true. I was looking at Kevin Spacey and was thinking, 'man, this guy's getting a lot of stuff done.'"

"House of Cards," which has its second season slated to release mid-February 2014, has quite a following among the political elite: Former President Bill Clinton admitted earlier this year to binge-watching all of Season 1 in three days.