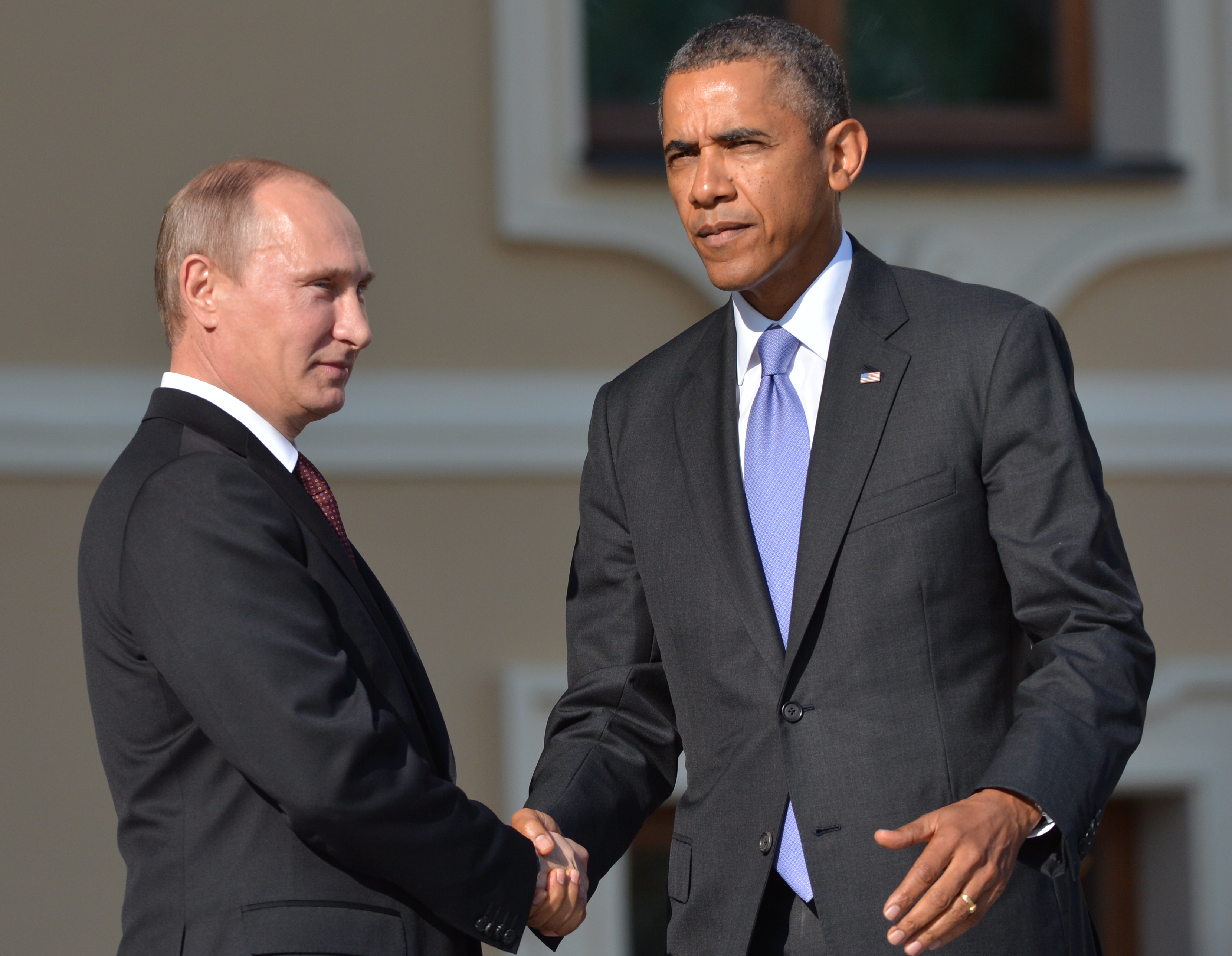 WASHINGTON -- President Obama says part of Russian President Vladimir Putin's "shtick" is to look like the tough guy in Russia.

Mr. Obama says Putin has always treated him with the utmost respect. He says when he meets with Putin, there's lots of humor and give and take. But Mr, Obama says that in public, Putin's style is to sit back and look "a little bored" during joint interviews.

"I think that’s where some of these perceptions come up," Mr. Obama said. "My sense is that’s part of his shtick back home politically as wanting to look like the tough guy. U.S. politicians have a different style. We tend to smile once in a while. The truth is, with any interaction between U.S. and Russian presidents, what’s going to be primary are the issues at stake, and where we have common interests we are going to work together .”

During Mr. Obama's tenure, the U.S. and Russia have had disagreements over Syria, American fugitive Edward Snowden and human rights.

Mr. Obama made the comment in an interview with NBC News that's set to air Friday. Excerpts of the interview were being released in advance.

The comments came a day before Friday's opening ceremony of the Winter Olympics taking place in Sochi, Russia.

Mr. Obama also commented on the U.S. including openly gay athletes in its Sochi delegation, in light of saying, "There is no doubt we wanted to make it very clear that we do not abide by discrimination in anything, including discrimination on the basis of sexual orientation, and one of the wonderful things about the Olympics is that you are judged by your merit. How good you are regardless of where you come from, what you look like, who you love and that I think is consistent with the spirit of the Olympics. It is certainly consistent with American values and we want to make sure the people understand that.”

Putin and Russia have been widely criticized for limiting gay rights.

But Mr. Obama said Washington and Moscow are working closely on security at the games in light of terrorist threats. "The Russians have an enormous stake, obviously, in preventing any kind of terrorist act or violence at these venues," he said. "They have put a lot of resources into it. We’re in constant communications with them, both at the law enforcement level, at the military level, at the intelligence levels, and it’s not untypical of every Olympics, whether it’s in Canada or China or anyplace else. We are consistently working with them to make sure that not only our athletes are safe, but everyone who’s attending these games are safe.”