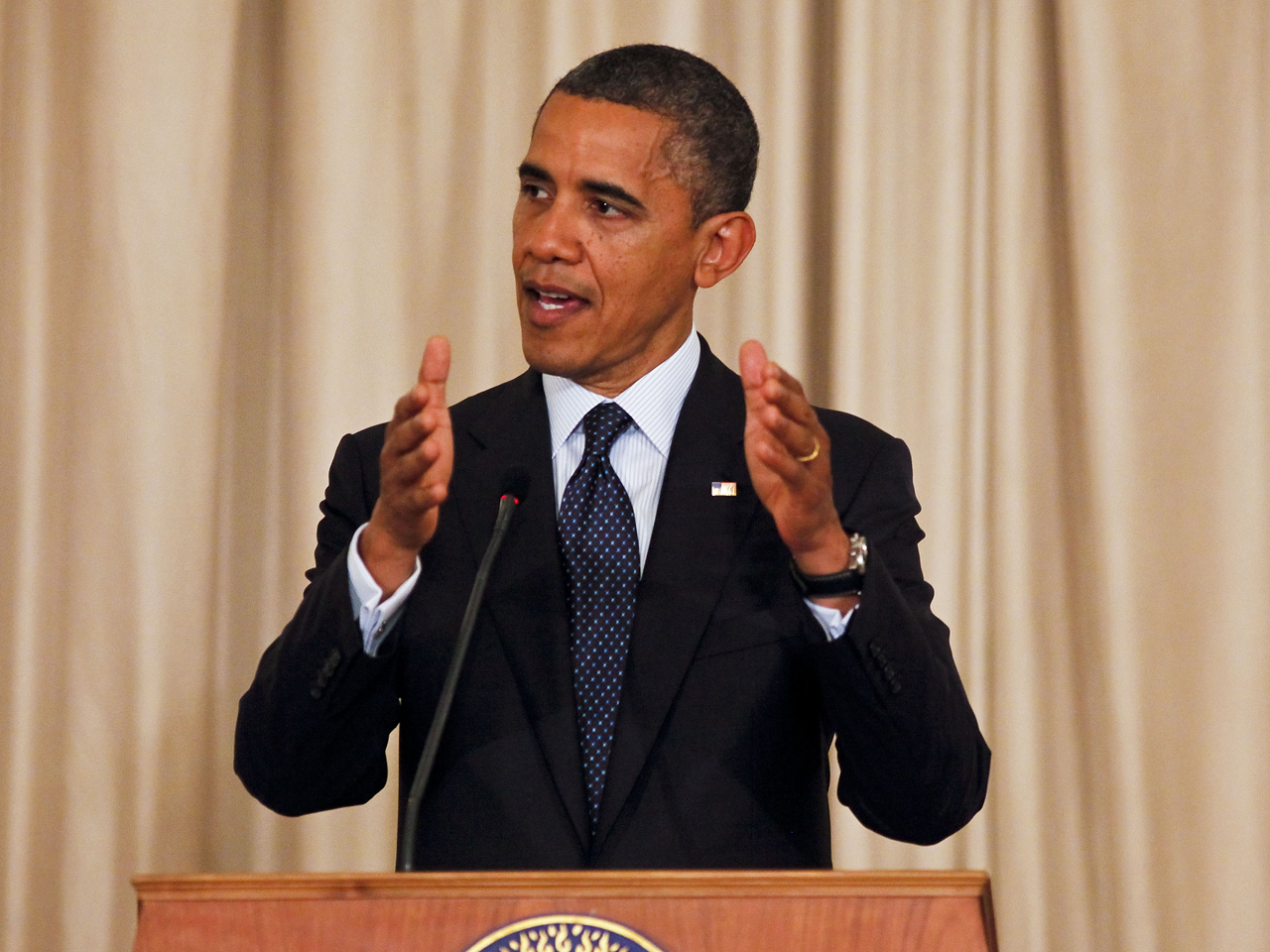 As Israeli airstrikes into Hamas-controlled Gaza expand from government targets into civilian areas, President Obama reiterated his support of Israel's "right to defend itself."

"[T]here is no country on earth that would tolerate missiles raining down on its citizens from outside its borders. So we are fully supportive of Israel's right to defend itself from missiles landing on people's homes," Mr. Obama said at a news conference in Bangkok during an international trip to Thailand, Myanmar and Cambodia.

"Let's understand what the precipitating event here was that's causing the current crisis, and that was an ever-escalating number of missiles that were landing not just in Israeli territory but in areas that are populated," the president added. Hamas launched rockets into Israel leading to the current crisis.

Israeli Prime Minister Benjamin Netanyahu said he was ready to "significantly" expand its airstrikes into Gaza and he indicated that Israel could invade Gaza with ground troops. "The soldiers are ready for any activity that could take place," he said at the weekly cabinet meeting.

Israeli officials have arrived in Egypt for talks about a cease-fire, and Palestinian officials had already been in Cairo for discussions.

"[T]hose who champion the cause of the Palestinians should recognize that if we see a further escalation of the situation in Gaza, then the likelihood of us getting back on any sort of peace track that leads to a two-state solution is, is going to be pushed off way into the future," Mr. Obama said. "So if we're serious about wanting to resolve this situation and create a genuine peace process, it starts with no more missiles being fired in Israel's territory and that then gives us the space to try to deal with these longstanding conflicts that exist."