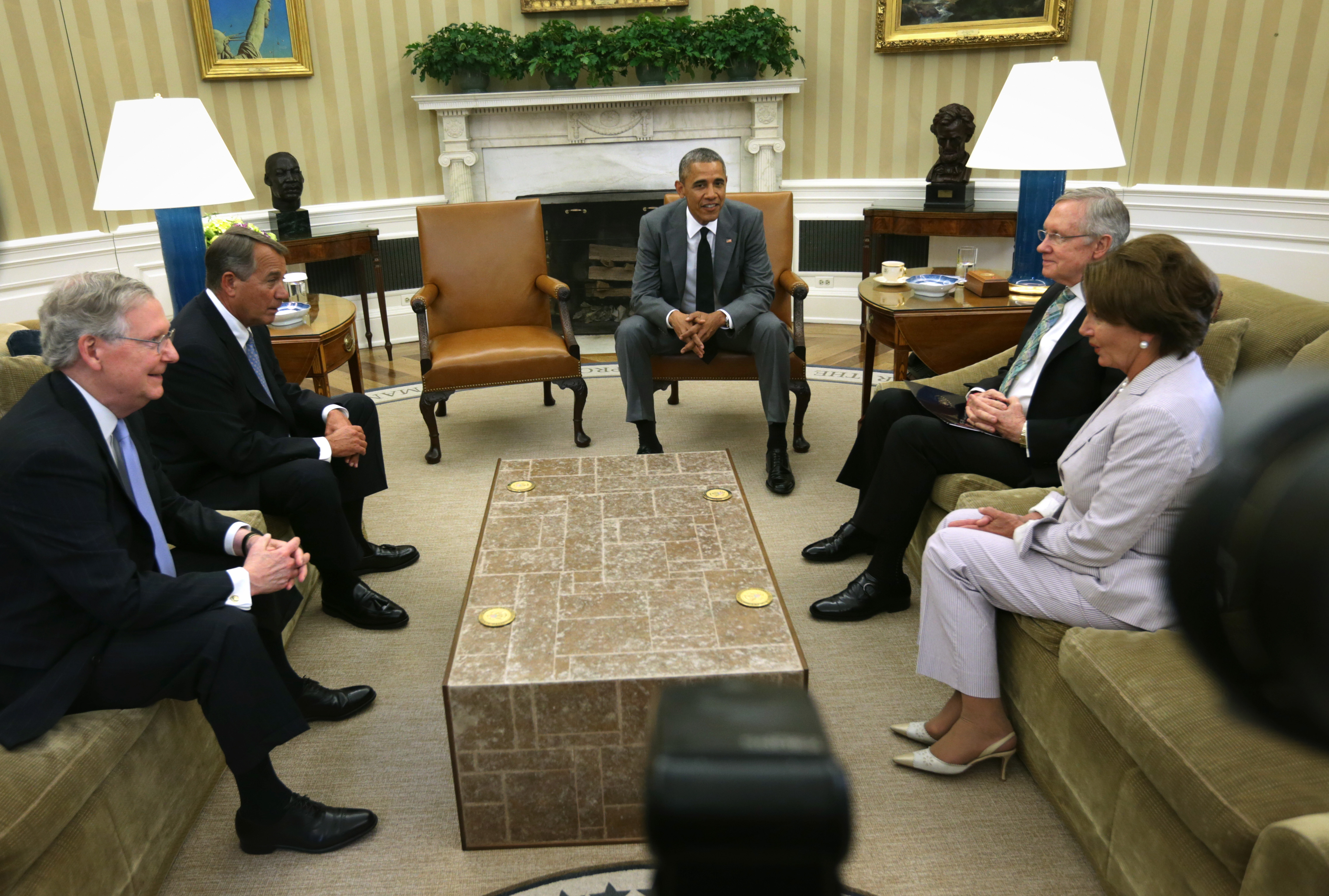 President Obama on Wednesday met with congressional leaders at the White House to discuss the turmoil in Iraq and the administration's efforts to respond. According to one leader in the meeting, Mr. Obama said that any actions the administration may take in response to Iraq's deteriorating security situation won't require congressional authority.

"We had a good discussion," Senate Minority Leader Mitch McConnell, R-Ky., said. "The president basically just briefed us on the situation in Iraq. And indicated he didn't feel he had the need for authority from us for the steps that he might take and indicated he would keep us posted."

According to the White House, the president updated the congressmen on the administration's efforts to urge Iraq's leaders to set aside sectarian agendas and bring the country together. The president also reviewed the administration's efforts, the White House said, "to strengthen the capacity of Iraq's security forces to confront the threat from ISIL, including options for increased security assistance."

Reid said after the meeting that "everybody seemed satisfied the president is going to keep us as informed as he can as the process moves forward." Reid, however, declined to comment on whether the president would seek new authority from Congress to take military action, as McConnell said.

Although air strikes are on hold, U.S. military aircraft, including war planes from the U.S.S. Bush, are now flying surveillance missions over Iraq, CBS News Pentagon correspondent David Martin reports. Joint Chiefs of Staff Chairman Martin Dempsey told Congress that Iraq has asked for air strikes against the insurgents who now control much of Northern and Western Iraq.

So far, Dempsey said, the insurgents and Iraqi troops are "intermingled," making air strikes difficult. The U.S. is still attempting to close intelligence gaps before taking military or covert action. The Pentagon is now planning to send about 100 Army Green Berets to Iraq to serve as American eyes and ears on the ground, David Martin reports -- that would not go into battle alongside Iraqi troops.

"There is no military solution that will sustainably solve Iraq's problems, and any consideration of military action must be informed by the situation on the ground and the objectives to be obtained, as well as the consequences of its use," White House spokesman Jay Carney said Wednesday before Mr. Obama met with congressional leaders.

Zarate continued, "And so it's not just that we have very limited options with respect to the immediate problem, it's that these problems are layered on top of each other, and how do you then distinguish between short, medium and the long-term solutions. That's very difficult, especially when... we don't have a footprint in Iraq to be able to influence as much as we once did."

The Senate Armed Services Committee will get a closed-door briefing on the Iraq situation on Thursday from representatives of the Pentagon, the Joint Chiefs of Staff's office, and the Defense Intelligence Agency.