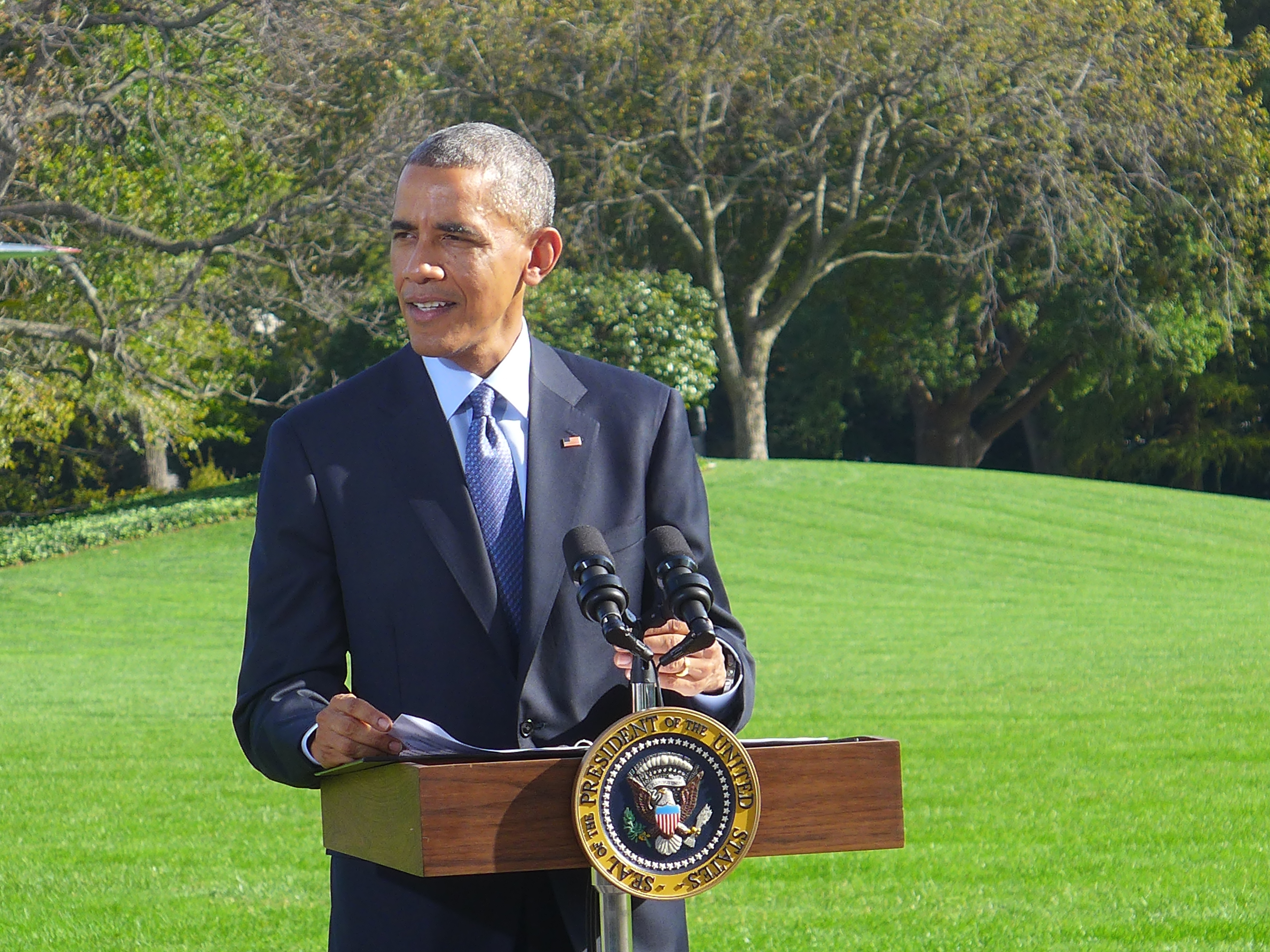 President Obama said Tuesday that the health care workers fighting Ebola in West Africa are "doing God's work" and that the U.S. must ensure they are treated with respect when they come home because they are critical to stopping the disease at its source.

The policies for their treatment upon return to the U.S. must be "prudent" rather than "things that aren't based on science and best practices."

Mr. Obama's robust defense of health care workers came just days after a spat between the White House and the governors of New York and New Jersey, who had implemented mandatory quarantine policies for anyone returning from West Africa who had come into contact with Ebola patients. The first nurse, Kaci Hickox, complained publicly about being quarantined in a tent with no shower. She was later released to finish out her quarantine at her home in Maine after testing negative for the virus.

New York Gov. Andrew Cuomo appeared to soften the quarantine under public pressure, saying that health care workers could be quarantined at home and would be compensated by the state if their jobs did not pay them for the time off. Christie, however, has defended his state's treatment of the nurse.

But the Obama administration has warned that the mandatory quarantines aren't based on scientific principles and could discourage health care workers from going to fight the disease in West Africa, which is necessary to stop it at its source.

"America cannot look like it is shying away because other people are watching what we do. If we don't have a robust international response in West Africa, then we are actually endangering ourselves here back home," the president said Tuesday in his tenth statement on the disease in the past month. "We've got to make sure that those workers who are willing and able and dedicated to go over there, in a really tough job, that they're applauded, thanked and supported. That should be our priority and we can make sure that when they get back they are being monitored in a prudent fashion."

He spoke Tuesday from the South Lawn of the White House before departing for a campaign event in Wisconsin.

Asked about the differing quarantine policies between the military, the states, and the recommendations from the Centers for Disease Control and Prevention (CDC), Mr. Obama said it is appropriate for the military to have different protocols because they are not there voluntarily.

U.S. soldiers returning from Liberia are being placed in isolation in Vicenza, Italy out of concern about the Ebola virus, CBS News national security correspondent David Martin reported Monday.

But for volunteers, the president said, "we want to make sure that when they come back that we are prudent, that we are making sure that they are not at risk themselves or at risk of spreading the disease. But we don't want to do things that aren't based on science and best practices because if we do, then we are just putting another barrier on somebody who is already doing really important work on our behalf."

He reminded reporters that just two people have contracted Ebola on U.S. soil, and that each of the seven Americans who have been treated for the disease so far has survived. One American, Dr. Craig Spencer, is being treated in New York.

Mr. Obama said the military and health care teams working to fight the disease in Liberia are "starting to see some progress" and completing more and more infrastructure. He said it was the hard work of U.S. personnel that was responsible for the successes.

"It's critical that we maintain that leadership. The truth is that we're going to have to stay vigilant here at home until we stop the epidemic at its source," he said.