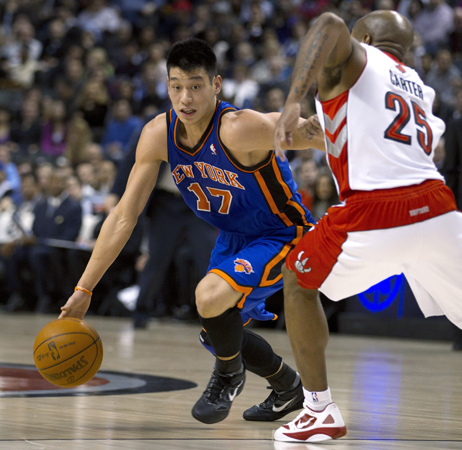 Carney said aboard Air Force One that Mr. Obama is "very impressed and fully up to speed" on Lin's rise to superstardom.

Lin has captivated fans around the world with his play and his path to success. The Knicks guard went undrafted after graduating from Harvard University in 2010. The son of Taiwanese emigrants, Lin is the only active Asian American player in the NBA and was released twice before joining the Knicks in December.

The Knicks are 5-0 since Lin entered the starting line-up Feb. 6. He scored a career high 38 points against the Los Angeles Lakers last Friday and hit a game-winning three-pointer against the Toronto Raptors last night.

"It's just a great story, and the president was saying as much this morning," Carney said. "It's obviously terrific for the New York Knicks, but it's the kind of sports story that transcends the sport itself."