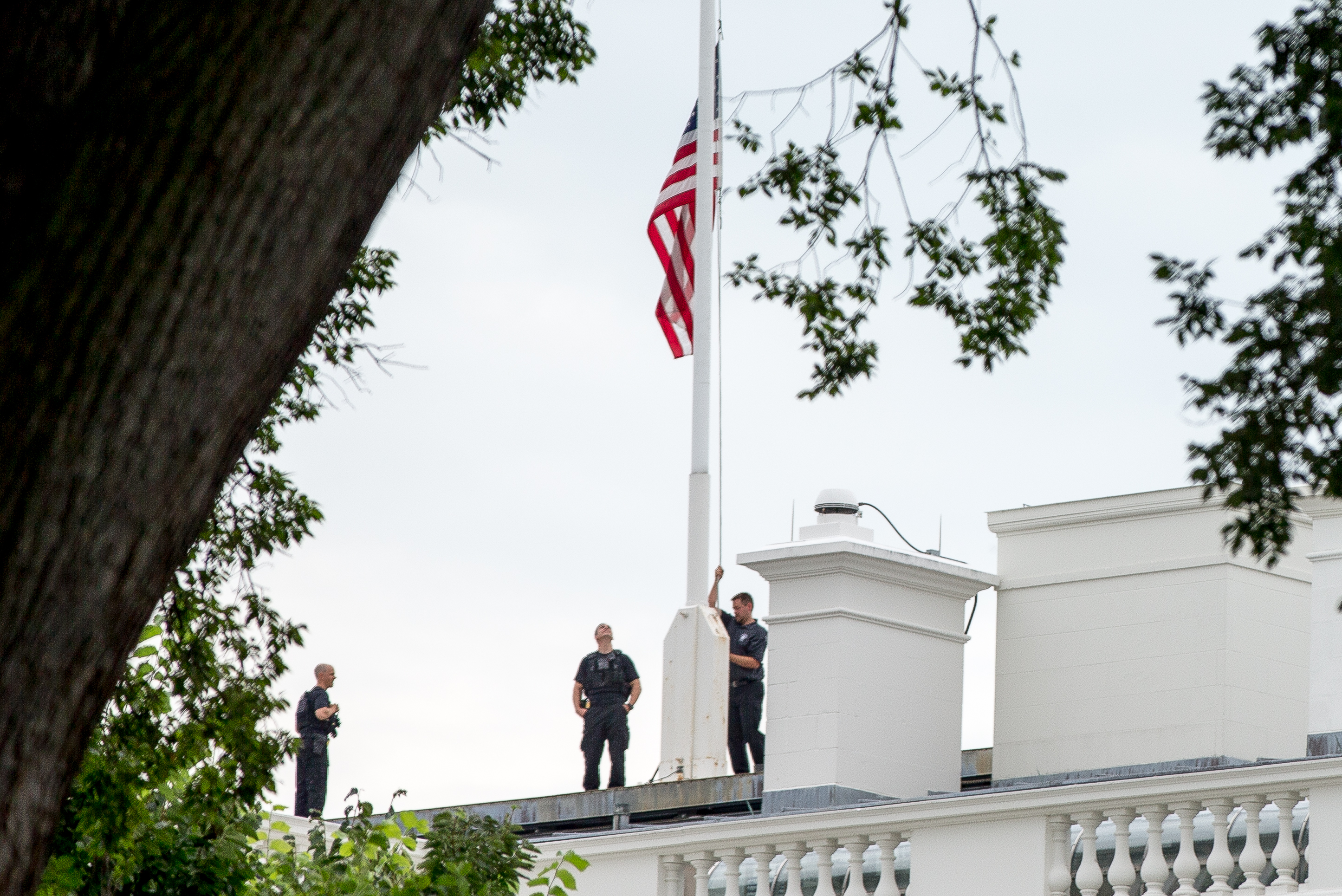 Republicans and veterans are questioning why it took President Obama five days to order the flag flying over the White House to be lowered to half-staff in response to the tragedy in Chattanooga, Tennessee.

The order came just hours after the Republican leadership lowered the flag on the Capitol to honor the servicemen killed. So far, the Obama administration has offered no clear answer as to why it took that long.

"Put the flags at half-mast for the five Marines that were just killed. Why?" presidential candidate Donald Trump said.

Rep. Duncan Hunter, a Marine who served in Iraq and Afghanistan, issued a statement shortly before the President's order, calling the wait to lower the nation's banner "unconscionable."

Mr. Obama has publicly addressed the deaths of the five servicemen twice. First from the Oval Office the day it happened and again Tuesday at a veteran's convention in Pittsburgh.

"As a grateful nation, we must stand up for them and honor them, now and forever," Mr. Obama said.

The president has been quick to order the flag lowered after similar tragedies, issuing a proclamation the same day of the 2012 attacks in Benghazi and after 12 were killed at the Washington D.C. Navy Yard. And it was lowered just one day following the Boston Marathon bombings.

But there's no clear protocol as to when or how quickly the President should order the flag lowered. As late as Monday, no decision on Chattanooga had apparently been made.

"I don't have more information about the status of the flag over the White House," White House Press Secretary John Earnest said Monday.

Retired Marine Joey Jones thinks the commander-in-chief owes him and his fellow veterans an explanation.

"Those flags should have been half-staffed days ago," Jones said. "I think that my leader, my president should explain that to me and communicate that to me as both a civilian but also someone directly connected by this tragedy."

White House sources have given some insight into the apparent delay. There were questions about whether the number of victims warranted the lowering of the flag and if serving in the Armed Forces carries the presumption of greater risk. In the Navy Yard shooting, there were more victims, and all were civilians. The flags will remain at half-staff through Saturday.