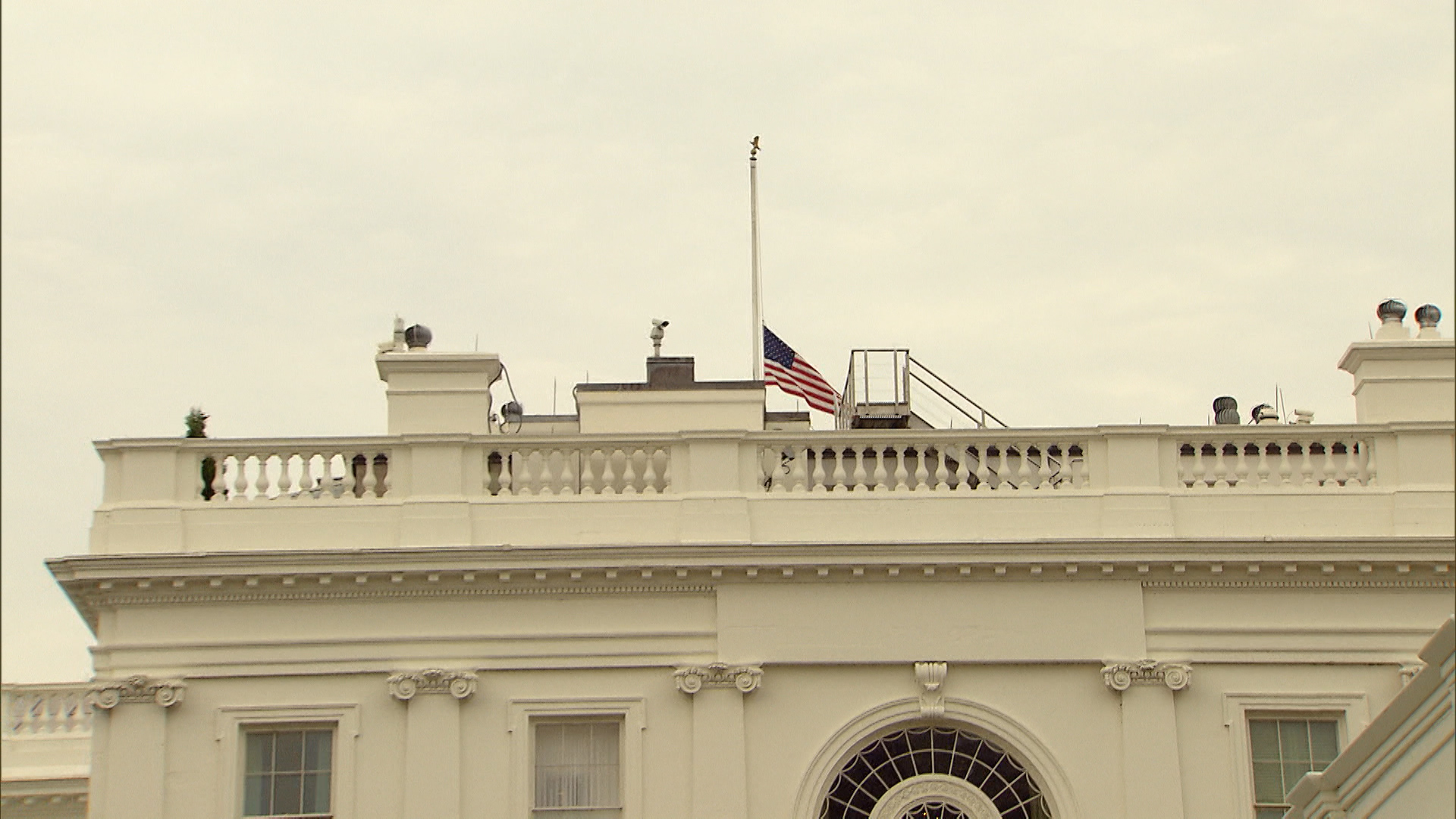 President Obama ordered flags flown at half-staff to commemorate the victims of a shooting in Chattanooga, Tennessee last week that resulted in the deaths of four Marines and a Navy officer.

"Our thoughts and prayers as a Nation are with the service members killed last week in Chattanooga. We honor their service. We offer our gratitude to the police officers and first responders who stopped the rampage and saved lives," the president said in a statement Tuesday. "We draw strength from yet another American community that has come together with an unmistakable message to those who would try and do us harm: We do not give in to fear. You cannot divide us."

The flags will fly at half-staff until July 25 at the White House, on all public buildings and grounds at home and abroad and at all military posts, naval stations and naval vessels.

The move comes as the president was facing rising pressure from Republicans to lower the flag. House Speaker John Boehner ordered flags to half-staff at the U.S. Capitol Tuesday morning and said there would be a moment of silence on the House floor later that day. Several other Republican governors, including Tennessee Gov. Bill Haslam, have done the same.