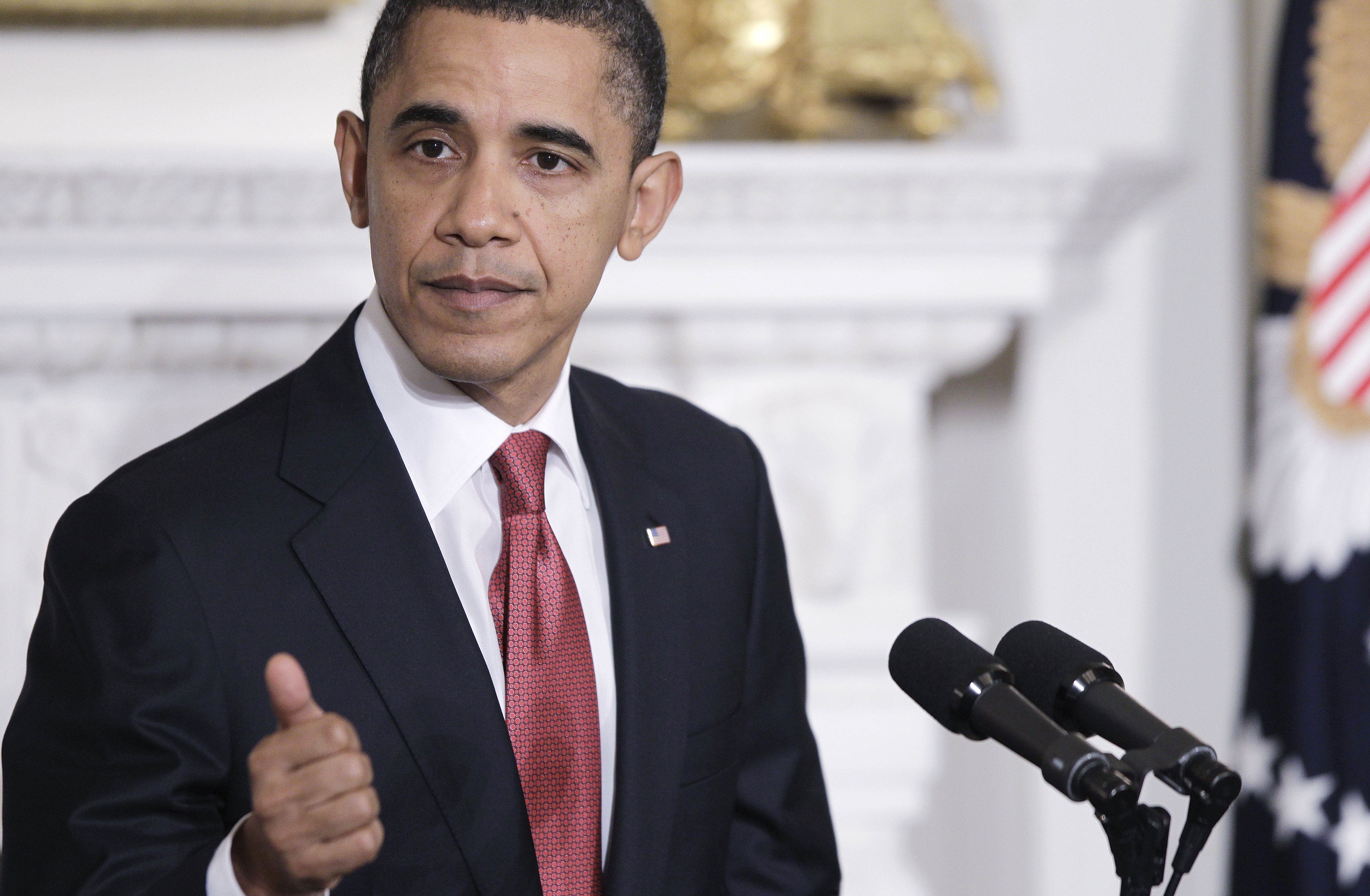 Updated at 5 p.m. ET with a response from Gov. Scott Walker's office to President Obama's statements.

With the conflict continuing in Wisconsin over public unions' collective bargaining rights, President Obama on Monday reiterated his support for public sector workers.

"I don't think it does anybody any good when public employees are denigrated or vilified or their rights are infringed upon," the president said in a speech to the National Governors Association. "If all the pain [of addressing budget deficits] is borne by only one group -- whether it's workers, or seniors, or the poor -- while the wealthiest among us get to keep or get more tax breaks, we're not doing the right thing. I think that's something that Democrats and Republicans should be able to agree on."

Protestors continued Monday to protest in the capitol building in Madison, Wisconsin over Republican Gov. Scott Walker's proposal to scale back public workers' benefits as well as many of their collective bargaining rights. Public workers and their supporters argue that eliminating most public unions' collective bargaining rights has nothing to do with the budget and that the governor should drop that element of his plan.

Walker isn't budging, however. He says the Wisconsin Senate Democrats that have remained out of state for days in protest of the bill need to return by Tuesday to pass other critical elements of his plan -- or else there may be thousands of layoffs. He's also planning to unveil his two-year budget plan on Tuesday, a proposal which would cut aid to schools and local governments by more than $1 billion.

Public workers and their supporters are also anchored to their position. Today, Wisconsin members of the American Federation of State County and Municipal Employees (AFSCME) filed an unfair labor practice complaint with the Wisconsin Employment Relations Commission against Walker. The complaint alleges Walker has violated his legal duty to bargain in good faith.

"This governor has never made any attempt to contact the unions he is attacking, much less negotiate in good faith as required by law," Marty Beil, the executive director of a local AFSCME council, said in a statement. "Instead of trying to find real solutions to the challenges facing the state, the governor is attempting to dictate terms. This not only in ineffective, it's against the law."

The pro-union protesters are standing their ground as well -- literally. Last night, capitol police allowed protesters to stay overnight in the capitol building after they refused to leave after they showed they were remaining peaceful and cooperative, the Milwaukee Journal Sentinel reports. The protests continue today, although Wispolitics.com reports that the state said this morning it's not allowing any more protesters to enter the capitol until the remaining demonstrators comply with orders to clear the building.

At least one Wisconsin Republican lawmaker, state Sen. Dale Schultz, may be willing to cede some ground to the unions. Dave Dayen of FireDogLake and other reporters on the scene have reported that Schultz was considering voting against the budget-repair bill, since Republicans refused to take out the language relating to collective bargaining rights. Earlier, Schultz unsuccessfully pitched a "compromise" proposal to temporarily scale back bargaining rights for two years.

Schultz's chief of staff said the rumor of his "no" vote is untrue, Wispolitics.com reports, but added that Schultz has not told anyone how he will vote.

"He continues to work with his colleagues in hopes of finding a compromise," spokesman Todd Allbaugh said.

Dayen reports that the rumor prompted protesters to draw up signs with phrases such as, "We need 3 Cou(R)ageous Senators," referring to the three votes needed to block the bill.

The 14 Democratic state senators remain out of state in an effort to deny Walker a quorum to pass the bill. Walker says they must return by Tuesday because that's when an option to refinance $165 million in debt expires. (The state faces a budget shortfall of $137 million this fiscal year.)

"Failure to return to work and cast their votes will lead to more painful and aggressive spending cuts in the very near future," Walker's spokesperson Cullen Werwie said in a statement, the Journal Sentinel reports.

State Sen. Jim Holperin said the Democratic senators will discuss the refinancing deadline on Monday, saying they "take it very, very seriously," according to the Journal Sentinel. He added, however, that preserving union rights remained their priority.

"I'm sure the President knows that most federal employees do not have collective bargaining for wages and benefits while our plan allows it for base pay," he said. "And I'm sure the President knows that the average federal worker pays twice as much for health insurance as what we are asking for in Wisconsin. At least I would hope he knows these facts... I'm sure that President Obama simply misunderstands the issues in Wisconsin, and isn't acting like the union bosses in saying one thing and doing another."