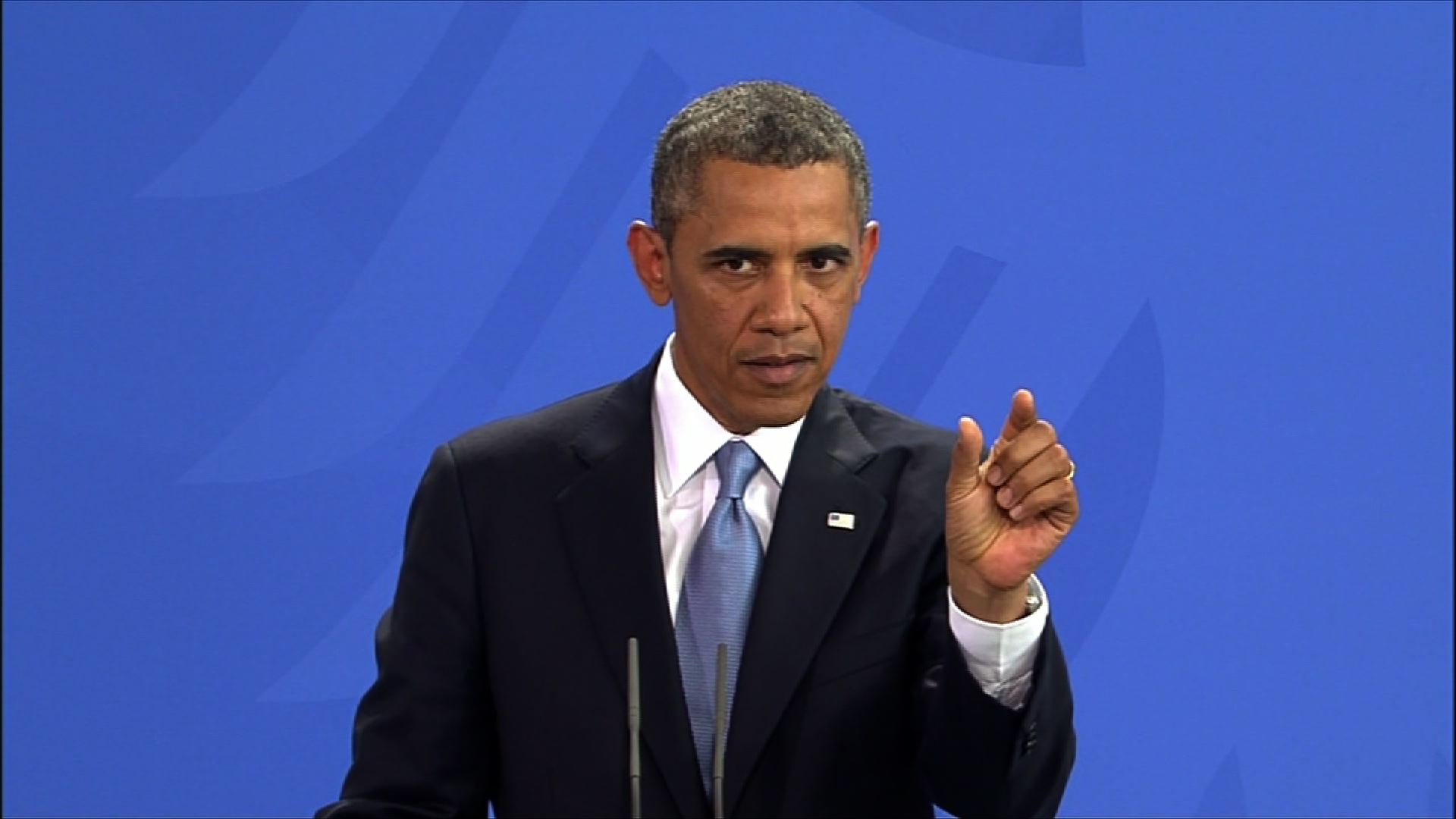 President Obama on Wednesday continued his administration's defense of the controversial NSA surveillance programs at the center of an ongoing national debate, arguing that the data-gathering methods under scrutiny are "narrow" in focus and that their intelligence has helped saved lives.

Mr. Obama, speaking alongside German Chancellor Angela Merkel during a trip to Berlin, echoed his administration's recent defense of the programs, contending that "this is not a situation in which we are rifling through, you know, the ordinary emails of German citizens or American citizens or French citizens or anybody else" but rather "a circumscribed, narrow system directed at us being able to protect our people."

At a Tuesday congressional hearing, FBI Deputy Director Sean Joyce outlined four different attacks he said had been derailed as a result of the surveillance methods, which involve collecting phone records and internet metadata.

"We know of at least 50 threats that have been averted because of this information - not just in the United States, but in some cases threats here in Germany," he said. Tuesday, NSA director Keith Alexander and FBI officials disclosed four potential terrorist acts that were thwarted because of the controversial surveillance and told lawmakers they would reveal to them the full list of 50 in a classified briefing Wednesday.

"We have had a steady, consistent policy which is, we want a Syria that is peaceful, nonsectarian, democratic, legitimate, tolerant and, you know, that is our overriding goal. We want to end the bloodshed. We want to make sure that chemical weapons are not used and that chemical weapons do not fall into the hands of people who would be willing to use them," he said. "It's also been our view that the best way to get there is through a political transition... So the question now is just, as a practical matter -- and this is what I said to President Putin -- as a practical matter, if, in fact, Syria is to remain a unified country and the bloodshed is going to end, how do we do that? The only way to do that is through some sort of political transition process."