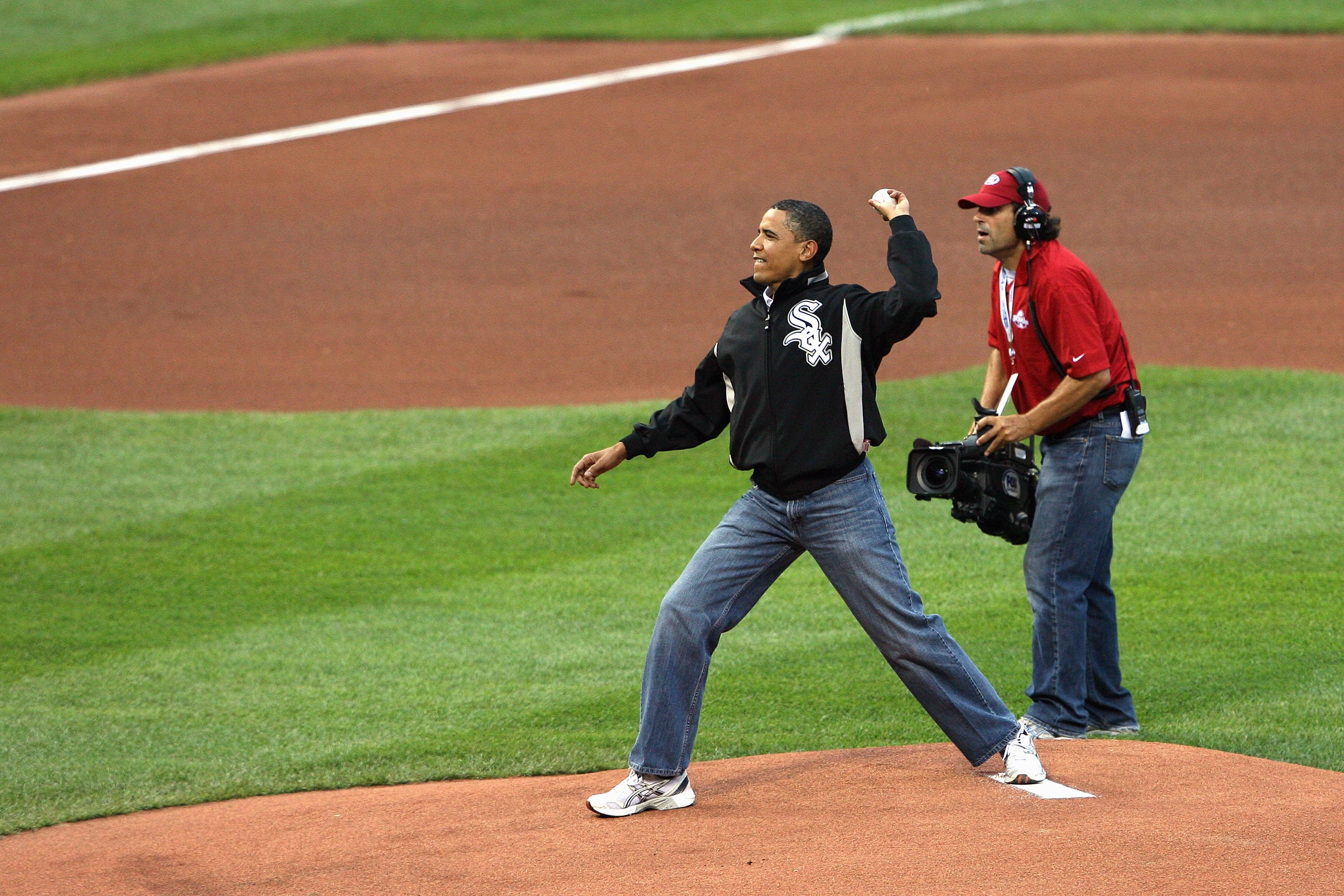 President Obama to this day gets lampooned for the horrible jeans he wore to throw out the first pitch at the 2009 MLB All-Star Game, but the president insists he's gotten a bad rap.

"I've been unfairly maligned about my jeans," Mr. Obama joked Thursday on the radio show "On Air with Ryan Seacrest."

"The truth is, generally I look very sharp in jeans," he said. "There was one episode like four years ago in which I was wearing some loose jeans mainly because I was out on the pitcher's mound, and I didn't want to feel confined while I was pitching and I think I've paid my penance for that. I got whacked pretty good. Since that time, my jeans fit very well."

The subject came up because the president recently missed a good opportunity update his look -- he recently stopped at the Gap in New York City to applaud the retailer's decision to raise its employees wages. He made some purchases for First Lady Michelle Obama and their daughters, but he didn't buy any new jeans for himself.

The 2009 baseball game wasn't the only time the president was caught wearing less-than-flattering jeans. In 2010, for instance, the president was biking in Martha's Vineyard with his daughter Malia in some ill-fitting pants.
It may seem like an insignificant matter, but at least one of Mr. Obama's political foes -- former Alaska Gov. Sarah Palin -- seems to think the president's jeans are hurting foreign relations.

"Look, the perception of Obama, of him and his potency across the world is one of such weakness," Palin told Fox News' Sean Hannity. "People are looking at Putin as one who wrestles bears and drills for oil. They look at our president as one who wears mom jeans and equivocates and bloviates."