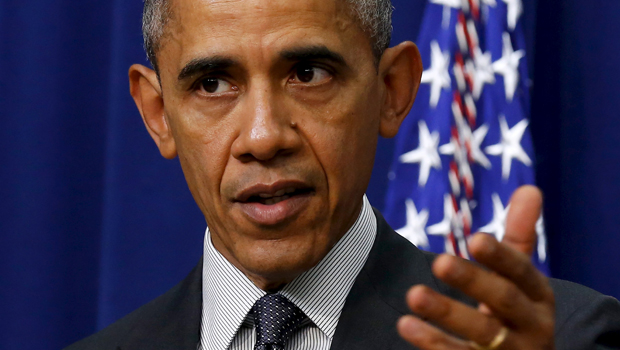 President Obama sat down for an off-the-record meeting with media columnists to explain his resistance to scaling up the war against ISIS with ground troops, the New York Times reports.

Building up a significant ground presence in Iraq and Syria could result in the death of 100 American soldiers every month, the president reportedly argued. On top of that, he predicted it could leave an additional 500 soldiers injured every month while costing the American public up to $10 billion a month.

Moreover, if he were to send a significant ground force to Syria, that could eventually lead to calls for troop deployments in even more countries, like Libya or Yemen.

Several unnamed people who were in the room for the meeting described it to the New York Times. The meeting reportedly took place just hours before the Republican presidential debate in Las Vegas on Tuesday, during which the GOP candidates called for more aggressive tactics in the fight against ISIS.

The president also reportedly expressed his frustration with GOP front runner Donald Trump's proposal to ban all Muslims from entering the U.S. Mr. Obama reportedly said that Trump's bigotry doesn't make him an outlier in the GOP but rather the culmination of years of race-baiting and fear-mongering from the Republican Party.

While Mr. Obama is opposed to a full-scale ground war against ISIS, the president has ordered at least a few dozen special forces to go to Iraq and Syria.

Meanwhile, the president has in recent days tried to assure the nation that he has a firm grasp on the fight against Islamic extremists. He's taken steps, starting with a national televised address earlier this month, to reassure people the issue is under control. On Thursday, the president visted the National Counterterrorism Center. After meeting with his national security team, Mr. Obama said to the public, "As you ring in the new year, you've got dedicated patriots working around the clock across the country to protect us all."