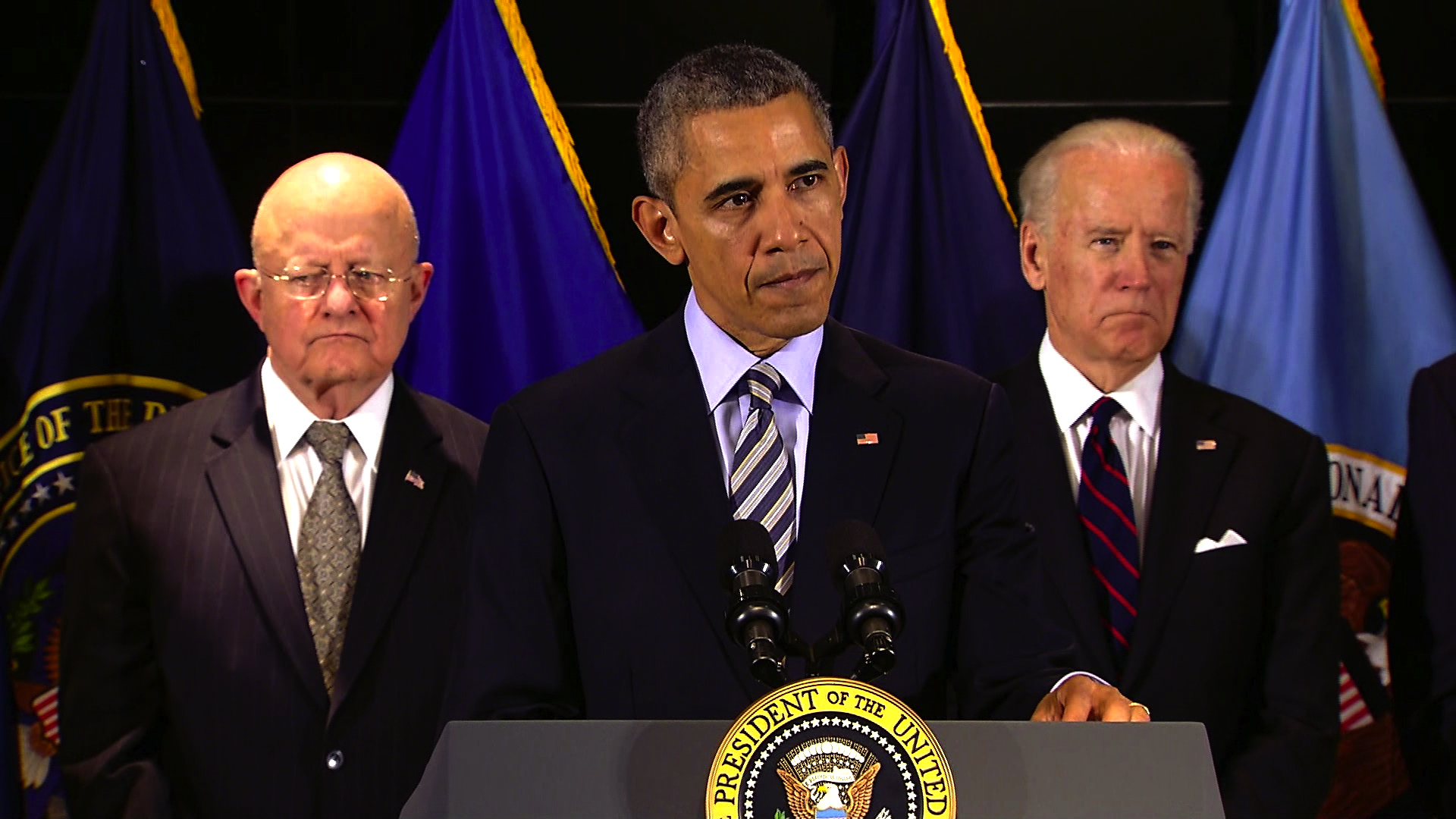 President Obama on Thursday sought to reassure the American people that the nation's counterterrorism efforts are robust as the holidays approach.

At a press conference after meeting with his national security team, the president said the U.S. has no intelligence indicating a specific, credible terrorist threat.

"I want to repeat what my team just told me: At this moment, our intelligence and counterterrorism officials do not have any specific and credible information about an attack on the homeland," Mr. Obama said at the National Counterterrorism Center in McLean, Virginia.

"That said, we have to be vigilant," he added.

In the wake of the Nov. 13 terrorist attacks in Paris and the San Bernardino shooting on Dec. 2, Mr. Obama said the administration is taking steps to strengthen national security efforts

"As you ring in the new year, you've got dedicated patriots working around the clock across the country to protect us all," he said. "Over the years, they have taken countless terrorists off the battlefield, they have disrupted plots, they have thwarted attacks, they have saved American lives."

Mr. Obama reiterated that the U.S. is facing "a new phase of terrorism" in which lone actors who plot terrorist attacks are harder to detect.

Given the new environment, the president said the U.S. is going after terrorists in Iraq and Syria, taking steps to prevent terrorist from getting into the U.S. and sharing more information with the public about possible threats.

His visit to the National Counterterrorism Center comes a few days after the president received an update on military operations against the Islamic State in Iraq and Syria (ISIS) at the Pentagon.