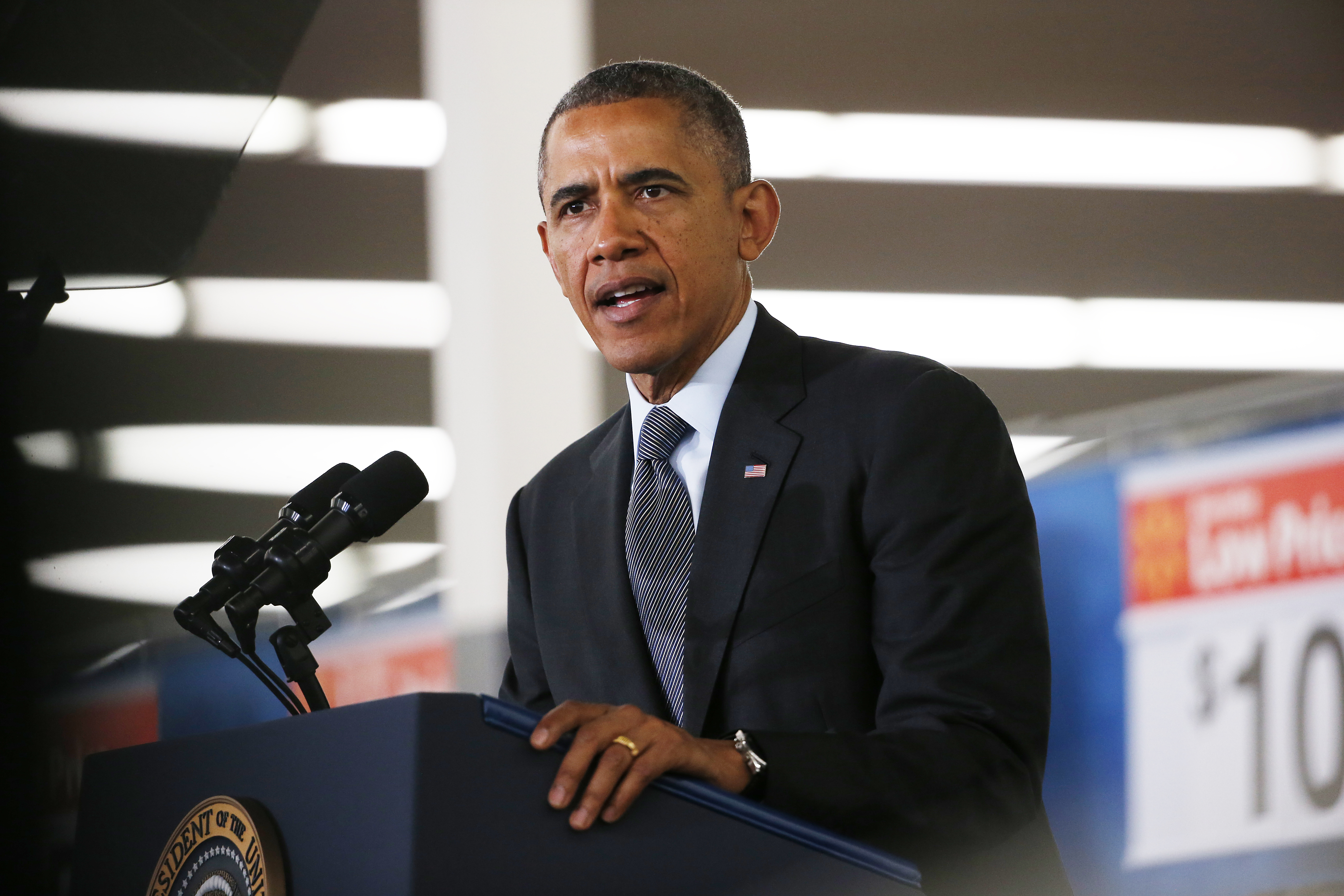 President Obama on Friday stopped at a Walmart in Mountain View, Calif. to make the case that investing in renewable energy and energy efficient technologies makes economic sense.

"Walmart already has the most on-site solar capacity of any company in America and now plans to double that capacity, Mr. Obama said. Walmart's investment in solar capacity could save the company $1 billion a year in energy costs, Mr. Obama pointed out.

The chain store is one of more than 300 organizations that has committed to the White House to using cleaner and more efficient energy. Mr. Obama on Friday touted those commitments, as well as executive actions his administration is taking to reduce carbon pollution in the United States.

While some critics of the White House's agenda say that clean energy is too costly, the president said, "It will be good for the economy long term." Ultimately, not responding to the impacts of climate change will be costlier, he said.

"Rising sea levels, drought, more wildfires, more severe storms -- those are bad for the economy," he said. "We can't afford to wait... The sooner we work together to adapt our economy to this reality of climate change, the more likely it is that we do right by our kids and leave a more stable world."

He added, "That's what Walmart understands, and Walmart's pretty good at counting its pennies."

Mr. Obama also announced on Friday a $2 billion commitment to improve the energy efficiency of federal buildings. The long-term energy savings will pay for the upfront costs, according to the White House.

Additionally, Mr. Obama said, the Energy Department will provide support for community college training to help as many as 50,000 Americans enter the solar sector. The Department of Housing and Urban Development is also introducing incentives to encourage the use of renewable technologies in public housing.

Mr. Obama's decision to deliver his remarks at a Wal-Mart did elicit some anger from some environmentalists and labor unions.

Stacy Mitchell, a senior researcher at the Institute for Local Self-Reliance, noted in an op-ed that Wal-Mart is "one of the biggest and fastest-growing climate polluters on the planet" and actually lags behind many competing retailers that already run on renewable power.

Friends of the Earth President Erich Pica similarly said in a statement that Mr. Obama's visit was "puzzling" and "wildly inconsistent with the president's push for greater economic equity and greater action on global warming."