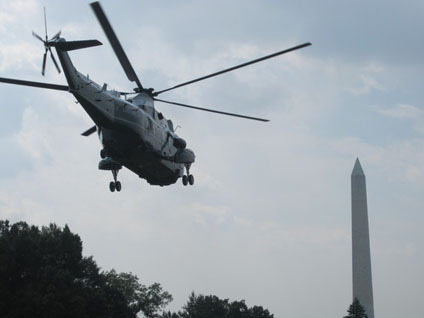 He choppered to Gelberg Signs, the Washington, D.C.-based company where he'll deliver remarks on the economy and July employment numbers. According to Google maps, the drive would have taken about 20 minutes from the White House.

By CBS News' Mark Knoller's count, this is the president's 300th flight on Marine One.

As to why the president choppered to a company in D.C., spokesman Bill Burton said, "Probably because it's an easier than a motorcade through the city in the middle of the day."