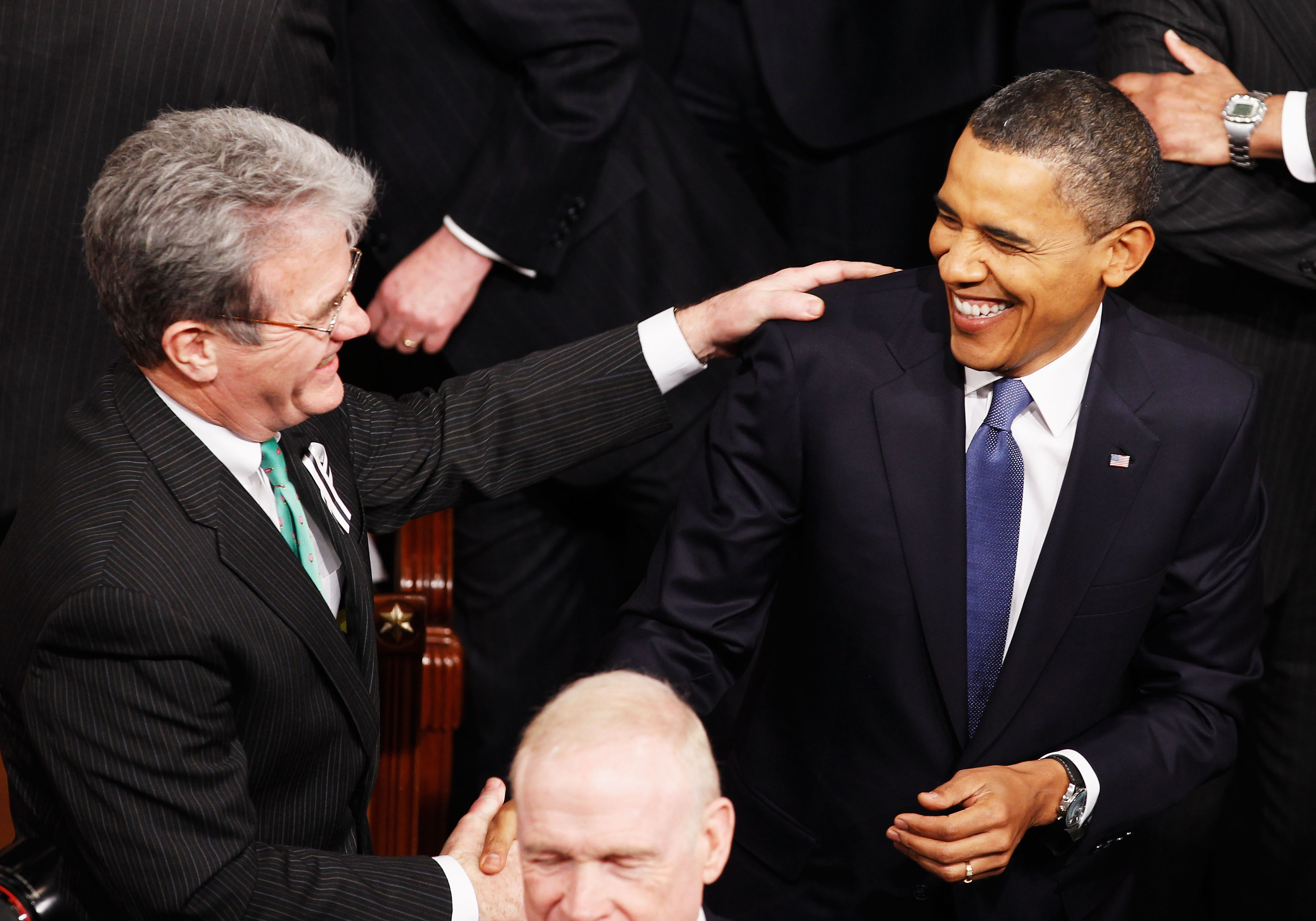 Members of the Obama administration and congressional Republicans, so frequently at each others' throats, briefly laid down their arms on Thursday to pen a pair of love letters in the 2013 Time 100, described by the magazine as "an annual list of the 100 most influential people in the world."

"Too often in Washington, opposing sides don't speak to one another," Cantor wrote. "The best way to find solutions and common ground is to build personal relationships built on trust. No one in Washington understands this better than Joe Biden. "

"His list of accomplishments is impressive," Cantor continued, " but most impressive to me is his ability to build bridges, bring people together and get things done. Even though we disagree on many issues, he creates opportunities for future collaboration" by "treating people with kindness and respect and by speaking with honesty and candor."

Cantor worked arm-in-arm with Biden on the failed debt ceiling negotiations during the summer of 2011. Although those negotiations yielded more friction than compromise, with Cantor walking away from the negotiating table after it became clear the gulf was too wide to bridge, Cantor says he came away from the experience as a "friend" of Biden's.

"I value his insights and understanding of how Washington works," Cantor wrote. "And how it can work better for all Americans."

Not to be outdone in the "Kumbaya" department, President Obama wrote his own friendly essay about Sen. Tom Coburn, R-Okla., a close friend of the president's who also happens to be one of the most staunchly conservative members of the upper chamber.

"Tom Coburn and I don't always agree on the issues," the president wrote, "But after we entered the senate at the same time, our wives, Michelle and Carolyn, hit it off at an orientation dinner."

"We've bonded over family and faith. And we've harnessed our friendship and mutual respect to find places where we can agree and work together to move this country forward," the president added, naming government transparency and earmark reduction as areas of collaboration between the unlikely bedfellows.

"The people of Oklahoma are lucky to have someone like Tom representing them in Washington," the president wrote. "After I took office, Tom received dozens of letters from Oklahomans complaining that we looked too close on TV. Tom's response was 'How better to influence somebody than to love them?'"

"Each of us still hopes the other will see the light," concluded Mr. Obama, "But in the meantime, we'll settle for being friends."