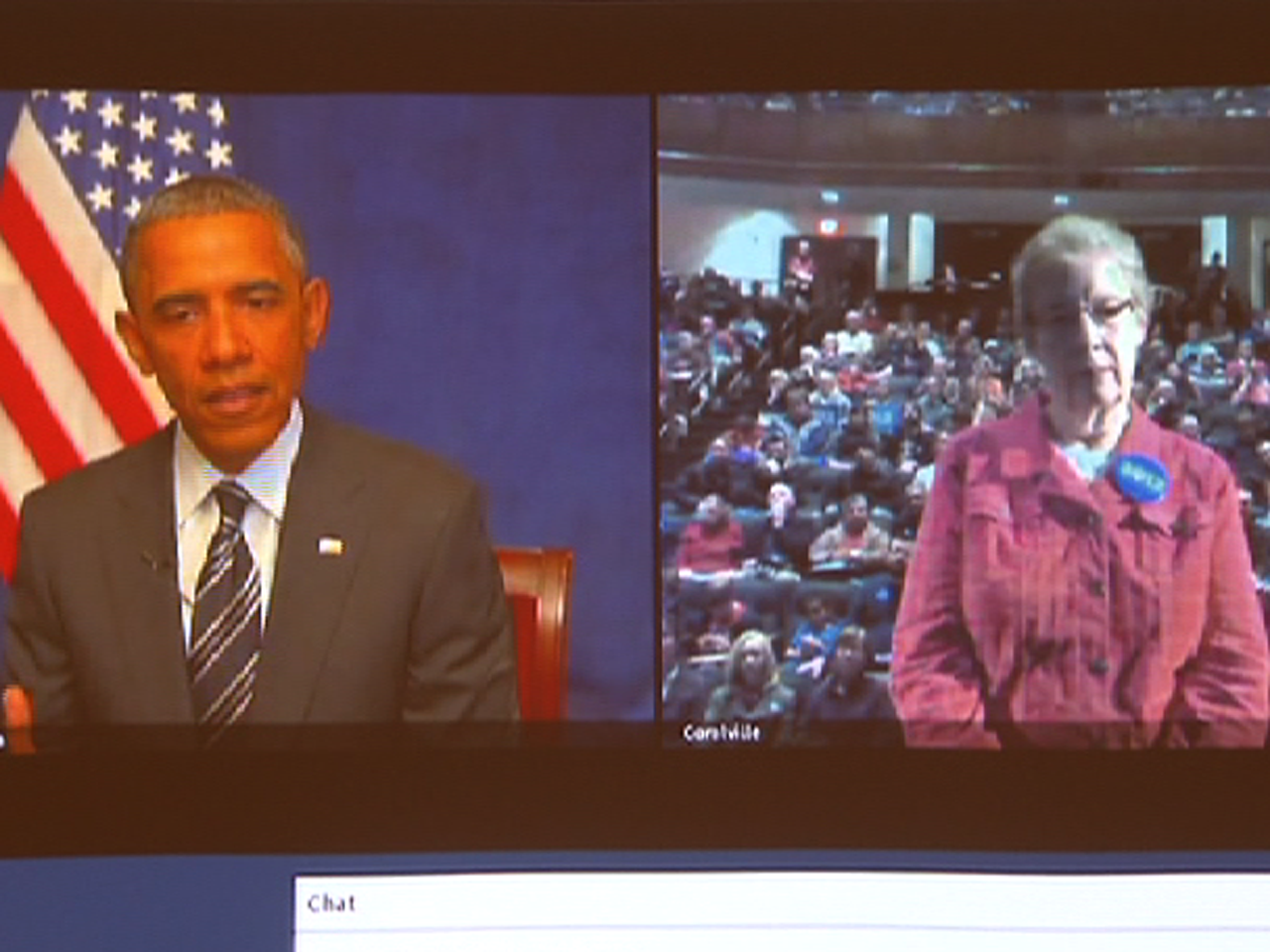 As he made his case for re-election, Mr. Obama took on a conciliatory tone, telling Iowans he needed more time to keep campaign promises made when he won the Iowa caucuses four years ago.

"We didn't know at the time how severe the economic crisis was going to be," Mr. Obama, visibly more gray than in 2008, said. "We didn't fully appreciate at the time the worldwide magnitude of the financial crisis."

Mr. Obama's message Tuesday night echoed recent speeches- that everyone should get a "fair shot" and touted the 2010 overall of Wall Street rules as evidence he is looking out for the little guy.

Voters were engaged in the video, but there was no cheering, chanting or clapping for the president's message during the address, distributed to more than 200 caucus locations throughout Iowa.

Despite some technical difficulties, Mr. Obama was able to take questions from the Iowa audience, including a woman from Cedar Rapids who asked him to address critics who say he hasn't accomplished anything as president.

"The main message that we're going to have in 2012 is that we've done a lot but we've got a lot more to do, and that's why we need another four years to get it all done," Mr. Obama responded.

The video conference addressed about 250 Democratic caucus sites throughout the state. The president appeared from the Capital Hilton and not from the White House, as this was a campaign event.

This was also the president's first appearance since returning from a holiday vacation to Hawaii early Tuesday.