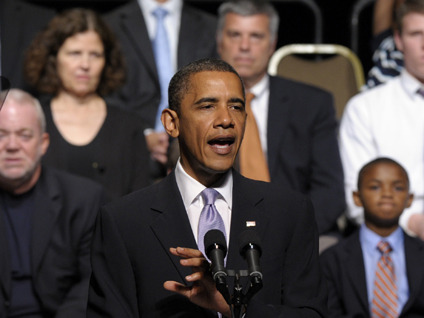 This better be one heck of a party: A Democratic source tells CBS News that there will be two events open to celebrate President Obama's birthday next month, with a ticket for one of them going for a cool $30,400.

The events will be on August 5th in Chicago. The president's 49th birthday is August 4th.

According to the Chicago Sun-Times, which first reported the big-money fundraiser, the party will be hosted by real estate mogul Neil Bluhm. The president will also attend a fundraiser August 5th for Democratic Senate candidate Alexi Giannoulias, who is hoping to win Mr. Obama's old Senate seat in Illinois.

While the Republican National Committee didn't do birthday parties for President George W. Bush, it held presidential galas that raised millions of dollars. In 2002, before the soft-money ban went into effect, the RNC's presidential gala raised $33 million. In addition, First Lady Laura Bush would send fundraising appeals tied to her husband's birthday.