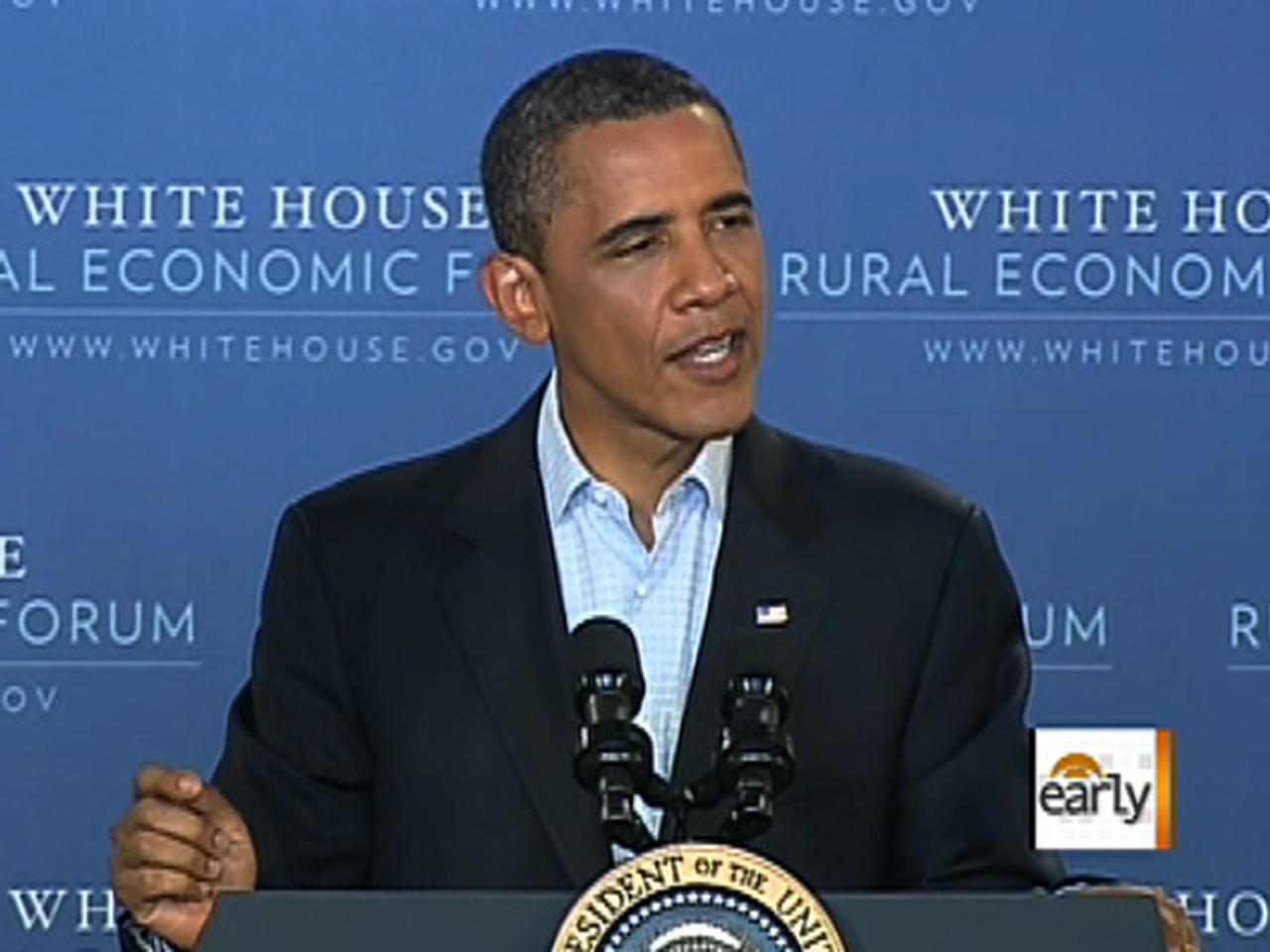 President Obama's approval rating on the the most important issue for his re-election--the economy--has fallen to the lowest level of his presidency, according to a poll released Wednesday by Gallup.

Just over one in four of those asked say they approve of his performance. The 26 percent approval rating is down from 37 percent in May and almost 10 percentage points below his prior low of 35 percent in November 2010.

His disapproval rating on the economy jumped 11 points from May to 71 percent, also a record for his time in office.

The unemployment rate fell slightly to a still elevated 9.1 percent in July, though the economy grew just 1.3 percent in the three months through June after growing at a 0.4 percent pace in the first three months of this year.

The Federal Reserve last week surprised financial markets when it took the unprecedented step of saying it intended to keep interest rates ultra-low for at least two years as it anticipates weak economic conditions and a "subdued outlook for inflation over the medium run."

Mr. Obama' overall approval rating fell to 41 percent in August from 52 percent in May. Each of the major subcategories has fallen.

The president scored his highest approval rating for his handling of terrorism, at 53 percent approval. That is still 10 percentage points lower than the 63 percent rating he scored in May, days after the killing of Osama bin Laden in early May.

His lowest approval rating came for his handling of the federal budget deficit. Just 24 percent of Americans said they approved of the way he has dealt with the deficit, down eight percentage points from his May rating.

The White House and congressional Republicans were involved in a high-profile debate over raising the legal U.S. borrowing limit for much of the time between surveys.

The results are based on telephone interviews of 1,008 adults between August 11-14 and has a margin of sampling error of plus or minus 4 percentage points, Gallup said.