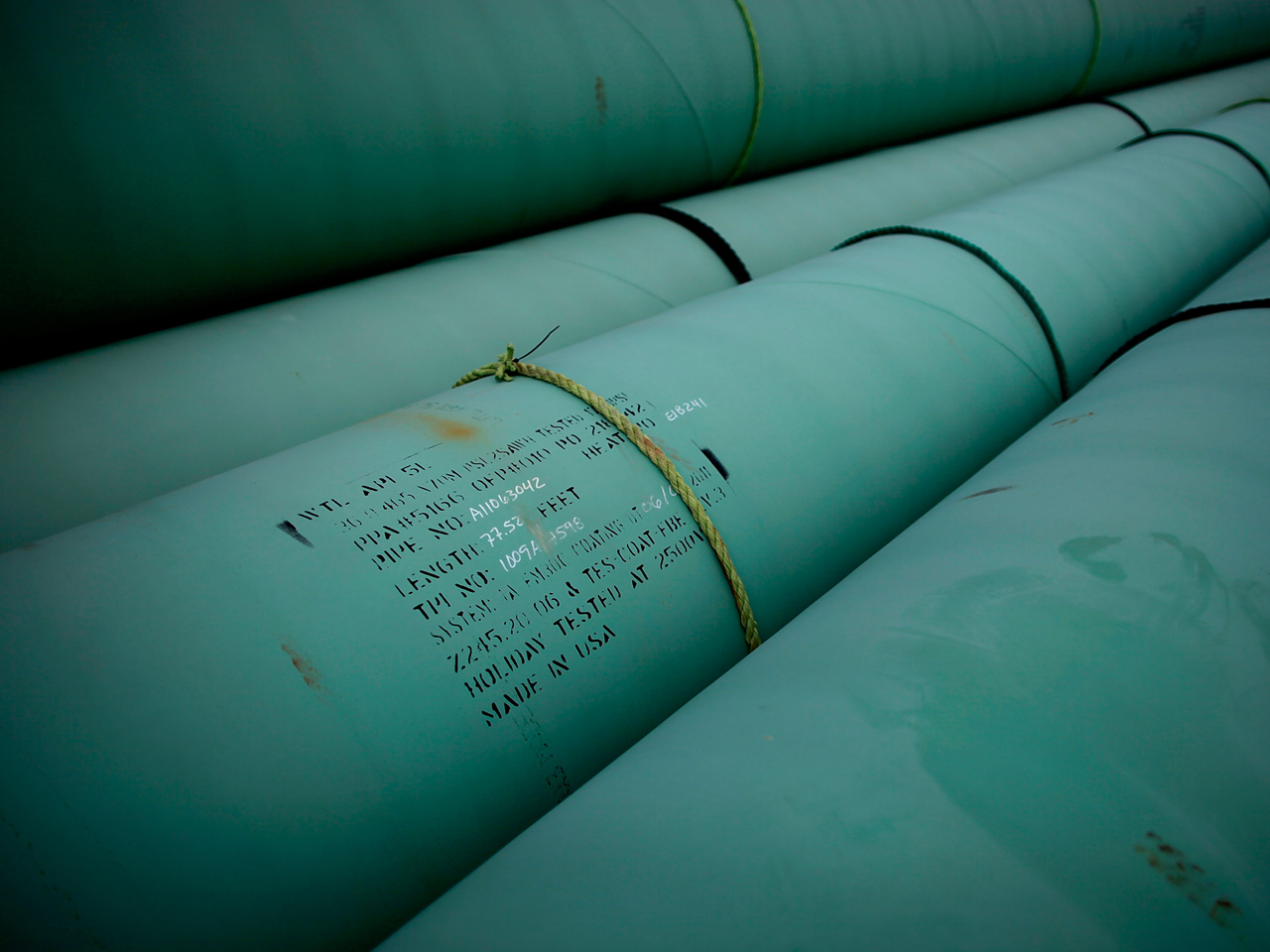 The Obama administration is extending indefinitely the amount of time federal agencies have to review the Keystone XL pipeline, the State Department said Friday, likely punting the decision over the controversial oil pipeline past the midterm elections.

The State Department didn't say how much longer it will grant agencies to weigh in but cited a recent decision by a Nebraska judge overturning a state law that allowed the pipeline's path through the state, prompting uncertainty and an ongoing legal battle. Nebraska's Supreme Court isn't expected to rule for another several months, and there could be more legal maneuvering after that. The delay potentially frees President Obama to avoid making a final call on the pipeline until after the November election.

"The agency consultation process is not starting over. The process is ongoing, and the department and relevant agencies are actively continuing their work in assessing the permit application," the State Department said in a statement.

Republicans were quick to blast the latest delay in a review process that has dragged on for more than five years. Senate Minority Leader Mitch McConnell, R-Ky., accused Obama of kowtowing to "radical activists" from the environmental community, while House Speaker John Boehner, R-Ohio, called the decision "shameful" and said there were no credible reasons for further delay.

"This job-creating project has cleared every environmental hurdle and overwhelmingly passed the test of public opinion, yet it's been blocked for more than 2,000 days," Boehner said in a statement.

In an ironic show of bipartisanship, prominent Democrats from energy-dependent states joined Republicans in blasting the Obama administration for delaying the decision once again. Sen. Mary Landrieu, D-La., who chairs the Senate Energy and Natural Resources Committee, in a statement called the administration's decision "irresponsible, unnecessary and unacceptable" - and "nothing short of an indefinite delay of the Keystone Pipeline."

"By making it clear that they will not move the process forward until there is a resolution in a lawsuit in Nebraska, the administration is sending a signal that the small minority who oppose the pipeline can tie up the process in court forever," she said. "There are 42,000 jobs, $20 billion in economic activity and North America's energy security at stake."

Facing tough reelection in a traditionally red state, Landrieu has taken up a fierce position against the president's energy policies.

"This administration continues to say that its energy strategy is all of the above but its actions have been delay at all costs," she said in the statement. "I plan to use my power as chair of the Senate Energy Committee to take decisive action to get this pipeline permit approved."

But environmental groups fighting the pipeline hailed the delay, arguing that it shows the State Department is taking the arguments against the pipeline seriously.

"This is definitely great news," said Tiernan Sittenfeld, senior vice president for the League of Conservation Voters. "We are very confident as they continue to examine the issues with the lack of legal route in Nebraska and the terrible climate impacts, at the end of the day the pipeline will be rejected."

The announcement from the State Department came Friday afternoon, when many Americans were observing Good Friday and preparing for the Easter holiday. Sen. John Thune, R-S.D., accused the administration of seizing that opportunity to downplay news of the latest delay.

Obama and environmental groups dispute the notion that the pipeline would create many permanent jobs or have a substantial economic impact, but Obama has refused to say whether he will nix it. The 1,179-mile pipeline would travel through Montana and South Dakota to a hub in Nebraska, where it would connect with existing pipelines to carry more than 800,000 barrels of crude oil a day to refineries in Texas.

The pipeline project, proposed by Canadian company TransCanada, has become a proxy for a larger battle between environmental activists and energy advocates over climate change and the future of American energy.

In January, the State Department said that building the pipeline would not significantly boost carbon emissions because the oil was likely to find its way to market no matter what. Transporting the oil by rail or truck would cause greater environmental problems than the pipeline, the report said.

The State Department has jurisdiction because the pipeline would cross the border between the U.S. and Canada.