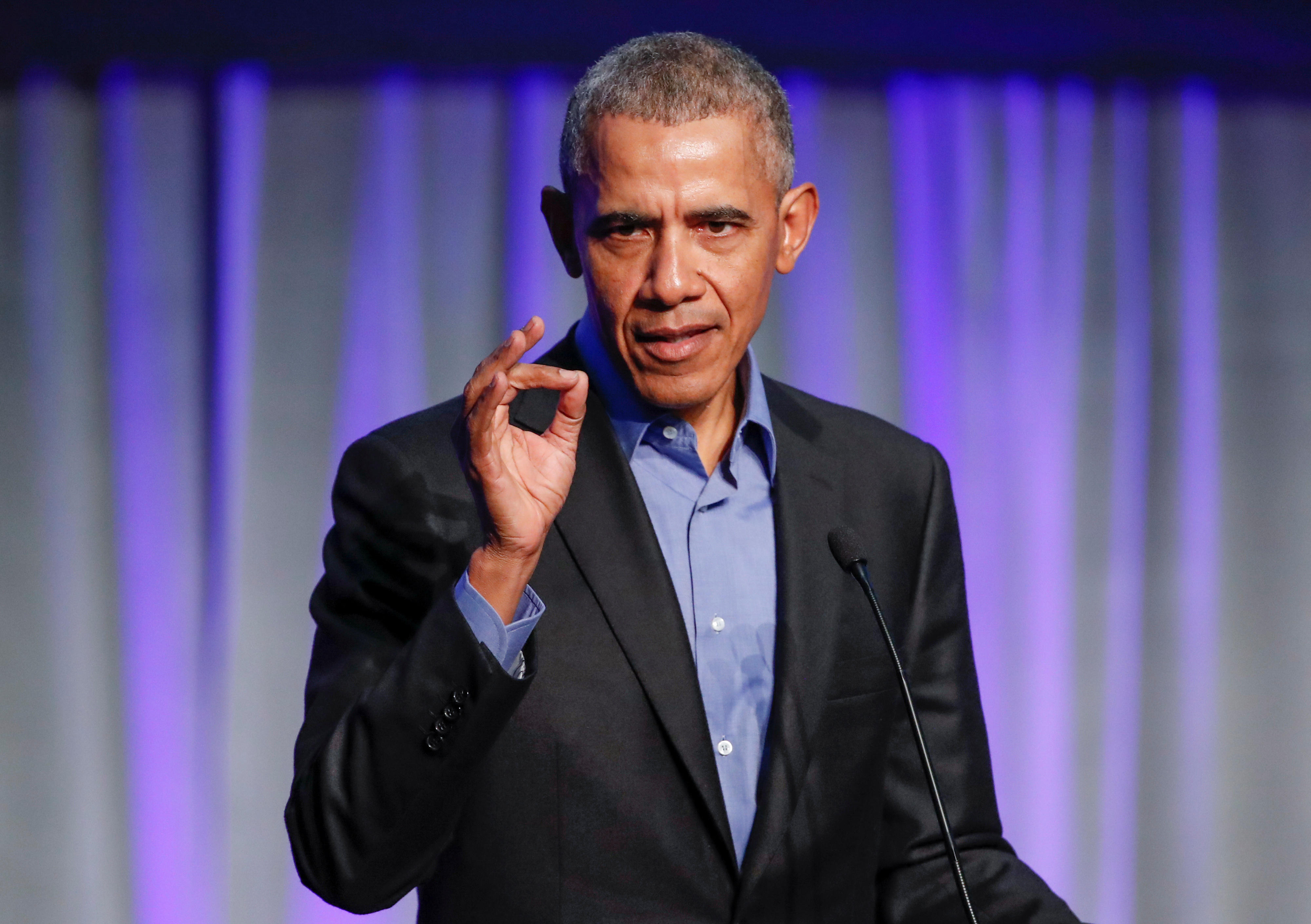 Former President Obama on Tuesday warned that the climate is "changing faster than our efforts to address it," and while he derided the Trump administration for pulling out of the Paris climate accords, he said it's ultimately up to every individual to tackle the issue.

Speaking in Chicago to mayors at a climate summit, the former president noted the "conveyor belt" of hurricanes this year and western cities dealing with "longer and harsher" wildfire seasons.

"Climate is changing faster than our efforts to address it," said Obama, who noted that his administration's effort to deal with the issue "wasn't because of some ideological notions about the environment." "It was a very practical understanding, based on the science, that if we did not get this issue right, then just about every other issue would be adversely affected."

Obama ratified the Paris agreement in 2015, and President Trump said in June that the U.S. would pull out of it. Syria recently said that it planned to join the accord, making the U.S. the only nation in the world that doesn't belong to it, which Obama said is a "difficult position to defend."

"[The] good news is the Paris agreement -- it was never going to solve the climate crisis on its own," he said, adding it was going to be "up to all of us."

The former president said that climate change should be an "obsession" for Americans and having a plan to address it, he said, should be a "prerequisite" for anyone running for office. He also warned about people listening to news that doesn't come from a neutral source.

"We live in a time when everything is contested -- and so often because of the splintering of our media, it is possible to only occupy a world in which the facts that come in conform to your pre-existing conceptions," he said. "And that's a challenge particularly for democracies."

Obama said that as people get older, you become more aware of your mortality and want to make sure that "your kids and their kids are going to be OK."

While he said that people can't protect their children and grandchildren from heartbreak or mistakes in life, "this is something we can do something about."

Chicago Mayor Rahm Emanuel and a number of other mayors have signed onto the Chicago Climate Charter, committing to reduce emissions.