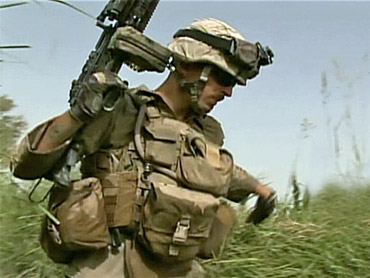 Back in January Democrats were toasting Barack Obama's accession to power as the augury of a once-in-a generation political shift in favor of the Democrats. Just like Franklin Delano Roosevelt and the New Deal era.

So much for any FDR analogies, at least for now. Little more than halfway through Mr. Obama's first year in the White House, we're already reading portrayals comparing him with Lyndon Johnson, who gave up the presidency after a single term because of a failed foreign war.

The analogy isn't precise, though both in Vietnam and Afghanistan, the American public lost confidence in the mission long before their commander-in-chief. Obama underscored his determination to prosecute the war in Afghanistan by defining it last week in as "a war of necessity."

"Those who attacked America on 9/11 are plotting to do so again," he said during an address to the Veterans of Foreign Wars. "If left unchecked, the Taliban insurgency will mean an even larger safe haven from which Al Qaeda would plot to kill more Americans."

Maybe so, but the president is going to have to sell that story to the public at a time of mounting U.S. casualties. What's more, a recent Washington Post-ABC News poll finds that just over 50 percent of respondents said the war in Afghanistan was not worth fighting.

The poll numbers did not escape the attention of the Pentagon. Speaking Sunday during an interview on NBC's "Meet The Press," the Joint Chiefs of Staff Chairman Admiral Mike Mullen said he was concerned by the eroding public support.

For anyone who lived through the 1960s, when LBJ's determination to block the spread of communism in Southeast Asia resulted in more than 500,000 troops being sent Vietnam, there's a familiar echo between past and present. If the U.S. and its NATO allies fail to make progress in Afghanistan, the argument that Afghanistan is a war of choice becomes that much harder. Already, he's getting advice to rethink his assumptions. After Mr. Obama's speech, Richard Haass, the president of the Council on Foreign Relations, wrote a New York Times op-ed flatly contradicting the argument that there are no alternatives to current U.S. policy. Under the title "In Afghanistan, the Choice is Ours," he wrote:

"...there are alternatives to current American policy. One would reduce our troops' ground-combat operations and emphasize drone attacks on terrorists, the training of Afghan police officers and soldiers, development aid and diplomacy to fracture the Taliban."

"A more radical alternative would withdraw all United States military forces from Afghanistan and center on regional and global counterterrorism efforts and homeland security initiatives to protect ourselves from threats that might emanate from Afghanistan. Under this option, our policy toward Afghanistan would resemble the approach toward Somalia and other countries where governments are unable or unwilling to take on terrorists and the United States eschews military intervention."

"Afghanistan is thus a war of choice — Mr. Obama's war of choice. In this way, Afghanistan is analogous to Vietnam, Bosnia, Kosovo and today's Iraq. Wars of choice are not inherently good or bad. It depends on whether military involvement would probably accomplish more than it would cost and whether employing force is more promising than the alternatives."

That's an establishment version of the meme running through criticism of the President from the liberal-left wing of the party. They worry that the U.S. is following a Bush-era policy without seriously examining the assumptions even as circumstances on the ground have changed. Senator Russ Feingold spoke for many progressives when he said earlier this summer that Mr. Obama's decision to send 21,000 more troops - which will bring the U.S. contribution to more than 60,000 soldiers - was mistake.

"I am sad that this has been the deadliest month for our service members in Afghanistan since the war began nearly eight years ago. I continue to be concerned that the troop increase in Afghanistan will lead to more grim milestones like this one and will not have a lasting impact on our ability to deny Al Qaeda a safe haven in that region. Indeed, I am concerned that the so-called surge may actually make matters worse by pushing militants into Pakistan, a nuclear-armed nation which is still not effectively dealing with terrorist sanctuaries in that country."

Of course, if the Afghanistan surge turns into a smashing success, the current narrative about chances for a second Obama term take on a completely different complexion. Assuming, that is, he can get health care reform through.