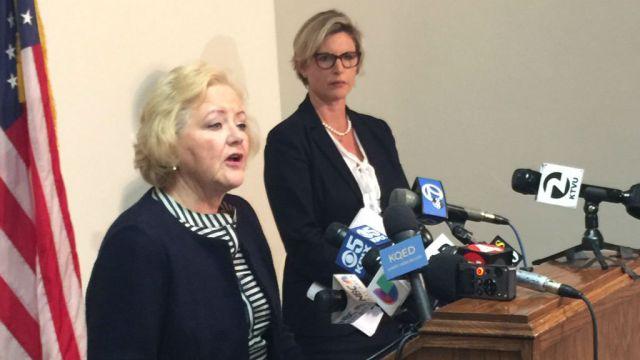 The wide-ranging scandal surfaced when a teenage girl who described herself as a prostitute said she had sex with about 30 law enforcement officials in Oakland and elsewhere in the region.

The officers will be charged with a range of felonies and misdemeanors, including engaging in prostitution, oral copulation with a minor, engaging in lewd acts and obstruction of justice, Alameda County District Attorney Nancy O’Malley said at a news conference.

The now 19-year-old said she had sex with four officers before she turned 18 and sometimes traded sex for protection from arrest or tips about planned prostitution stings.

The Associated Press generally doesn’t identify people who say they are victims of sex crimes.

Seven will serve a range of unpaid suspensions before being allowed to return to duty and another will be required to attend training classes.

The Oakland department previously said two officers implicated in the scandal had resigned and another killed himself last year.

O’Malley also said there was insufficient evidence to substantiate some of what the teen claimed, so at least four officers implicated in the investigation will not be charged and will remain unnamed, the station reports.

The department cycled through three chiefs in 10 days in June after the allegations were first reported in the media.

Six Richmond, Calif., police officers and personnel at other law enforcement agencies have also been implicated.

A Livermore officer who had been on administrative leave resigned Thursday after seeing the results of his department’s investigation.