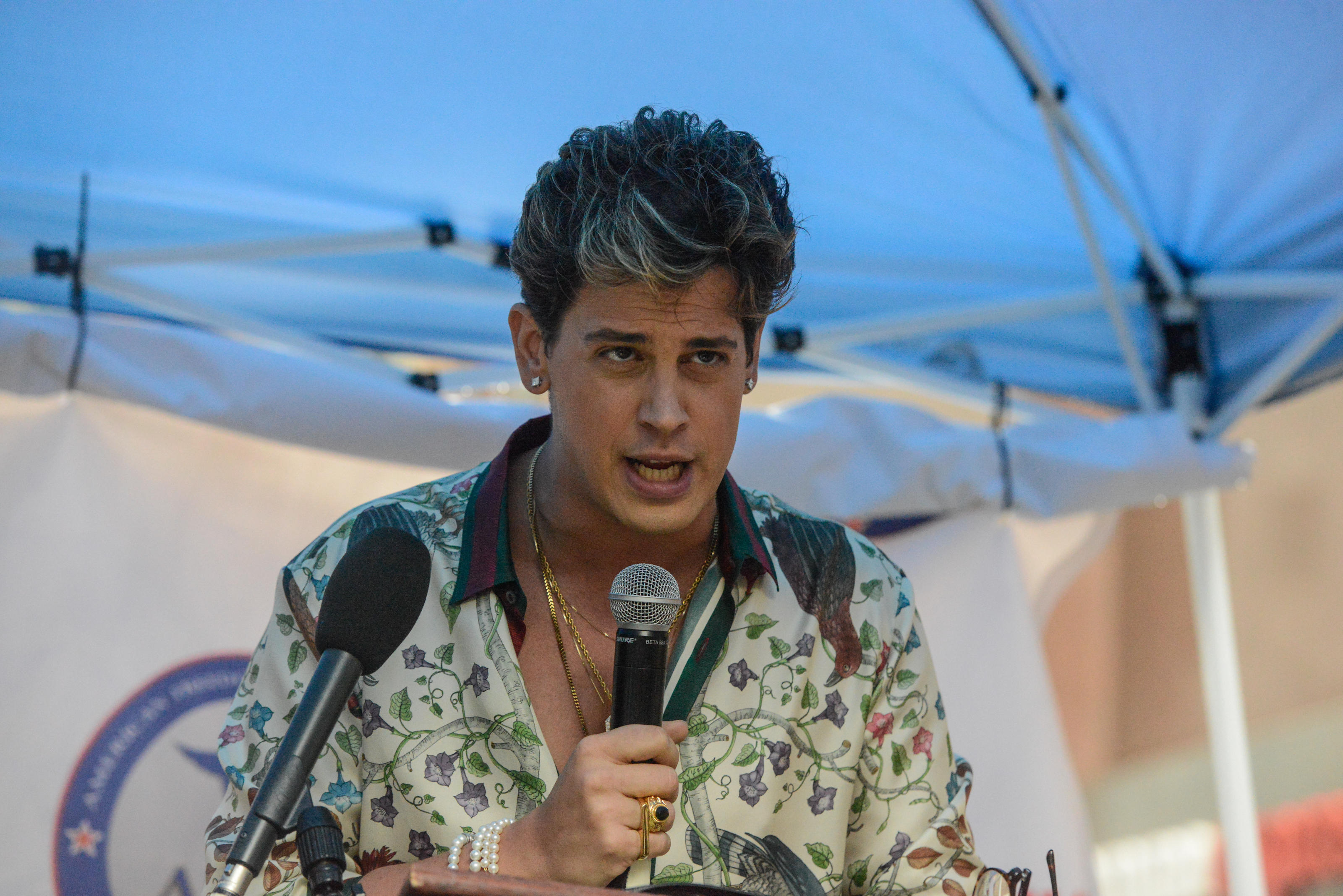 New York University postponed a speech by conservative activist Milo Yiannopoulos, saying it was following a request from Mayor Bill de Blasio for "safety reasons." The request was made "in light of the nearby Halloween parades and NYPD assessments of risk."

"Given the importance of close coordination between NYU's Public Safety personnel and the NYPD to ensuring safety, the university agreed to the postponement," spokesman John Beckman said in a statement.

Yiannopoulos, the outspoken media personality and former Brietbart writer, was invited to speak Wednesday night by liberal studies professor Michael Rectenwald, who refers to himself on Twitter as an "anti-PC cultural and social libertarian. "I was merely trying to arrange a cultural exchange between my class and a harmless person from the center-right," Rectenwald said.

Yiannopoulos, calling himself "the most censored man in America," said in an Instagram post that the cancellation shows that "the entire city of New York is terrified of one gay man stepping out of line and calling out the Left as the intolerant, censorious crybabies they are."

The university learned about the invitation from news reports on Sunday, and NYU Public Safety officials began working on safety planning with police officials Monday, the statement said.

Yiannopoulos has a string of cancelled speech invitations in recent years following protests from university students.