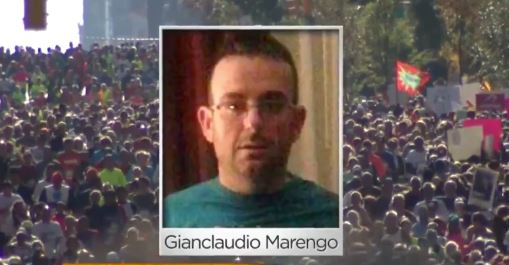 NEW YORK -- An Italian man who traveled to New York to compete in Sunday's NYC Marathon has gone missing, according to police.

Marengo, 30, is described as around 5'8″ and approximately 150 lbs. He was last seen wearing a turquoise shirt, black shorts and an official NYC Marathon Racing Bib with the number #23781, according to police.

Before the race, Marengo was quoted by Italian media as saying he took up running to lose weight and change his lifestyle.

Marengo is recovering from a heroin addicion.

Marengo finished the 26.2-mile marathon in four hours and forty-four minutes, according to the NYC Marathon website.

He never showed up to meet his group at their hotel in Long Island City.