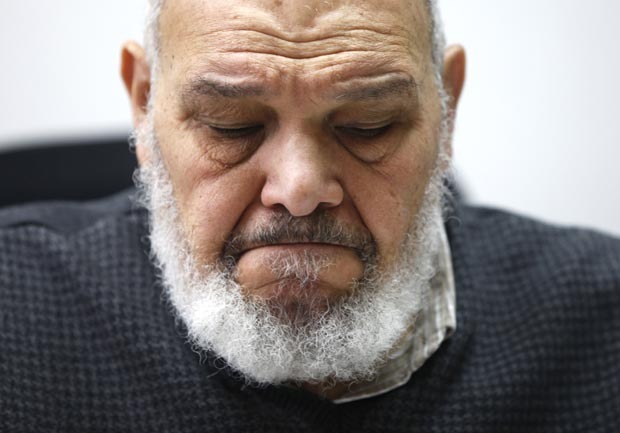 NEWARK, N.J. - Americans living and working in New Jersey's largest city were subjected to surveillance as part of the New York Police Department's effort to build databases of where Muslims work, shop and pray. The operation in Newark was so secretive even the city's mayor says he was kept in the dark.

For months in mid-2007, plainclothes officers from the NYPD's Demographics Units fanned out across Newark, taking pictures and eavesdropping on conversations inside businesses owned or frequented by Muslims.

The result was a 60-page report, obtained by The Associated Press, containing brief summaries of businesses and their clientele. Police also photographed and mapped 16 mosques, listing them as "Islamic Religious Institutions."

Read the document obtained by the AP (pdf)

The report cited no evidence of terrorism or criminal behavior. It was a guide to Newark's Muslims.

According to the report, the operation was carried out in collaboration with the Newark Police Department, which at the time was run by a former high-ranking NYPD official. But Newark's mayor, Cory Booker, said he never authorized the spying and was never told about it.

"Wow," he said as the AP laid out the details of the report. "This raises a number of concerns. It's just very, very sobering."

Police conducted similar operations outside their jurisdiction in New York's Suffolk and Nassau counties on suburban Long Island, according to police records.

Such surveillance has become commonplace in New York City in the decade since the 2001 terrorist attacks. Police have built databases showing where Muslims live, where they buy groceries, even what Internet cafes they use and where they watch sports. Dozens of mosques and student groups have been infiltrated and police have built detailed profiles of ethnic communities, from Moroccans to Egyptians to Albanians.

The documents obtained by the AP show, for the first time in any detail, how those efforts stretched outside the NYPD's jurisdiction. New Jersey and Long Island residents had no reason to suspect the NYPD was watching them. And since the NYPD isn't accountable to their votes or tax dollars, those non-New Yorkers had little recourse to stop it.

"All of these are innocent people," Nagiba el-Sioufi of Newark said while her husband, Mohammed, flipped through the NYPD report, looking at photos of mosques and storefronts frequented by their friends.

Egyptian immigrants and American citizens, the couple raised two daughters in the United States. Mohammed works as an accountant and is vice president of the Islamic Culture Center, a mosque a few blocks from Newark City Hall.

"If you have an accusation on us, then spend the money on doing this to us," Nagiba said. "But you have no accusation."

NYPD spokesman Paul Browne did not return a message seeking comment about the report. Former Newark Police Chief Garry McCarthy, who is now in charge of the Chicago Police Department, also did not return messages left on his cellphone and with a press aide.

The goal of the report, like others the Demographics Unit compiled, was to give police at-their-fingertips access to information about Muslim neighborhoods. If police got a tip about an Egyptian terrorist in the area, for instance, they wanted to immediately know where he was likely to find a cheap room to rent, where he might buy his lunch and at what mosque he probably would attend Friday prayers.

"These locations provide the maximum ability to assess the general opinions and general activity of these communities," the Newark report said.

The effect of the program was that hundreds of American citizens were cataloged — sometimes by name, sometimes simply by their businesses and their ethnicity — in secret police files that spanned hundreds of pages:

— "A Black Muslim male named Mussa was working in the rear of store," an NYPD detective wrote after a clandestine visit to a dollar store in Shirley, N.Y., on Long Island.

— "The manager of this restaurant is an Indian Muslim male named Vicky Amin" was the report back from an Indian restaurant in Lindenhurst, N.Y., also on Long Island.

— "Owned and operated by an African Muslim (possibly Sudanese) male named Abdullah Ddita" was the summary from another dollar store in Shirley, N.Y., just off the highway on the way to the Hamptons, the wealthy Long Island getaway.

In one report, an officer describes how he put people at ease by speaking in Punjabi and Urdu, languages commonly spoken in Pakistan.

Last summer, when the AP first began reporting about the NYPD's surveillance efforts, New York Mayor Michael Bloomberg said his police do not consider religion in their policing.

On Tuesday, following an AP story that showed the NYPD monitored Muslim student groups around the Northeast, school leaders including Yale president Richard Levin expressed outrage over the tactics. Bloomberg fired back in what was the most vigorous defense yet of his department.

There are no allegations of terrorism in the Demographics Unit reports and the documents make clear that police were only interested in locations frequented by Muslims. The canvas of businesses in Newark mentions Islam and Muslims 27 times. In one section of the report, police wrote that the largest immigrant groups in Newark were from Portugal and Brazil. But they did not photograph businesses or churches for those groups.

"No Muslim component within these communities was identified," police wrote, except for one business owned by a Brazilian Muslim of Palestinian descent.

Polls show that most New Yorkers strongly support the NYPD's counterterrorism efforts and don't believe police unfairly target Muslims. The Muslim community, however, has called for Police Commissioner Ray Kelly's resignation over the spying and the department's screening of a video that portrays Muslims as wanting to dominate the United States.

In Newark, the report was met with a mixture of bemusement and anger.

"Come, look at yourself on film," Abdul Kareem Abdullah called to his wife as he flipped through the NYPD files at the lunch counter of their restaurant, Hamidah's Cafe.

An American-born citizen who converted to Islam decades ago, Abdullah said he understands why, after the 9/11 terror attacks, people are afraid of Muslims. But he said he wishes the police would stop by, say hello, meet him and his customers and get to know them. The documents show police have no interest in that, he said.

"They just want to keep tabs on us," he said. "If they really wanted to understand, they'd come talk to us."

After the AP approached Booker, he said the mayor's office had launched an investigation.

"We're going to get to the bottom of this," he said.

Booker met with Islamic leaders while campaigning for mayor. Those interviewed by the AP said they wanted to believe he didn't authorize the spying but wanted to hear from him directly.

"I have to look in his eyes," Mohammed el-Sioufi said at his mosque. "I know him. I met him. He was here."

Ironically, because officers conducted the operation covertly, the reports contains mistakes that could have been easily corrected had the officers talked to store owners or imams. If police ever had to rely on the database during an unfolding terrorism emergency as they had planned, those errors would have hindered their efforts.

For instance, locals said several businesses identified as belonging to African-American Muslims actually were owned by Afghans or Pakistanis. El-Sioufi's mosque is listed as an African-American mosque, but he said the imam is from Egypt and the congregation is a roughly even mix of black converts and people of foreign ancestries.

"We're not trying to hide anything. We are out in the open," said Abdul A. Muhammad, the imam of the Masjid Ali Muslim mosque in Newark. "You want to come in? We have an open door policy."

By choosing instead to conduct such widespread surveillance, Mohammed el-Sioufi said, police send the message that the whole community is suspect.

"When you spy on someone, you are kind of accusing them. You are not accepting them for choosing Islam," Nagiba el-Sioufi said. "This doesn't say, `This guy did something wrong.' This says, `Everyone here is a Muslim."'

"It makes you feel uncomfortable, like this is not your country," she added. "This is our country."