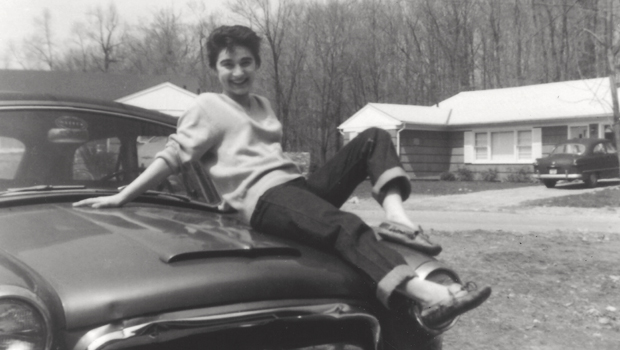 "My sister was so much more than her final 30 minutes."

The speaker is Bill Genovese, the younger brother of Kitty Genovese, whose name became synonymous with urban isolation and apathy after she was brutally murdered outside her Queens, N.Y., apartment building on March 13, 1964, while dozens of neighbors apparently did nothing. Their oft-repeated excuse: ''I didn't want to get involved.''

The Kitty Genovese case, as first reported in The New York Times, prompted a massive quantity of taboid ink, political hand-wringing and sociological studies on the case of 38 witnesses who saw an assailant stab Genovese, leave the scene, and then come back and kill her, without calling the police or offering assistance. It created a portrait of a cold, uncaring metropolis that still resonates today.


Bill Genovese's life was forever changed by her savage death when he was 16 years old, and while he and his family had buried their emotions about the case for years -- even through the parole hearings at which her killer applied for early release -- he began to investigate the facts surrounding her death after The New York Times in 2004 questioned much of its original reporting. The facts just did not match up.

A new documentary, "The Witness" (which has its world premiere today at the 53rd New York Film Festival), follows Bill and filmmaker James Solomon as they pursue their own investigation into Kitty's death, her life in Queens, and the witnesses who lived in her apartment building, and finds that the story which had irrevocably altered Bill's life was mistaken.

Bill hunts down the surviving witnesses among the 38 cited in police interviews and trial testimony, and finds that, contrary to the original news reports, some had contacted the police, shouted out their windows at the attacker, and even aided a bleeding Kitty.

"To a certain degree, it was a media creation," said CBS News correspondent Mike Wallace (one of the film's interview subjects, who died in 2012). He said the reason other reporters did not seriously question the original account was "because it was taken seriously by The New York Times." And the Times' Metropolitan Editor at the time, Abe Rosenthal -- who later wrote a book titled "Thirty-Eight Witnesses" -- pushed that narrative, Wallace said, because it "undoubtedly sold newspapers."

Now, five decades after her death, Bill's search for answers to questions about who Kitty was and why she died only opens up more and more questions for him, feeding his obsession to get closer to the sibling he says knew him better than anyone else.

The film (which was 11 years in the making) shows Bill, who lost both legs in Vietnam (he'd enlisted in the Marines, in part, because he didn't want to be like others who just stood by, not wanting to get involved), track down Kitty's neighbors, co-workers, and even her roommate and lover, a woman. He also contacts her killer in prison, Winston Moseley, and asks to meet with him.

Throughout, Bill's brothers, Vincent and Frank, who have managed to move on past the loss of Kitty, question or even resent Bill's obsessive quest, reopening old wounds. What purpose does it serve? It's a question that can't be answered satisfactorily.

Just how driven Bill is to relive the experience, to understand it in all its ramifications, is jarringly demonstrated when he hires a young actress to recreate Kitty's piercing, gut-wrenching cries for help -- the sounds of her death -- at the exact locations where Kitty was stabbed.

What purpose does it serve?

Just as the myths surrounding Kitty Genovese's murder perpetuated a perception of how humans can respond to violence affecting others, "The Witness" -- crisply edited, with animation and designs that lay out the facts and main players cleanly and with a little irony -- is liable to foster extensive studies on the ramifications of traumatic loss and the need to understand otherwise senseless acts. Watching the film, however, puts the audience in a disquietingly familiar place -- we want to help Bill, to salve his psychic wounds, to help him move beyond the loss of his sister, but at a remove we can only stand by, watch, and do nothing.

"The Witness" is not rated. No distributor has been announced. 86 mins.