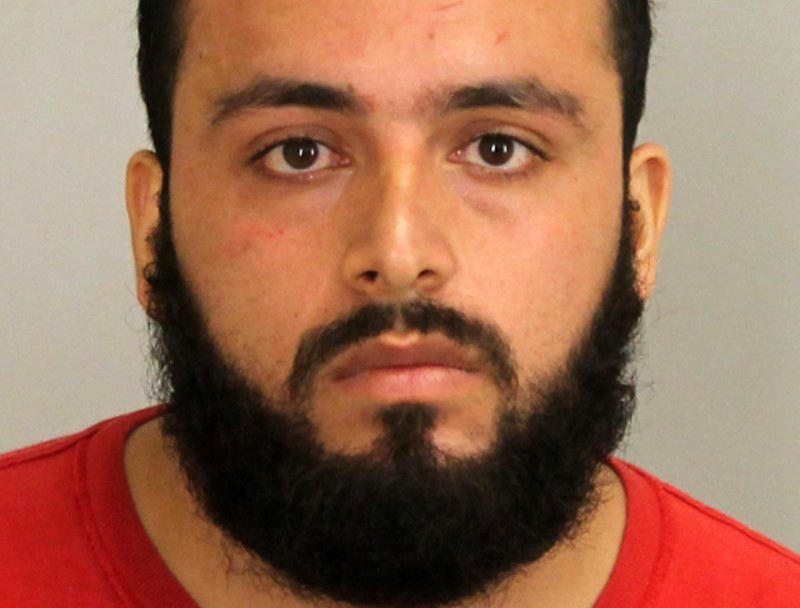 NEW YORK  The father of suspected NYC, N.J. bomber Ahmad Khan Rahami and the FBI are disputing the extent of the alarm authorities were given in 2014 of his possible radicalization.

Rahami’s father said in a New York Times interview published Thursday that he had told the FBI two years ago that Rahami was drawn to al Qaeda and Taliban videos and poetry.

“I told the FBI to keep an eye on him,” the Times quoted the father as saying in his native Pashto.

He said he told the agents he couldn’t say “100 percent if he is a terrorist.”

The FBI has said it looked into Rahami in 2014 after learning of comments his father made after Rahami was arrested on charges of stabbing his brother. The FBI said it checked databases, consulted other agencies and conducted interviews but found nothing tying Rahami to terrorism.

Thursday evening, the FBI is pushing back as to what Mohammad Rahami told them:

A senior law enforcement official tells CBS News:  “During its assessment on Ahmad Rahami, the FBI initiated contact with his father who had expressed concern over his son’s internet use as well as some of his associates.  At no time did the father advise interviewing agents of any radicalization or alleged links to al Qaeda, the Taliban or their propaganda.  Furthermore, database and interagency checks, to include reviews of Ahmad Rahami’s travel, revealed no information that tied him to terrorism.”

At the time in 2014, Rahami’s father backed away from talk of terrorism and told investigators he simply meant Rahami was hanging out with the wrong crowd, including gang members, a law enforcement official told the AP this week.

The father, Mohammad Rahami, said the FBI never spoke to his son, who was jailed at the time on the stabbing charge. The son ultimately wasn’t prosecuted after a grand jury declined to indict him.

As authorities tried to piece together information on Ahmad Rahami, his wife gave them a statement this week after walking into the U.S. Embassy in the United Arab Emirates.

The wife has returned to the United States, a law enforcement official said. She’s believed to have left the U.S. for overseas in June. Investigators have not suggested that she’s suspected of any wrongdoing.

Investigators also have been looking into Rahami’s overseas travel, including a visit to Pakistan a few years ago, and want to know whether he received money or training from extremist organizations.

Rahami and his brothers spent time with their grandfather in Afghanistan in 2012, their father said.

A neighbor on the family’s block in Elizabeth said Thursday that the father had hoped the trip would nurture more discipline in the sons and when they returned they seemed more religious.

“They said, ‘Yeah, you know, we went back to our roots,’” said the neighbor, Jaime Reyes.

The bombings in Seaside Park and Manhattan spurred a manhunt that ended Monday in Linden. Patrolman Angel Padilla said he tried to roust a man sleeping in a doorway and recognized Rahami’s face from a public alert hours before.

Authorities say Rahami shot Padilla in his protective vest before other officers exchanged gunfire with Rahami and subdued him.

Padilla told students Thursday at a Linden school that he was “a bit nervous” when he confronted Rahami, but “I can only say: I was just doing my job.”

Investigators haven’t been able to question a man charged with setting off bombs in New York and New Jersey because he’s too severely injured from his shootout with police, a law enforcement official said Thursday as the man’s father said he’d warned federal authorities about the man’s interest in jihadist material.

Rahami remained hospitalized after his gunbattle with police officers Monday, and it was unclear when he might be taken to court to face federal terrorism charges in the blasts, which injured 31 people Saturday. A public defender has sought a court appearance for Rahami so he can hear the charges against him.

Rahami, an Afghan-born U.S. citizen, has been unconscious and intubated for much of the time since undergoing surgery, said Robert Reilly, a spokesman for the FBI’s Newark office.

The official who discussed authorities’ inability to question Rahami was not authorized to discuss an ongoing investigation by name and spoke to The Associated Press on the condition of anonymity.

Prosecutors say Rahami, 28, planned the explosions for months as he bought components for his bombs online and set off a backyard blast. They say he wrote a journal that praised Osama bin Laden and other Muslim extremists, fumed about what he saw as the U.S. government’s killing of Muslim holy warriors and declared “death to your oppression.”