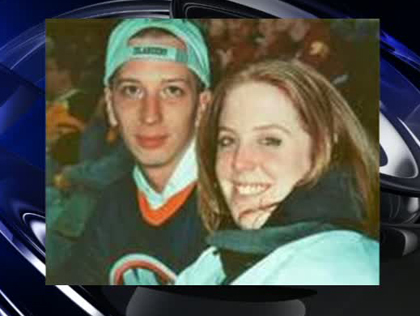 (CBS/WCBS/AP) MEDFORD, N.Y. - The wife of David Laffer, the suspect in Sunday's Long Island pharmacy shootings, told reporters early Thursday that her husband was responsible for the four execution-style murders and that she was "sorry."

"I'm sorry he did all this," Melinda Brady told reporters as police escorted her in handcuffs from Suffolk County police headquarters according to Newsday.com. "He was doing it because ... he lost his job over my health."

Laffer is awaiting arraignment today on charges of first-degree murder in the Father's Day shootings at Haven Drugs in Medford, N.Y. Police say he showed no remorse.

Police say he and his wife were high at the time of their arrest Wednesday. Brady has been charged with robbery in the case.

Investigators say Laffer came to the store previously to fill prescriptions, and used a registered handgun in the killings.

Police removed Laffer and his wife from their home in Medford at about 9:30 a.m. Wednesday. As many as 40 law enforcement officials entered the home, which is about a half-mile from the scene of the massacre.

Defense Department officials confirmed to CBS station WCBS that Laffer spent time in the military as a reservist in the Bronx.