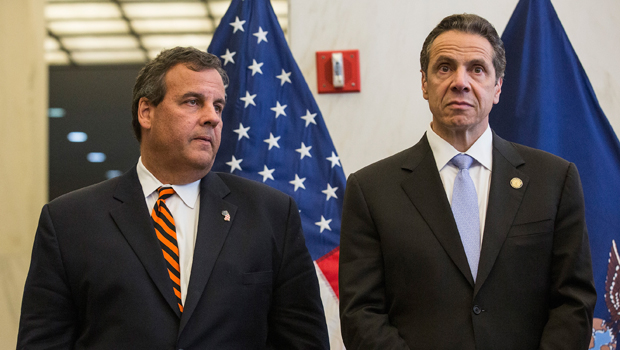 ALBANY, N.Y. -- The governors of New York and New Jersey jointly vetoed legislation Saturday aimed at overhauling the Port Authority and proposed instead a series of reforms they said would go further in bringing accountability to the agency.

"While neither governor is approving the legislation as passed, they are urging their respective legislators and the Port Authority to work with them," the statement said.

The bill -- which had the unanimous support of the New York and New Jersey legislatures -- would have overhauled the troubled agency by requiring an independent annual audit, creating an inspector general's office, restricting lobbying and creating a whistleblower protection program. It also would have required Port Authority board members to swear they'll act in good faith.

The Port Authority, which had a $2.9 billion operating budget in 2014, oversees airports, bridges and tunnels in New York and New Jersey, including John F. Kennedy International Airport, the George Washington Bridge, the World Trade Center sites, the Holland Tunnel and Newark airports.

The bill was designed to clean up an agency long known for dysfunction and scandals, including most recently the lane closures at the George Washington Bridge that ensnared Christie's administration. Supporters criticized the vetoes.

"It's really just an awful thing for them to do. Neither of them can ever stand up and say they're for effective reform," said former New York Assemblyman Richard Brodsky, a Democrat, who had predicted the veto. "In a competition between effective reform and power, power won. Reform ends on Christmas, but scandals go on forever."

The bill would have required approval in both states to take effect.

"I find it very disappointing that both governors together decided to turn their backs on their respective legislators," Weinberg said.

Some Democratic lawmakers explicitly connected the issue to the lane closure scandal -- Weinberg said the closures underscored the need for reform -- but the legislation reaches back further than that. An internal audit report in 2012 called the agency "challenged and dysfunctional," and lawmakers of both parties said it has operated with too little oversight for too long.

The New Jersey State Ethics Commission is also investigating whether former authority chairman David Samson improperly used his post to benefit his law firm's clients. On Wednesday, Samson dropped a lawsuit against the commission in which he claimed it had no jurisdiction over the chairman since it's a two-state agency.

Earlier this month, a bipartisan group of lawmakers from both states held a news conference in Manhattan to call on the governors to sign the legislation, saying that the transparency measures would act as a disinfectant for the agency.

In place of the legislation, Cuomo and Christie on Saturday recommended alternative reforms and said they would ask all current commissioners to resign, CBS New York reported. They called for a single chief executive officer to oversee the authority in place of an executive director and deputy executive director under the current system.

Weinberg said those actions would have been possible under the legislation, too.

"There is nothing in this legislation that prevents them from moving ahead with those reforms," she said.

A Port Authority spokesman has declined to discuss the legislation in the past, saying the agency does not generally address legislation that could affect it.

Both Weinberg and Wisniewski predicted that overturning a veto would be difficult.