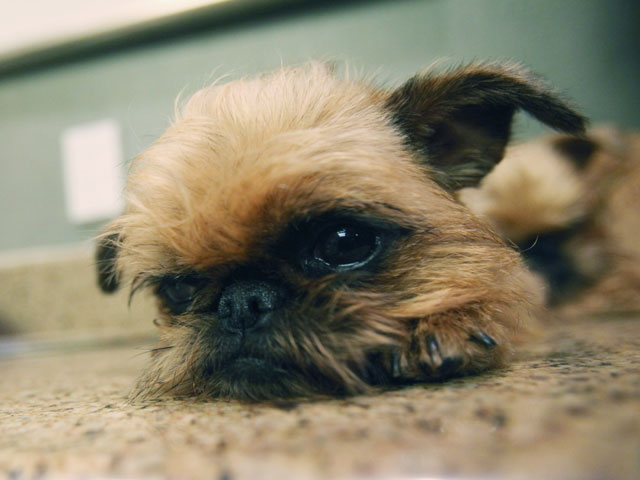 NEW YORK - When Elena Zakharova took home her 2-month-old female Brussels Griffon from the Raising Rover pet store in Manhattan, she was excited about the new addition to her family. But, according to the New York Daily News, just a few months later in July 2011, the dog began whimpering and limping in pain. Now, her owner says despite expensive surgery, she will never run or walk like other dogs.

Zakharova is claiming that the pet store sold her a dog with genetic abnormalities that could have been avoided if the pup were not bred from other dogs with disabilities. She is suing the business in a New York small claims court for the pain and suffering of the now year-old dog, which she named Umka.

But dogs are considered property under New York state law, which means that sellers aren't liable for their pain and suffering -- yet. And, while a "Puppy Lemon Law" allows owners to return dogs that manifest sicknesses within 14 days, Umka didn't show symptoms until a few months later.

If the judge refuses to recognize Umka's plight, Lask told the Daily News she will argue that the dog bills should be paid under New York's Uniform Commercial Code, which gives a buyer four years to return a "defective product."

So far, Zakharova, who purchased the pooch for $1,600, has paid $4,000 toward vet bills and is expecting to spend $4,000 more. Her lawyer says that the purpose of the lawsuit is not for the money, but to raise awareness about unhealthy breeders and stop pet stores from selling animals from them by raising penalties.