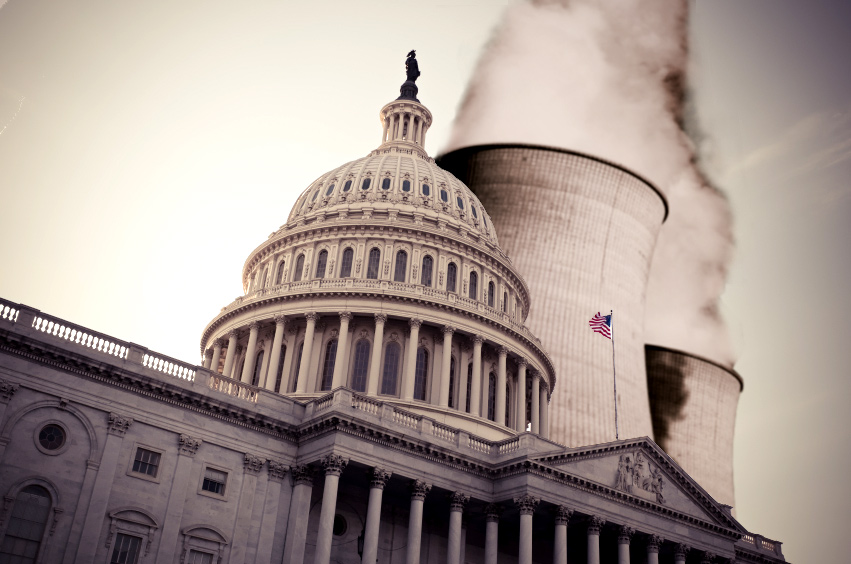 "We don't know where it's going with regard to the nuclear power plants in Japan right now," Sen. Joe Lieberman (I-Conn.) said on CBS' "Face the Nation" on Sunday. "I think it calls on us here in the U.S. - naturally not to stop building nuclear power plants, but to put the brakes on right now until we understand the ramifications of what's happened in Japan."

Nuclear plant operators in Japan are working to avoid a complete meltdown in the wake of the 8.9-magnitude earthquake and subsequent tsunami that rocked Japan on Friday. On Monday, the second hydrogen explosion in three days raised the threat of a meltdown at one plant.

Lieberman pointed out that there are 104 nuclear plants in the U.S., and 23 of them have designs similar to plants in Japan.

"I've been a big supporter of nuclear power because it's domestic, it's ours and it's clean," Lieberman told CBS News' Bob Schieffer. "We've had a good safety with nuclear power plants here in the United States... I don't want to stop the building of nuclear power plants, but I think we've got to kind of quietly, quickly put the brakes on until we can absorb what has happened in Japan as a result of the earthquake and the tsunami and then see what more, if anything, we can demand of the new power plants that are coming online."

Rep. Ed Markey (D-Mass.), the top Democrat on the Natural Resources Committee and a senior member of the Energy and Commerce Committee, is also calling for a moratorium on all new reactors in seismically active areas until there is a comprehensive review of their design, proposed emergency response and backup power methods. He sent a letter to President Obama yesterday raising concerns about the fact that no one federal agency would have clear command in the event of a nuclear disaster in the U.S.

"In stark contrast to the scenarios contemplated for oil spills and hurricanes, there is no specificity for emergency coordination and command in place for a response to a nuclear disaster," he wrote.

In addition to calling for a moratorium on some plans for nuclear plants, Markey on Sunday released a set of recommendations for improving nuclear safety, including a safety review of the reactors with the same design as those currently experiencing major failure in Japan. He also called for distributing potassium iodide to residents living within 20 miles of nuclear power plants, as required by a 2002 law Markey authored.

Some conservatives, however, warned that lawmakers could be overreacting to the events in Japan.

"I don't think right after a major environmental catastrophe is a very good time to be making American domestic policy," Senate Republican Leader Mitch McConnell said on "Fox News Sunday." "My thought about it is, we ought not to make American and domestic policy based upon an event that happened in Japan."

Jack Spencer, a research fellow in nuclear energy at the conservative think tank the Heritage Foundation, wrote today that the events in Japan should have no impact on plans to expand the U.S. nuclear reactor fleet. The health and the environmental impact of the partial meltdowns in Japan have been overblown by anti-nuclear politicians, he wrote.

"The danger that Japanese engineers are currently grappling with should not be minimized: what is happening right now with Japan's reactors could lead to a meltdown and significant release of radiation," he wrote. "You could also get hit by a car on your way to work today. But that is not what is likely to occur."

"We need to remember that nuke plants are privately owned and that their owners have every incentive to maintain safe operations," he added.

So far, President Obama has supported nuclear energy, announcing in February 2010 that his administration would give $8.3 billion in loan guarantees to help Southern Co. build two reactors at a plant in Georgia -- the first U.S. new nuclear power plant in nearly three decades.

Nevertheless, the president has embraced the GOP motto for an "all-of-the-above" energy policy, which includes investments in nuclear power, clean coal and natural gas. The White House is maintaining that position, with a note of caution.

"The president believes that meeting our energy needs means relying on a diverse set of energy sources that includes renewables like wind and solar, natural gas, clean coal and nuclear power," said Clark Stevens, a White House spokesman. "Information is still coming in about the events unfolding in Japan, but the administration is committed to learning from them and ensuring that nuclear energy is produced safely and responsibly here in the U.S."

Yet even before the disaster in Japan, nuclear energy remained a point of contention in Washington -- particularly the issue of waste disposal.

In the GOP-led House budget bill, which cut $61 billion from this year's federal spending, one provision barred the Nuclear Regulatory Commission from terminating plans for a nuclear waste site at Yucca Mountain in Nevada.

The GOP budget bill had no chance of passage in the Senate -- it failed in a Senate vote last week -- but the provision still caught the attention of Senate Majority Leader Harry Reid, who hails from Nevada.

"Any attempt to restart the Yucca Mountain project will not happen on my watch as Senate majority leader," Reid said in a statement.

Energy Secretary Steven Chu and Gregory Jaczko, chairman of the Nuclear Regulatory Commission, will broach the subject of nuclear safety in the U.S. this week in a hearing before a subpanel of the Energy and Commerce Committee on Wednesday.

Watch CBS News Washington bureau chief Christopher Isham speak with Sharon Squassoni, a nuclear expert and fellow at the Center for Strategic and International Studies, on how serious the threat of a nuclear meltdown is in Japan and if the disaster at Chernobyl could be repeated: