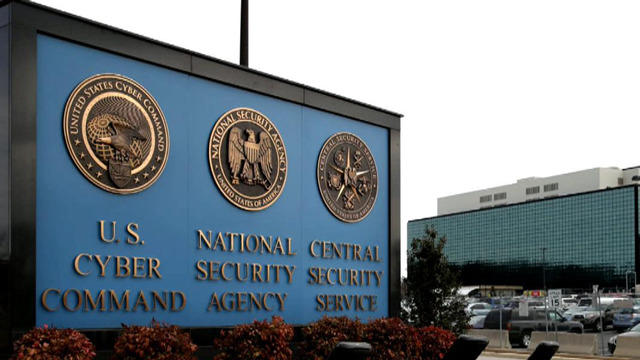 WASHINGTON -- Allegations of retaliation against a whistleblower at the National Security Agency have left its top watchdog fighting for his job, according to an intelligence official and another individual familiar with the case.

The case could offer some credence to Edward Snowden’s claim that he could not have reported the government’s domestic surveillance program without facing reprisals.

George Ellard, the NSA’s inspector general, was placed on administrative leave after he refused to give the whistleblower a certain job assignment. The Project on Government Oversight, an advocacy group, first reported last week that Adm. Mike Rogers, director of NSA, had placed Ellard on leave and recommended that he be terminated. Ellard is appealing that decision.

Ellard received attention in 2014 for remarks at Georgetown University Law Center criticizing Snowden, the former NSA contractor who had leaked secret documents about the surveillance program. Snowden says he went public because he feared retaliation from his superiors if he had raised his concerns with them. Ellard said at Georgetown that Snowden could have safely come to him.

Ellard’s case is the first to move completely through a process created by President Barack Obama in 2012 to ensure that intelligence employees can effectively report waste, fraud and abuse while protecting classified information. The directive prohibits agencies from retaliating against them or taking away security clearances or an employee’s access to classified information.

The case stemmed from a whistleblower’s claims of financial misconduct by NSA officials involving a conference in Nashville, Tennessee.

The whistleblower, in a brief email to The Associated Press, said that after he raised his concerns, his name was disclosed to Ellard in violation of rules intended to protect government employees who want to report misconduct.

The whistleblower said his email response had been cleared by the NSA. The agency declined to comment independently on the case. Ellard’s attorney did not respond to requests for comment.

It’s not clear who revealed the whistleblower’s identity to Ellard. But the whistleblower said that after Ellard learned who he was, “I was denied an assignment within the NSA inspector general’s office of investigations because of my whistleblowing.” He sent the email to the AP on condition of anonymity because the case is still active.

Rogers’ decision to recommend Ellard’s dismissal followed an eight-month investigation by a panel of inspectors general at the CIA, Treasury and Justice Department, according to an intelligence official, who was not authorized to disclose details about the case and spoke on condition of anonymity. The trio was empaneled in October 2015 and issued its decision in May.

The Justice and Defense departments declined to comment on the decision.

Louis Clark, director of the Government Accountability Project, said he was happy that the process set up by Obama’s directive was finally being used, but expressed disappointment that it has taken so long for it to happen. “It was so slow because the intelligence agencies are extremely hostile to whistleblowing,” he said.

The fate of Obama’s directive is uncertain. It will be up to Donald Trump, after he becomes president, to decide whether to continue it. Trump has said he doesn’t trust the intelligence agencies, but it’s not clear if that would make him more or less likely to protect whistleblowers.

Timothy Edgar, Obama’s first director of privacy and civil liberties for the White House national security staff, says there is cause for serious concern about the future of whistleblowers.

“What we’re left with, I think, is probably primarily the integrity and bravery of people in the bureaucracy, who, despite those obstacles are willing to say ‘no’ if they are involved in activities that they think are serious violations of the Constitution,” Edgar said.