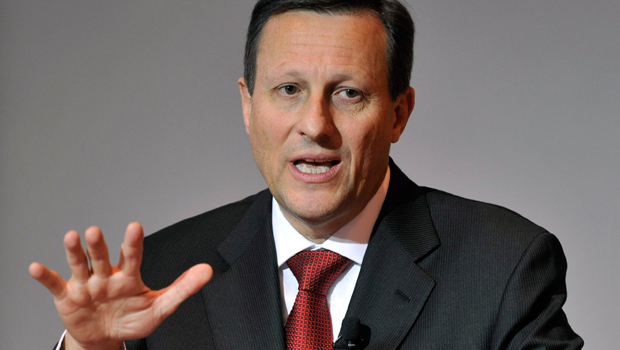 BERLIN Swiss drugmaker Novartis (NVS) has agreed with its outgoing chairman to scrap plans for a farewell non-compete deal that could have netted him up to $78 million.

The announcement followed criticism from some of the Basel-based company's shareholders and Swiss politicians.

Daniel Vasella, 59, who is retiring later this month, said Tuesday that he and the company had agreed to forgo a "non-compete" pay-out that many people found "unreasonably high."

"I have understood that many people in Switzerland find the amount of the compensation linked to the non-compete agreement unreasonably high, despite the fact I had announced my intention to make the net amount available for philanthropic activities," Vasella said in a statement.

News of the deal, under which Vasella would have earned up to 12 million francs a year for six years - almost the equivalent of his current basic salary - for not advising Novartis' competitors over the coming years, emerged last week. It was immediately met with a scathing response in Switzerland, where executive pay has become a sensitive issue recently.

The country holds a referendum March 3 on a proposal to give shareholders a greater say on how much companies pay top executives. It would also ban "golden parachutes" - an agreement between a company and senior executive which gives the manager certain benefits if their employment ends.

According to Novartis' 2012 annual report, Vasella's contract as chairman gave him a fixed salary of 12.4 million francs, a figure that it said reflects his "exceptional experience" and contribution to building the company.

Novartis said in the report that Vasella "carries forward tradable options, shares and benefits (including pension)" from his time as chief executive. It didn't put a figure on that.

Among the critics of Vasella's deal were the company's shareholders and Justice Minister Simonetta Sommaruga, the head of the Swiss Bishops' Conference, and even the most business-friendly of Switzerland's governing parties, the Free Democrats.

Novartis said that granting the payout to Vasella, its chairman since 1999, had been intended to protect the company. It noted that he knows its business "intimately," built its research and development organization and personally recruited most of the top executives.

"We continue to believe in the value of a non-compete," vice chairman Ulrich Lehner said in a statement. But he added that the decision to drop the deal "addresses the concerns of shareholders and other stakeholders."

Ahead of the March referendum, a survey conducted mid-January by the polling group gfs.bern found 65 percent of voters would back tightening rules on pay, with 25 percent against and 10 percent undecided. The survey questioned 1,217 people and had a margin of error of 2.9 percent, gfs.bern said.