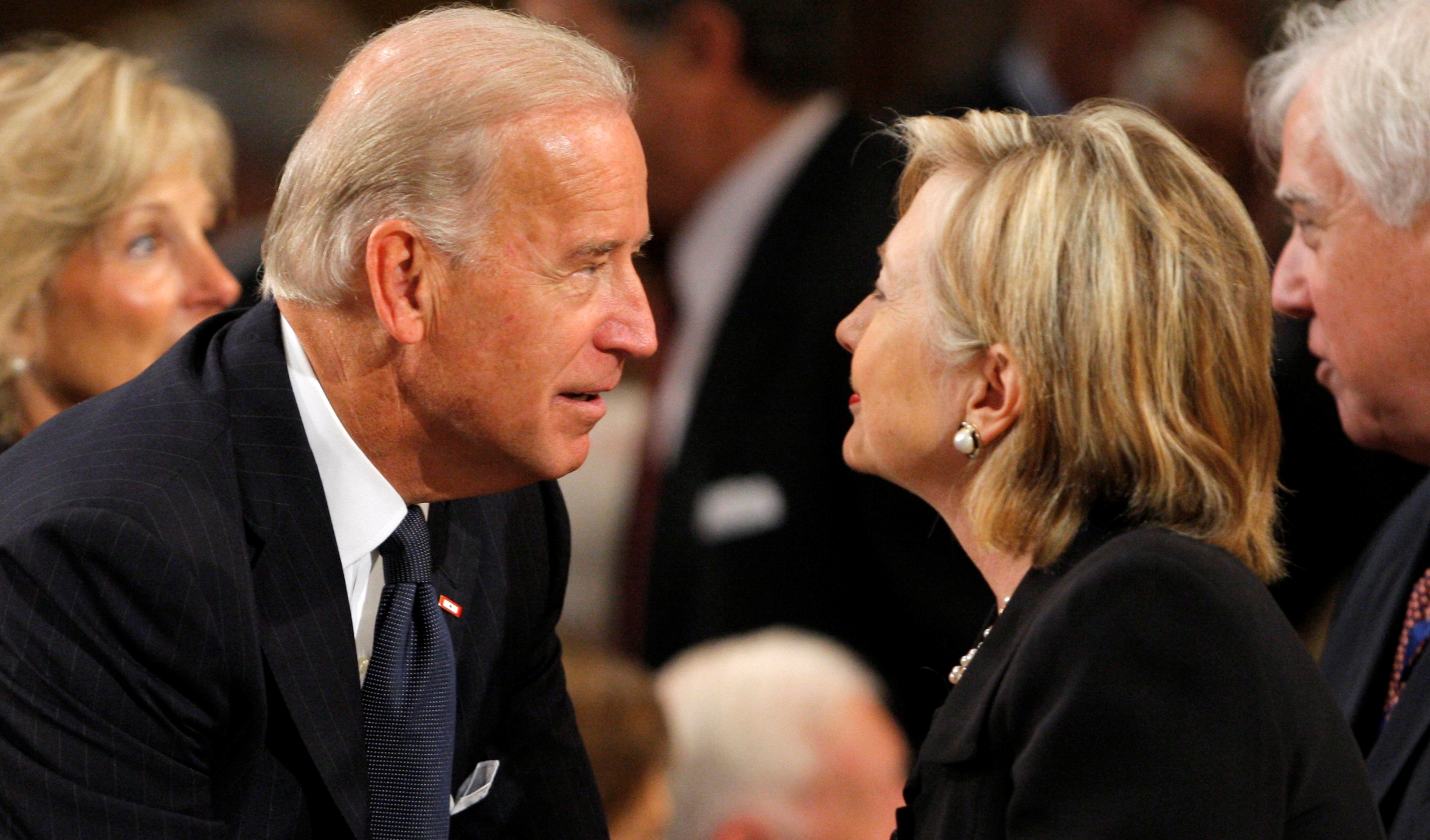 It's three years and seven months before the next presidential election but when word got out that both Hillary Clinton and Vice President Joe Biden would be sharing a stage Tuesday night, politics-watchers eagerly awaited to see how the two potential 2016 candidates would act.

To put it simply: It was a bit of a letdown for anyone who tried to glean anything regarding either's future political plans.

The two took part in the Vital Voices Global Leadership Awards ceremony at the Kennedy Center in Washington, D.C.

Clinton's speech was her first since stepping down as Secretary of State on Feb. 1, and instead of signaling what's in store for her future, political or not, she simply offered a 12-minute speech, advocating women's rights globally, saying she has "unwavering faith in the untapped potential of women and girls," according to the Associated Press.

She also praised Biden effusively, the AP reported, especially for his role in Congress' recent renewal of the Violence Against Women Act.

For his part, Biden returned the compliment, after Clinton had left the stage, telling the mostly female audience of more than 2,000 that "there's no woman like Hillary Clinton."

Biden said Clinton's declaration in China nearly two decades ago - "Women's rights are human rights," she said at the time - "still echoes forcefully around the world." Women everywhere, he said, according to the AP, "are entitled to every single opportunity that any man is.".

The appearances of Clinton and Biden Tuesday night reignited questions about both of their political futures, especially Clinton's, who has been repeatedly asked about whether she would mount another presidential run in 2016 following her failed 2008 bid.  And repeatedly, she's dodged the question, prompting political observers to breathlessly await any words from her, even if its simply a tribute to a friend.

"We don't' have any tea," she said, laughing and looking around the room. "We've got some water here is the best I can tell."

She, however, did say in January that following her stint as secretary of state she was looking forward to "catching up on about 20 years of sleep deprivation."

"It is up to me to make a decision on my own future," she explained. "I right now am not inclined" to run for president.

That's not stopping a group of supporters who set up a political action committee called Ready for Hillary. A few dozen backers marked the official launch of the organization with a rally outside the Kennedy Center, where the awards ceremony was held.

The 65-year-old Clinton, whose approval ratings were in the high 60 percent range when she stepped down as secretary of state, is considered the odds-on favorite to win the Democratic nomination - if she decides to run.

But as the political world waits for Clinton to officially say one way or another what her plans are, the conventional wisdom is that the prospective Democratic field is being forced to stand by.

"We're in a little bit of a state of suspended animation, I think, because of her looming presence," said Democratic strategist and two-time Biden campaign adviser Larry Rasky told CBSNews.com. "People may have to wait for the dust to settle."