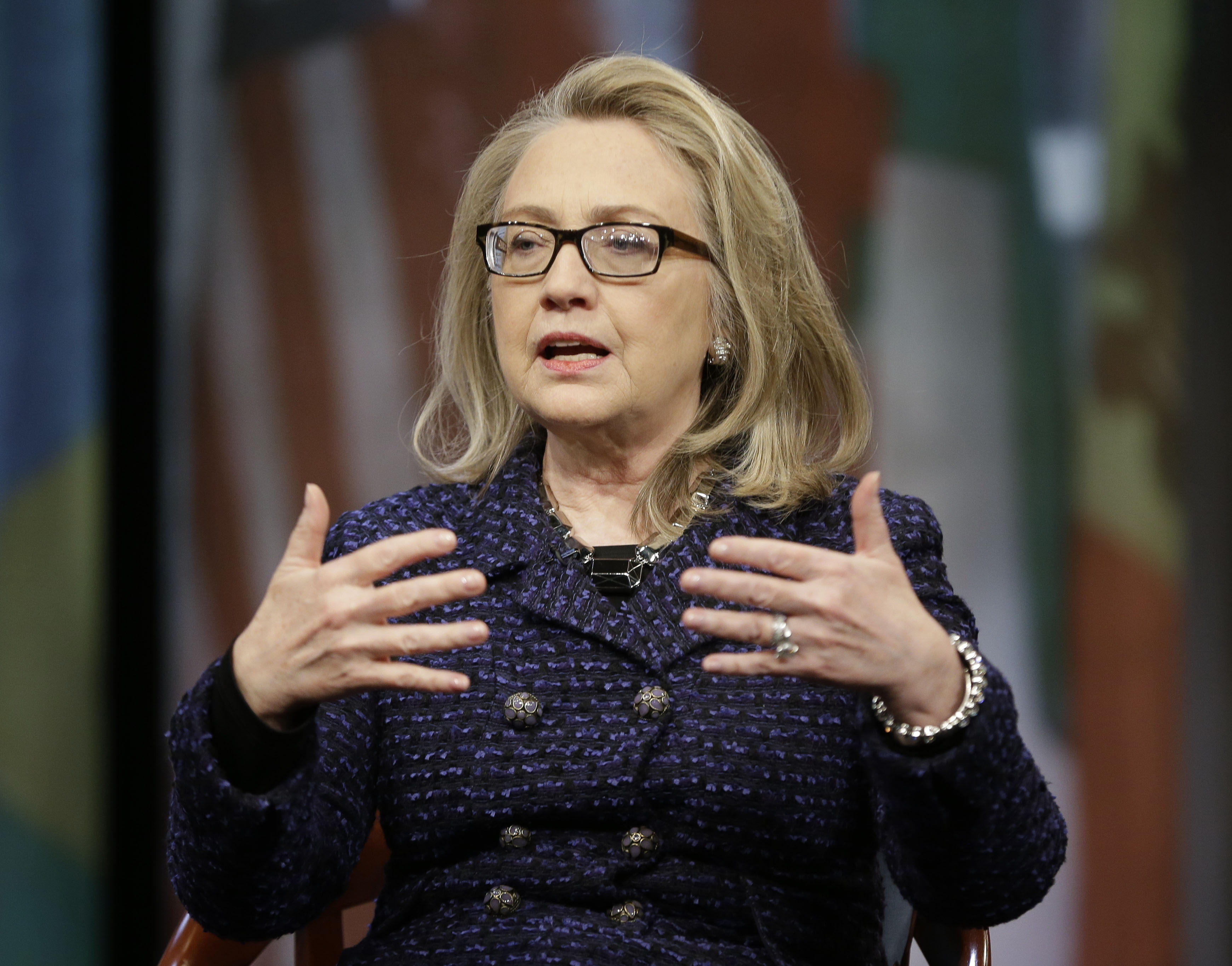 Outgoing Secretary of State Hillary Clinton is asked some version of the same question in almost every interview - "Will you run for president in 2016?"

But just days before her planned Friday departure from the State Department, Clinton's answers about her future are as inscrutable as ever - denying any concrete plans to run, expressing a need to take a breather, but always stopping short of the ironclad denial that might stop the speculative fury (at least for a while).

She certainly sounded like someone finished with politics in an exit interview with NPR. Asked what questions she needs to answer for herself before deciding on another run for the White House, Clinton shrugged off the inquiry: "I'm not even posing those questions. I am really looking forward to stepping off the fast track that I've been on. I've been out of politics as secretary of state. I don't see myself getting back into politics."

Voicing a desire to dive into philanthropy and advocacy, Clinton said, "I'm going to have my hands full. I don't quite know how I'm going to adjust to not having a schedule...But I'm looking forward to that and I have no other plans besides that."

She sounded a similar note at an event at the Newseum in Washington, D.C. on Tuesday, saying she is "not inclined" to run for president in 2016. "I am not thinking about anything like that right now," she said. "I am looking forward to finishing up my tenure as secretary of state and then catching up on about 20 years of sleep deprivation."

"It is up to me to make a decision on my own future," she explained. "I right now am not inclined" to run.

"We don't' have any tea," she said, laughing and looking around the room. "We've got some water here is the best I can tell."

Addressing the question more seriously in a follow-up, Clinton pointed out that she is still secretary of state - and thus barred from domestic political engagement -but added that she couldn't "make predictions about what's going to happen tomorrow or the next year."

Answers like that are par for the course at this stage for Clinton - just enough discouragement to throw the interviewer off her trail, however briefly. But listen closely, and you might hear something else: the sound of a door being studiously kept ajar.

Asked by NBC's Andrea Mitchell what role her health might play in any decision to run in 2016, Clinton, who suffered a concussion in December after a fall caused by dehydration, brushed off the concern: "I'm healthy enough and my stamina's great enough, and I'll be fully recovered to do whatever I choose to do."

Spicer reports for Navy Reserve duty at Pentagon
Thanks for reading CBS NEWS.
Create your free account or log in
for more features.
View CBS News In
CBS News App Open
Chrome Safari Continue
Be the first to know
Get browser notifications for breaking news, live events, and exclusive reporting.