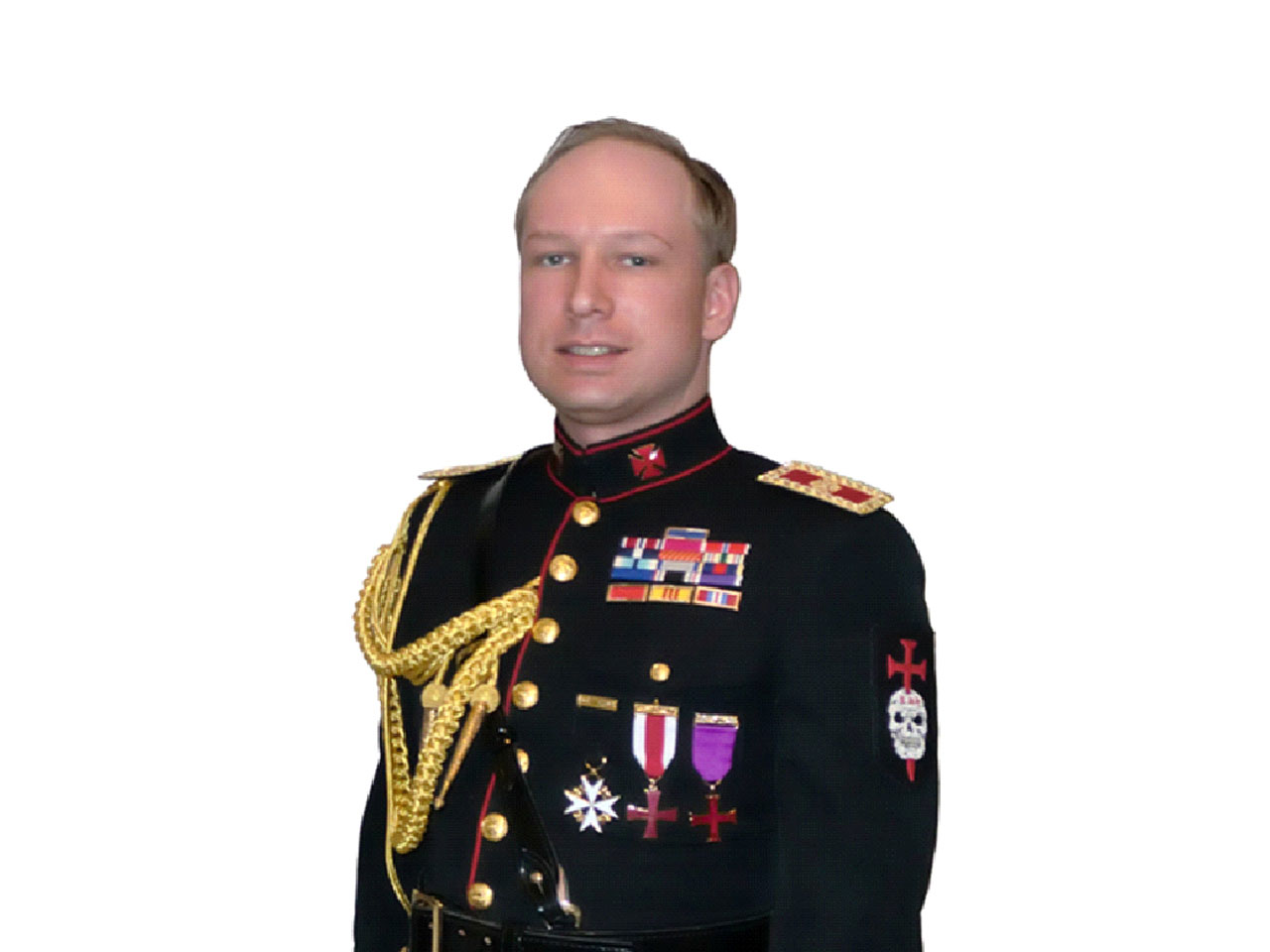 Anders Behring Breivik has apparently confessed to being the perpetrator of the twin attacks in Norway this weekend that killed at least 92 people.

The 32-year-old Norwegian reportedly gave up as soon as he was approached by police on Utoya Island near Oslo, but that was only after he had spent 90 minutes shooting at everything he could there.

About two hours before the massive bomb he built went off in Oslo, killing at least 7, Breivik apparently put the finishing touches on his 1,500-page manifesto, which was an accompaniment to his 12-minute long video.

Both are more or less long rants against Marxism, Islam, multiculturalism and liberal immigration policies.

The manifesto has the byline "Andrew Berwick," which Norwegian media have confirmed is just the Anglicization of Breivick's name. Both the video and the manifesto reference the Knights Templar, a famed group of Catholic Crusaders. "Berwick" declares himself a "Justiciar Knight Commander" of a newly-formed group of Templars, which he says met in London in 2007 to "prepare" for their unnamed mission.

Foreign Policy's Blake Hounshell claims to have read the entire manifesto, and in an article writes that the manifesto is "Filled with hateful rantings against Muslims -- whom the author claims are on a trajectory to take over Europe and erase its culture patrimony."

Hounshell goes on to write about the many contradictions in Breivik's ideas:

Oddly, despite his evident hatred of Muslims and Arabs, "Berwick" professes admiration for al Qaeda, which he lists as one of only two "successful militant organisations" due to its "superior structural adaptation." "If Muhammad was alive today," he writes, "Usama Bin Laden would have been his second in command." Elsewhere, he cites al Qaeda's training manual as a reference, and declares, "Just like Jihadi warriors are the plum tree of the Ummah, we will be the plum tree for Europe and for Christianity." In another eerie parallel, he also calls for suicidal operations in service of the larger cause: "Let us be perfectly clear; if you are unwilling to martyr yourself for the cause, then the PCCTS, Knights Templar is not for you."

In all, the various online traces of thought left behind by Breivick before his alleged slaughter paint the portrait of a deeply paranoid man driven by conspiracy theories about the downfall of Western civilization.

As far out from mainstream as those conspiracy theories may seem, they are far from unique to Breivick, or even Norway for that matter. Parties that appeal to populism, nationalism (a particular favorite of Breivick) and extreme right-wing views have made headway throughout the governments of Europe.

"The success of populist parties appealing to a sense of lost national identity has brought criticism of minorities, immigrants and in particular Muslims out of the beer halls and Internet chat rooms and into mainstream politics. In recent years far-right statements have appeared to lose much of their post-World War II taboo even among some prominent political parties. A combination of increased migration from abroad and largely unrestricted movement of people within an enlarged European Union, such as the persecuted Roma minority, helped lay the groundwork for a nationalist, at times starkly chauvinist, revival."