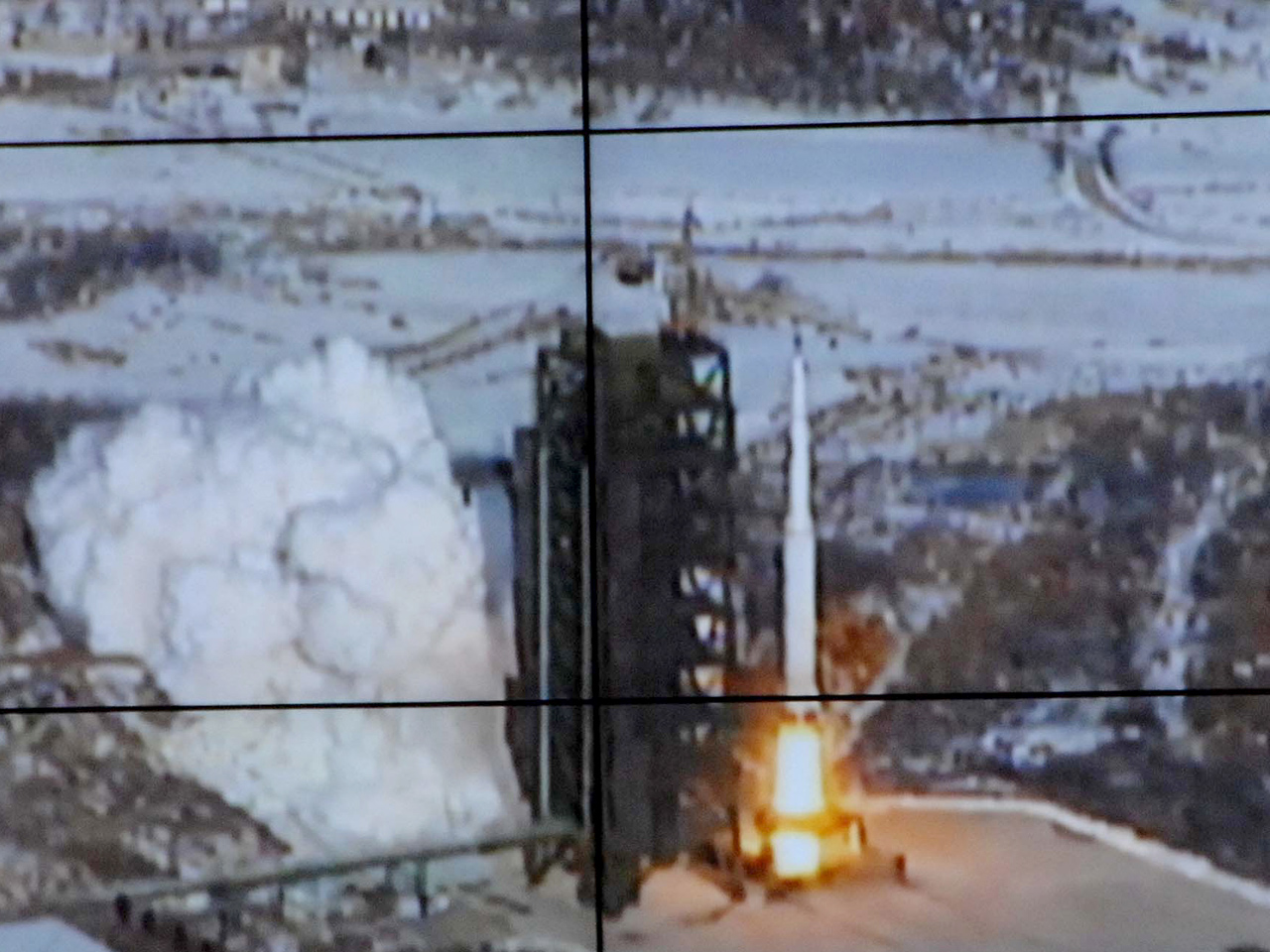 Washington and its allies are pushing for punishment over the launch they say is nothing but a test of banned ballistic missile technology.

CBS News correspondent David Martin reportsthat U.S. intelligence failed to detect signs the North Korean launch was imminent. U.S. Navy ships in the Pacific and missile defense crews in Colorado had already been placed on alert and did not require warning of a launch. Had the rocket been fired on a trajectory that threatened the United States, officials say interceptors based in Alaska and California would have been ready to shoot it down.

The launch of the three-stage rocket - similar in design to a model capable of carrying a nuclear-tipped warhead as far as California - raises the stakes in the international standoff over North Korea's expanding atomic arsenal. As Pyongyang refines its technology, its next step may be conducting its third nuclear test, experts warn.

South Korea's Defense Ministry said the satellite launched by the rocket is orbiting normally at a speed of 7.6 kilometers (4.7 miles) per second, though it's not known what mission it is performing. North Korean space officials say the satellite would be used to study crops and weather patterns.

The North American Aerospace Defense Command also said "initial indications are that the missile deployed an object that appeared to achieve orbit."

The U.N. Security Council, which has punished North Korea repeatedly for developing its nuclear program, condemned North Korea's action and said it will urgently consider "an appropriate response." The White House called the launch a "highly provocative act that threatens regional security," and even the North's most important ally, China, expressed regret.

In Pyongyang, however, pride over the scientific advancement outweighed the fear of greater international isolation and punishment. North Koreans clinked beer mugs and danced in the streets to celebrate.

"It's really good news," North Korean citizen Jon Il Gwang told The Associated Press as he and scores of other Pyongyang residents poured into the streets after a Wednesday noon announcement to celebrate the launch by dancing in the snow. "It clearly testifies that our country has the capability to enter into space."

In Seoul, about 100 people held a rally to protest the launch, and burned a stuffed doll of North Korean leader Kim Jong Un and a mock missile made of paper.

The rocket launch was North Korea's fifth bid since 1998. An April launch failed in the first of three stages, raising doubts among outside observers whether North Korea could fix what was wrong in eight months, but those doubts were erased Wednesday.

The Unha rocket, Korean for "galaxy," blasted off from a launch pad northwest of Pyongyang just three days after North Korea indicated that technical problems might delay the launch.

The officials said South Korea has no plans to return it to North Korea because the launch violated U.N. council resolutions.

The launch could leave Pyongyang even more isolated and cut off from much-needed aid and trade.

The U.N. imposed two rounds of sanctions following nuclear tests in 2006 and 2009 and ordered the North not to conduct any launches using ballistic missile technology. Pyongyang maintains its right to develop a civilian space program, saying the satellite will send back crucial scientific data.

CBS News' Martin says ballistic missiles and the rockets utilized to launch satellites possess similar bodies, engines, and technology. So peaceful or not, the North Korean's launch was a step forward in the regime's goal of developing the ability to deliver a nuclear payload.

Pyongyang is thought to have a handful of rudimentary nuclear bombs, but experts believe the North lacks the ability to make a warhead small enough to mount on a missile that could threaten the United States.

A missile program is built on decades of systematic, intricate testing, something extremely difficult for economically struggling Pyongyang, which faces guaranteed sanctions and world disapprobation each time it stages an expensive launch.

"One success indicates progress, but not victory, and there is a huge gap between being able to make a system work once and having a system that is reliable enough to be militarily useful," said Brian Weeden, a former U.S. Air Force Space Command officer and a technical adviser to the Secure World Foundation, a think tank on space policy.

North Korea's satellite launch Wednesday came only after 14 years of painstaking labor, repeated failures and hundreds of millions of dollars.