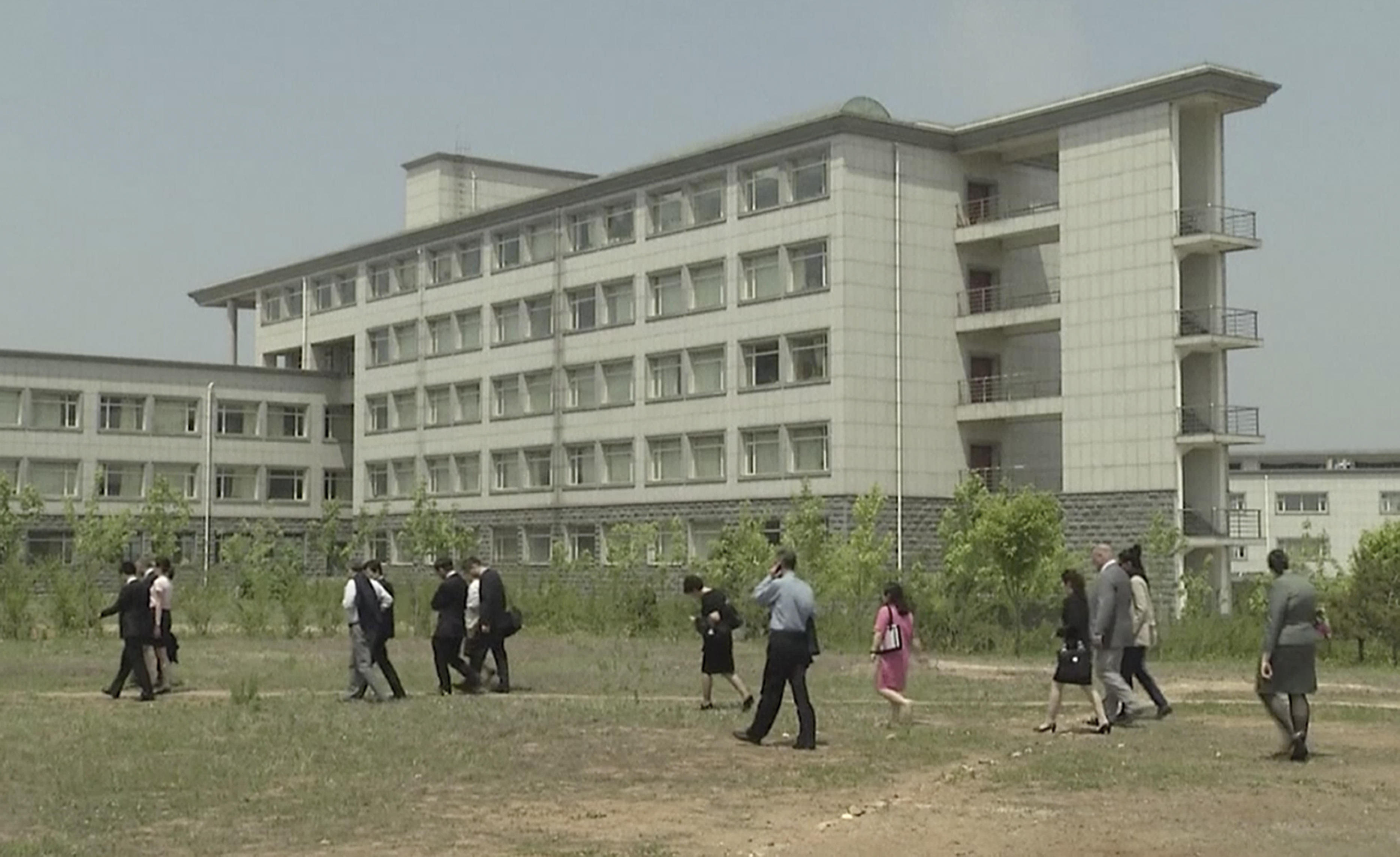 He worked at Pyongyang University of Science and Technology, the same workplace as another American, accounting instructor Kim Sang Dok, whose detention was announced last Wednesday. The KCNA didn't say whether the two cases are connected.

The university said in a statement early Monday that Kim Hak Song was doing agricultural development work at an experimental farm. It said his detention was not related to his work at the university and therefore it could not comment further.

In Washington, the State Department said it was aware of the report of the new detention and that "the security of U.S. citizens is one of the department's highest priorities."

Kim Sang Dok, the former accounting instructor at the Pyongyang university, was arrested at the Pyongyang International Airport on April 22, the KCNA said. It said he was "intercepted for committing criminal acts" to overthrow the North's government, but didn't elaborate.

The Pyongyang University of Science and Technology is the only privately funded university in North Korea and is unique for having a large number of foreign staff.

South Korea, the U.S. and others often accuse North Korea of using foreign detainees to wrest diplomatic concessions, which have sometimes involved high-profile Americans sent to secure the release of the Americans.

Warmbier, a University of Virginia student from suburban Cincinnati, made a tearful public confession to stealing a propaganda banner while visiting North Korea with a tour group last year. Kim Dong Chul, a South Korean-born U.S. citizen told CNN he was president of a trade and hotel services company in Rason, North Korea. In his public confession, he said he had spied for South Korean intelligence and had tried to spread religion among North Koreans.

Some foreigners have said after their release that their declarations of guilt had been coerced while in North Korean custody.

When an American citizen is reported detained, the U.S. works with the Swedish Embassy in the North Korean capital, since the U.S. and the North do not have diplomatic relations.

North Korea's announcement of the detainments comes amid tensions over fears that Pyongyang is preparing another round of nuclear or missile tests and comments.

President Trump has refused to rule out military action against the North, but he also says he would be willing to talk with North Korean leader Kim Jong Un under the right circumstances.