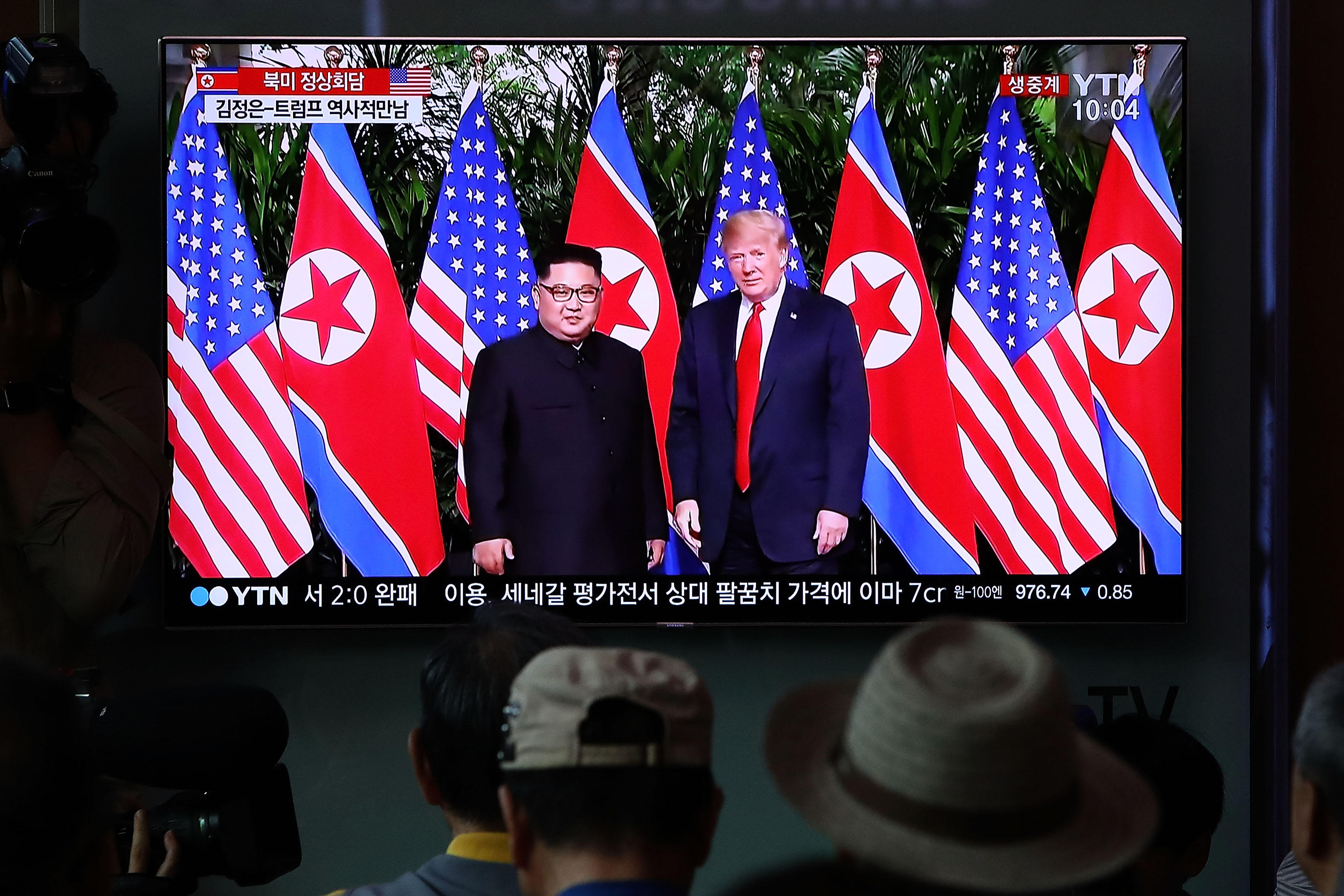 North Korea called out the U.S.' "shameless and impertinent behavior," according to a press release out Thursday via a foreign ministry spokesperson. It also claims that "high-level officials within the U.S. administration are making baseline allegations against [North Korea] and making desperate attempts at intensifying the international sanctions and pressure."

Relations between North Korea and the U.S. remain tense, despite reassurance from the U.S. State Department that the two countries are in contact with each other.

In its statement, North Korea outlined "goodwill measures" it has taken since the historic meeting in June between President Trump and Kim Jong Un, including its discontinuation of nuclear testing and returning the remains of fallen Korean War soldiers to families in the U.S.

"Expecting any result, while insulting the dialogue partner and throwing cold water over our sincere efforts for building confidence which can be seen as a precondition for implementing the [North Korean]-U.S. joint statement, is indeed a foolish act that amounts to waiting to see a boiled egg hatch out," the statement read. "The international society is struck by this shameless and impertinent behavior of the U.S., and we also closely follow the U.S. behavior with high vigilance against their intentions."

But the North Korea statement separates Mr. Trump from "high-level officials," thus allowing the the country to rail against the U.S., while leaving the door open for the president to continue his dialogue with leader Kim Jong Un.

Earlier this month, U.S. Secretary of State Mike Pompeo warned Russia, China and other countries against any violation of international sanctions on North Korea that could reduce pressure on the North to abandon its nuclear weapons. Pompeo's comments came on the heels of a United Nations report that found North Korea has not stopped its nuclear and missile programs and is violating U.N. sanctions, including through illicit ship-to-ship transfers of oil.