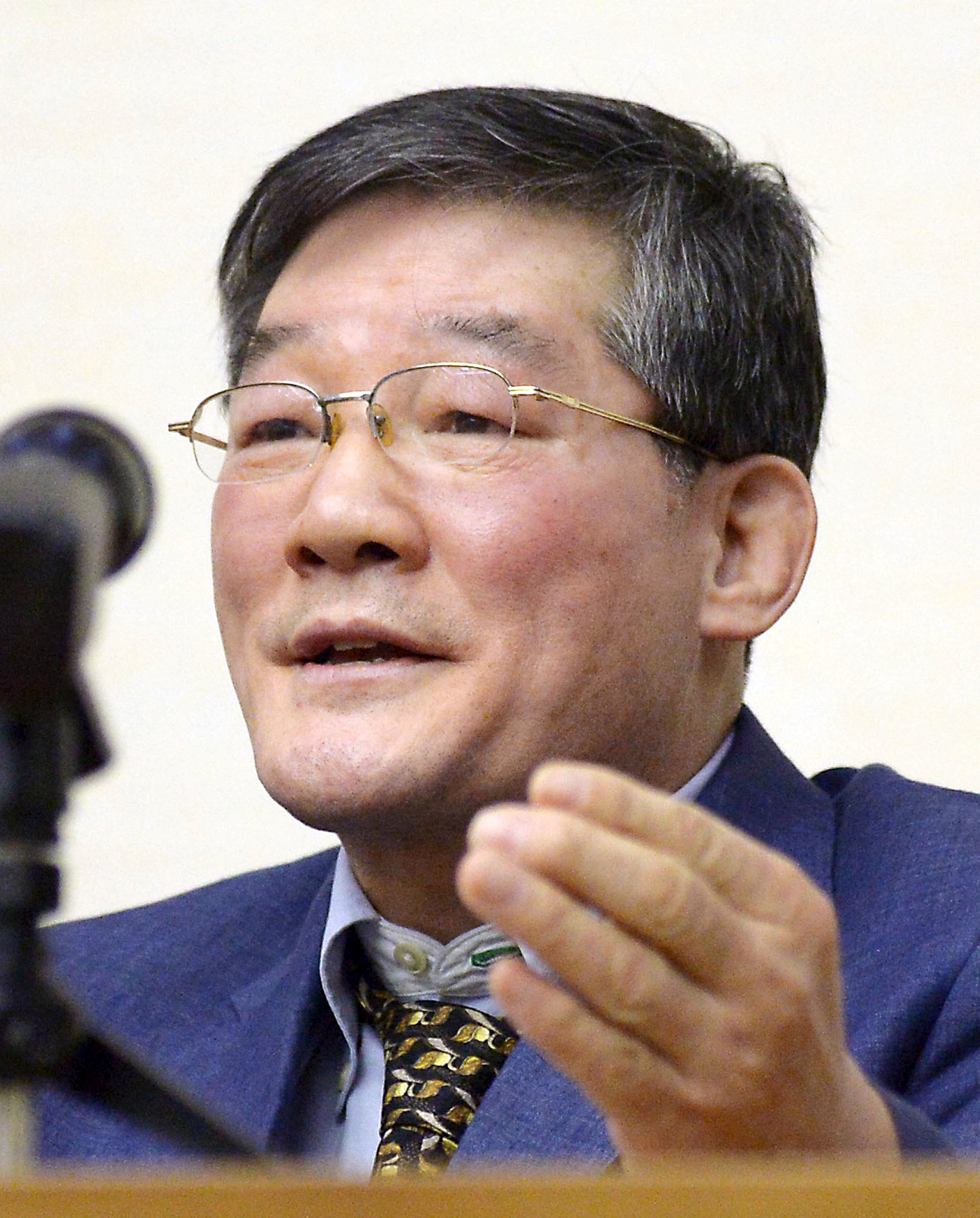 PYONGYANG, North Korea -- North Korea on Friday sentenced an ethnic Korean citizen of the United States to 10 years in prison.

Kim Dong Chul had been detained in the North on suspicion of engaging in spying and stealing state secrets. He was sentenced to 10 years in prison with hard labor after a brief trial in Pyongyang.

North Korea's Supreme Court found Kim guilty of espionage and subversion under Articles 60 and 64 of the North's criminal code. Further details were not immediately available.

Kim's sentencing comes on the heels of a 15-year sentence given to Otto Warmbier, an American university student who the North says was engaged in anti-state activities while visiting the country as a tourist earlier this year.

North Korea regularly accuses Washington and Seoul of sending spies to overthrow its government to enable the U.S.-backed South Korean government to control the entire Korean Peninsula. Some foreigners previously arrested have read statements of guilt they later said were coerced.

Most of those who are sentenced to long prison terms are released before serving their full time.

Kim had confessed to spying for the U.S. and South Korea and apologized for his crimes, according to Reuters, citing the North's KCNA news agency.

In the past, Pyongyang has held out until senior U.S. officials or statesmen came to personally bail out detainees, all the way up to former President Bill Clinton, whose visit in 2009 secured the freedom of American journalists Euna Lee and Laura Ling. Both had crossed North Korea's border from China illegally.

It took a visit in November 2014 by U.S. spy chief James Clapper to bring home Mathew Miller, also arrested after entering the country as a tourist, and Korean-American missionary Kenneth Bae, who had been incarcerated since November 2012.

Jeffrey Fowle, a U.S. tourist detained for six months at about the same time as Miller, was released just before that and sent home on a U.S. government plane. Fowle left a Bible in a local club hoping a North Korean would find it, which is considered a criminal offense in North Korea.

Six foreigners, including Kim and three South Koreans, are known to be detained in North Korea, Reuters says.