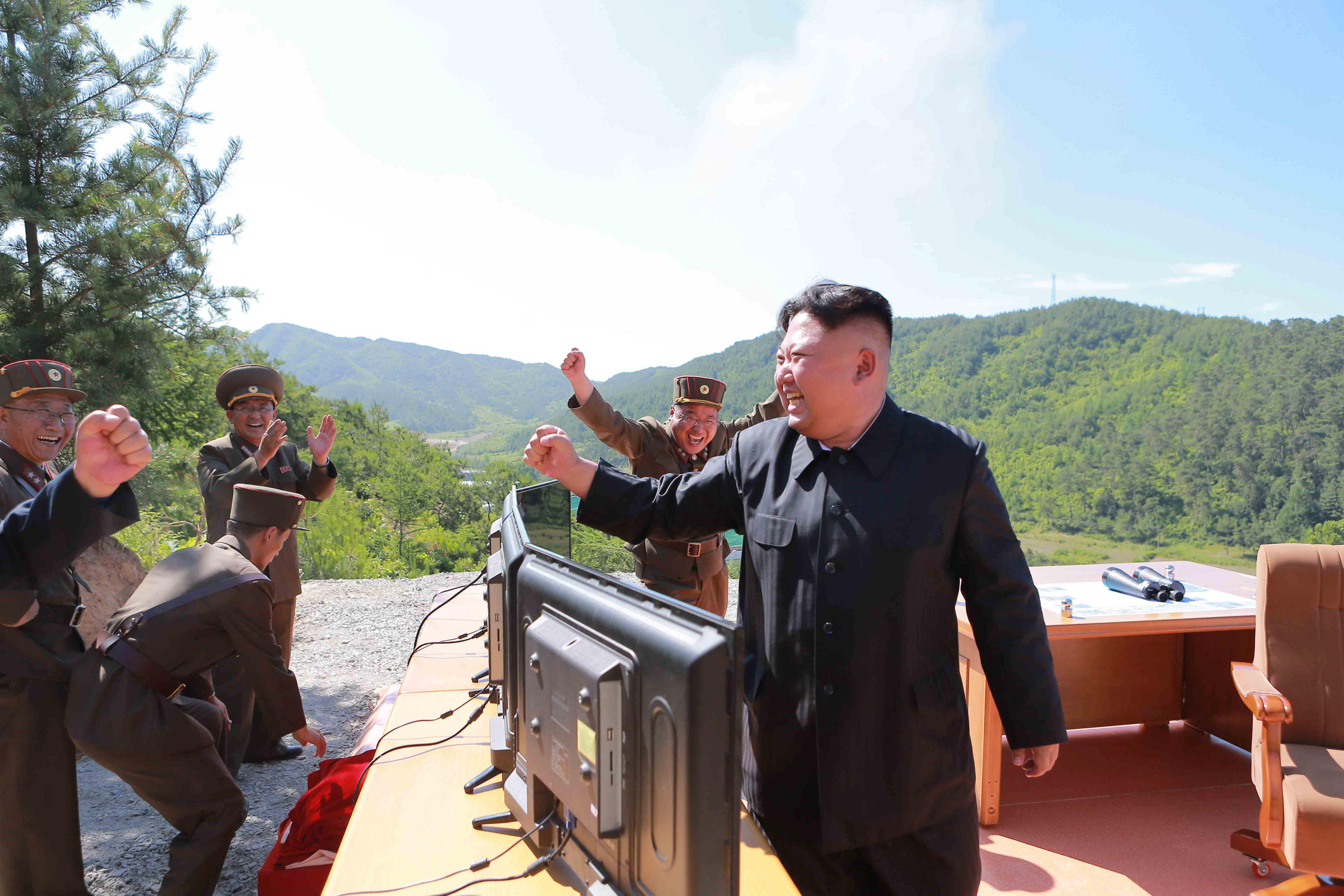 The North's warning came two days after the U.N. Security Council unanimously approved new sanctions to punish the North including a ban on coal and other exports worth over $1 billion. U.S. Ambassador Nikki Haley called the U.S.-drafted resolution "the single largest economic sanctions package ever leveled against" North Korea.

President Trump took to Twitter late Sunday night to say he had spoken with South Korean President Moon Jae-in, and that he was "very happy and impressed" with the unanimous Security Council vote to implement the new sanctions package.

As Mr. Trump demanded full and speedy implementation of the new penalties, his top diplomat laid out a narrow path for the North to return to negotiations that could ultimately see sanctions lifted. Stop testing missiles for an "extended period," Secretary of State Rex Tillerson said, and the U.S. might deem North Korea ready to talk.

"We'll know it when we see it," Tillerson said. "This is not a 'give me 30 days and we are ready to talk.' It's not quite that simple. So it is all about how we see their attitude towards approaching a dialogue with us."

Even as they celebrate a diplomatic victory in persuading China and Russia to sign on to cutting new sanctions, the U.S. and other countries are deeply concerned that failure to rigorously enforce them could significantly blunt their impact.

Since Saturday's U.N. Security Council vote, Washington has put Beijing in particular on notice that it's watching closely to ensure China doesn't repeat its pattern of carrying out sanctions for a while, then returning to business as usual with the pariah nation on its border.

In a statement carried by state media, the North Korean government said Monday that the sanctions were a "violent infringement of its sovereignty" that was caused by a "heinous U.S. plot to isolate and stifle" the country.

It said the U.N. sanctions would never force the country to negotiate over its nuclear program or to give up its push to strengthen its nuclear capability. The North said it would take "action of justice," but didn't elaborate.

North Korea test-launched two ICBMs last month as part of its efforts to possess a long-range missile capable of striking anywhere in the mainland U.S. Both missiles were fired at highly lofted angles and analysts say the weapons are capable of reaching parts of the United States if fired at a normal, flattened trajectory.

The centerpiece of the U.N. sanctions is a ban on North Korea exports of coal, iron, lead and seafood products -- and a ban on all countries importing these products, estimated to be worth over $1 billion in hard currency.

The council diplomat was not authorized to speak publicly and insisted on anonymity.