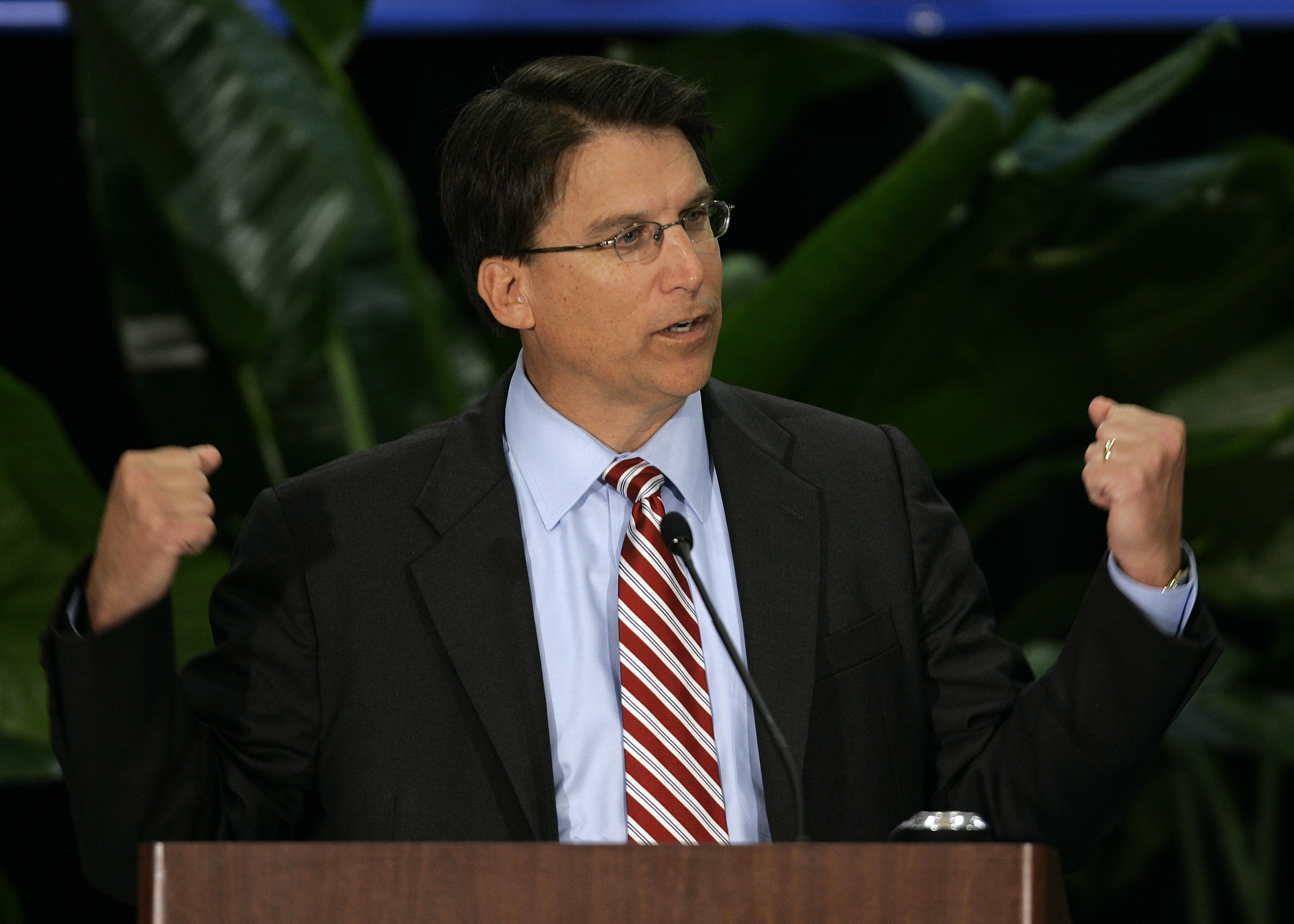 RALEIGH, N.C. -- A measure allowing some court officials to refuse to perform gay marriage responsibilities because of their religious beliefs became law in North Carolina on Thursday, with the state House voting to override the governor's veto of the bill.

The Senate had voted to do the same with Republican Gov. Pat McCrory's veto a week ago. Thursday's House vote was just over the three-fifths majority needed.

The law means some register of deeds workers who assemble licenses and magistrates to solemnize civil marriages can decide to stop performing all marriages if they hold a "sincerely held religious objection."

McCrory had said no one who takes a government oath should be allowed to avoid performing duties required by that oath.

Before North Carolina, only Utah had passed such a similar exemption, earlier this year.

The law says court officials who disclose a "sincerely held religious objection" must stop performing marriage duties for both gay and heterosexual couples for at least six months. The chief District Court judge or the county register of deeds - both elected officials - would fill in on marriages if needed.

In his May 28 veto message, the Republican McCrory said that while many North Carolina residents like himself believe marriage is between a man and a woman, "we are a nation and a state of laws."

"No public official who voluntarily swears to support and defend the Constitution and to discharge all duties of their office should be exempt from upholding that oath," McCrory wrote.

While the Senate overturned McCrory's veto quickly, House Republicans put off a vote because some supporters of the original bill were absent. Others were on the fence about where they stood, according to Rep. David Lewis, R-Harnett, chairman of the powerful House Rules Committee.

Most legislative Democrats aligned themselves with gay rights groups that said the bill created a new form of discrimination similar to biases of a generation ago against multiracial marriages. They also said the bill didn't prevent delays for gay couples getting married if a court official suddenly disclosed a religious objection when a couple approached the office counter of the magistrate or a register, particularly in smaller counties with fewer staff.

Utah is the only state that's approved a similar exemption, according to the National Conference of State Legislatures. Utah's governor signed that bill.

Other "religious freedom" bills have ignited political firestorms in Indiana, Arkansas and Louisiana.