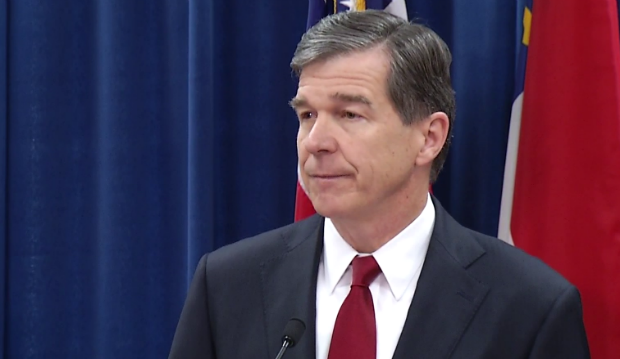 It allows a person who appears in a police video to ask to view the recording, but not copy it. Law enforcement agencies can deny such requests, citing concerns about safety, reputation or an ongoing investigation. Then it would be up to a judge.

"It looks to me like it's lot more difficult with this legislation to make a video public," Cooper said.

The state's chief law enforcement officer said these recordings should be considered public records, with some exemptions to protect the privacy of victims or the integrity of criminal investigations. Enabling people to see what actually happens can protect both officers and citizens, he said.

"Obviously this is a complicated issue with a lot of details and a lot of potential for making sure that we ensure that justice is done at the end of the day," Cooper said. "We need to see how this works first and how the courts are going to react to this, because it's important to have these cameras."

McCrory fired back on Tuesday, saying the law taking effect Oct. 1 walks the fine line between transparency and citizen privacy.

"The attorney general did not give that input prior to that bill being developed that I know of," McCrory said. "But the bill is a common sense approach and balance between respecting the rights of our police officers while also balancing the need for the public needs to know."

Civil liberties groups and social justice activists said the law will make holding officers accountable more difficult, particularly after last week's killings of black men by white officers in Louisiana and Minnesota, and the attack by a black sniper that killed five officers at a march in Dallas.

"At a time when people across the country are calling for greater transparency and accountability from law enforcement agencies and officers, Governor McCrory's bill to keep police body camera footage hidden from the public moves us in the wrong direction," state Democratic Party chairwoman Patsy Keever's statement said.

The law passed with overwhelming support from the GOP-dominated General Assembly, and is supported by the state's sheriffs' and police chiefs' associations. They said it will increase transparency because it clarifies the recordings are not personnel files, which are nearly impossible for third parties to access.

The clash suggests police videos will continue to be a point of debate in the gubernatorial race, which could be among the nation's most expensive.