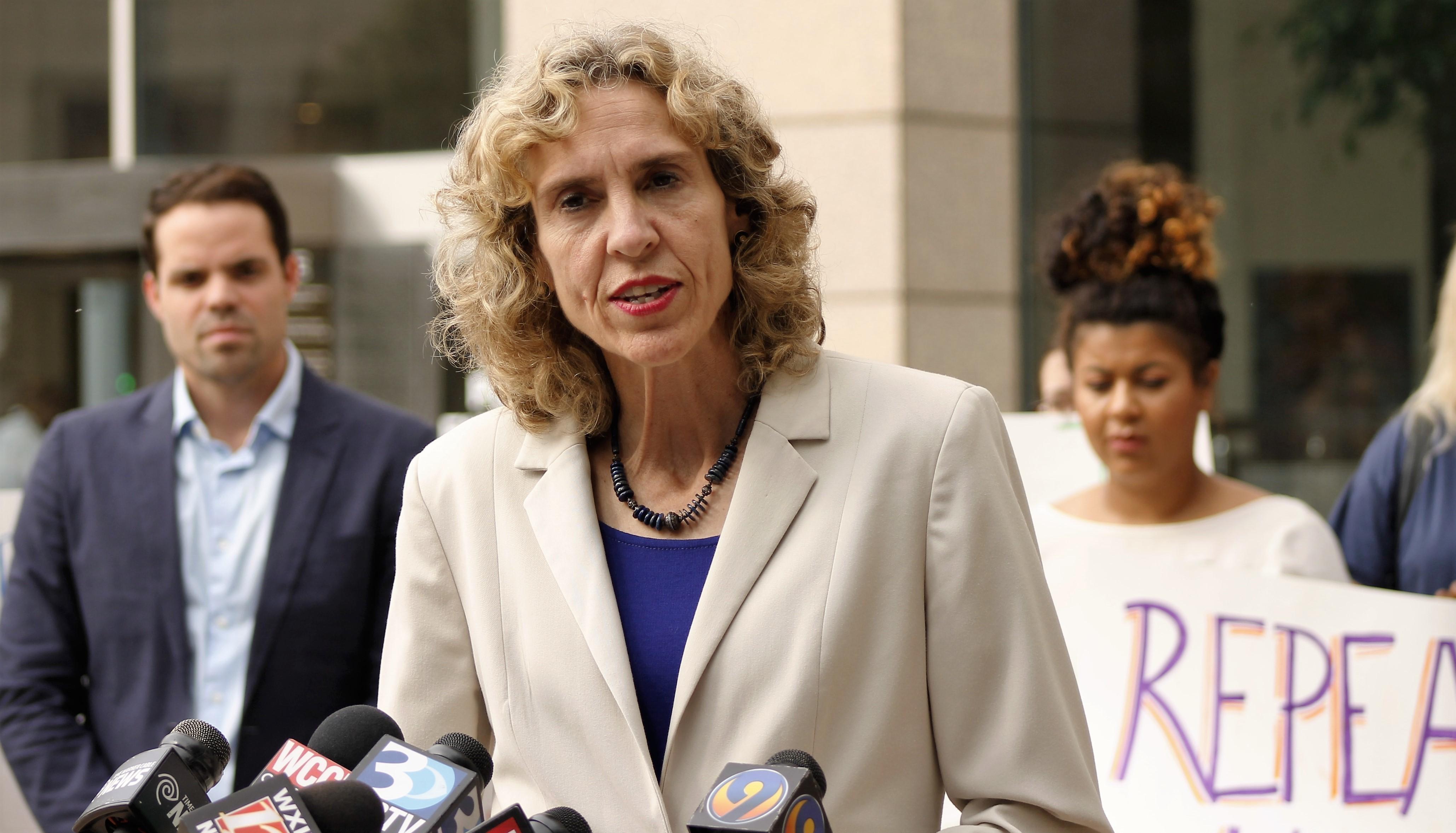 CHARLOTTE, N.C. - The mayor of North Carolina’s largest city applauded the governor Monday for recognizing the need to repeal the LGBT-focused “bathroom law” prompting boycotts of the state. But she said lawmakers can act anytime they want to, whether or not Charlotte backs down first on protecting people from discrimination.

Feeling pressure from the loss of major events, North Carolina’s Republican leaders offered over the weekend to consider rescinding their law limiting LGBT anti-discrimination protections, but only if Charlotte moves first to repeal its never-enforced city ordinance.

“We are not prepared to add this item to our agenda this evening, however, we urge the state to take action as soon as possible and encourage continued dialogue with the broader community,” Mayor Jennifer Roberts said in response before Monday’s city council meeting.

The mayor’s response follows a weekend in which GOP lawmakers and Gov. Pat McCrory floated the idea of a special General Assembly session to take the state law off the books. But they said House Bill 2 wouldn’t have been needed if Charlotte hadn’t first overreached.

“We believe that if the Charlotte City Council rescinds its ordinance there would be support in our caucuses to return state law to where it was pre-H.B. 2,” House Speaker Tim Moore and Senate leader Phil Berger said in a statement Sunday night.

“Roy Cooper’s silence on the Charlotte bathroom ordinance repeal deal confirms he was working with his ally Jennifer Roberts to kill any compromise all along,” the GOP statement read Monday.

“While the Governor and legislature have been willing to compromise to find a resolution, Roy Cooper and Jennifer Roberts have been following the orders of radical Washington, D.C. special interest groups who will not stop until they impose an extreme, politically-correct agenda on our state to allow men to use women’s restrooms, showers and locker rooms,” Hayes continued.

“By again blocking a compromise deal, it is clear that both Roy Cooper and Jennifer Roberts want to keep this issue alive to raise campaign cash and ultimately change the definition of gender in our country,” he said

Sentiment may be leaning against the Republicans on this issue.

A new poll released Monday found nearly 50 percent of the state’s likely voters this fall oppose HB2, while almost 40 percent support it. Meanwhile, 60 percent say it has hurt the state, compared to only 11 percent who say it has improved North Carolina.

The poll also found that women and blacks oppose the law by even higher margins - 61 percent and 54 percent. The survey of 644 likely voters had a margin of sampling error of 3.9 percentage points.

The law - passed during a single-day special session in March - initially blocked workers from invoking state law to sue over employment discrimination, such as on the basis of race or sex, but the legislature restored that right in July.

Republicans crafted the law in response to Charlotte’s ordinance the month before expanding anti-discrimination protections such as sexual orientation and sexual identity to cover public accommodations including city hotels, restaurants and retailers.

The state law blocked Charlotte and all local governments from passing similar rules and directed transgender people to use bathrooms and showers in schools and government buildings corresponding to the sex on their birth certificates.

National criticism from gay-rights groups, corporate CEOs and politicians led to the cancellations of events and lawsuits to overturn the law. The NBA pulled its 2017 All-Star Game out of Charlotte.

Last spring, legislative leaders said the Charlotte ordinance needed to be gone before any significant modifications would be considered to the state law. The city council declined to do so at the time. But efforts at a resolution intensified last week after the NCAA and Atlantic Coast Conference took championships away from North Carolina because of the law, including the ACC football title game in Charlotte.

Charlotte’s business leaders and the state’s restaurant and lodging association have been urging a “reset” by repealing both the ordinance and the law.

But equal rights advocates have urged city leaders to stand firm behind the ordinance, saying the loss of economic activity and any damage to the state’s reputation is the fault of McCrory and lawmakers who passed the law, not Charlotte.

“One would think that, finally, 180 days later, the architects of this disaster, McCrory, Moore and Berger, would step up, admit their mistake and provide the leadership necessary to repeal H.B. 2,” state Rep. Chris Sgro, the state’s only openly gay lawmaker, said Monday in Charlotte. “Instead, McCrory, Berger and Moore aren’t seeing 180 days of loss. They are seeing 50 days until an election.”

McCrory has been the law’s most high-profile defender, citing bathroom privacy concerns. He’s blamed the fallout on politics - he’s in a tough re-election bid against Democratic Attorney General Roy Cooper, who opposes the law.

Cooper said Monday that McCrory should call a special session Monday to repeal the law, and blasted the governor for not showing leadership. “The damage to our economy must be stopped and it is clear that full repeal of H.B. 2 will accomplish this,” Cooper’s statement said.

The city council holds its next regular public meeting Sept. 26.