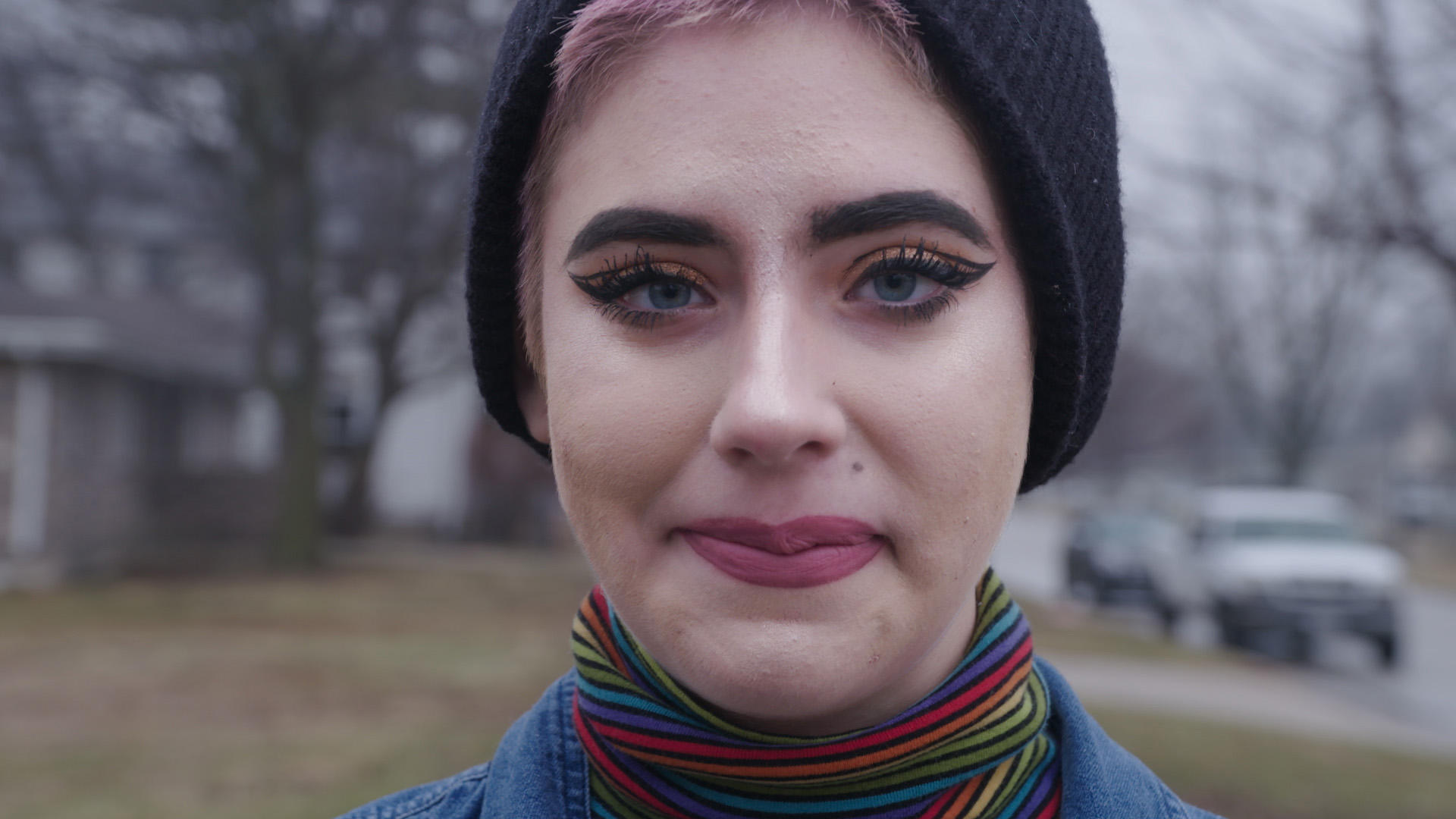 In the year 2017, most of us probably think we know what it means to be transgender. We watched as Bruce Jenner transitioned to Caitlyn, “Transparent” swept the Emmy Awards, and a Virginia teen’s case to use the men’s bathrooms at his high school headed to court. Yet, in all that media coverage and conversation, there is a category of transgender person we still never hear about.

They are called non-binary. They use different pronouns than the rest of us. And they do not identify with being either a man or a woman. Rather, these individuals often choose to reject gender completely, blend aspects of both, or to fluctuate between masculinity and femininity on a day-to-day basis. Simply put, the type of transgender people the media portrays — the sort who transition from man to woman, or from woman to man — are just the tip of the iceberg.

“Theres a certain palatable transgender person who has been put forth in the media,” explains Phil Picardi, digital editorial director of Teen Vogue. “Transgender doesn’t just look like one thing. It doesn’t just look like Caitlyn Jenner or like Laverne Cox. And even though those people deserve an immense amount of praise for their bravery and for being willing to make strides in this space, we also have to be accepting, and not always catering to the palates of cisgender people. We need to be more open-minded about what [transgender] looks like.”

In other words, “cisgender” people — or the majority of folks who identify with the gender we were given at birth — tend to think of gender as a binary: There are men and there are women. And so, when we became acquainted with the concept of transgender, we look at it as part of that same binary... as if the only option for trans people was to end up as either a man or a woman.

In reality, however, there exists a whole spectrum of gender identification options between those two binary ends.

In fact, Facebook now offers 58 options for users; Tinder has 37. People can be agender, genderqueer, two-spirit, bigender, gender fluid... the terms go on and on. And even then, there exists a custom write-in option for people who still do not feel that their gender identity is represented as part of that list. What’s more, if users select this “custom” option, a question pops up to inquire about their preferred pronouns.

“I tend to use the analogy of sexual orientation,” explains Dr. John Steever, assistant professor of pediatrics at the Mount Sinai Adolescent Health Center. “Most people are familiar with being either straight or gay. And most people are familiar with the concept of being bisexual, attracted to both. So if you apply that construct to gender, then that opens up the idea that there is more than just boys, girls, men, women. There can be people who live in the spaces between that. And I’ll often point out examples from pop culture — people like Grace Jones or David Bowie — people whose gender presentation is a little ambiguous.”

The CBSN Originals documentary, “Gender: The Space Between,” introduces viewers to a handful of non-binary people who identify along this spectrum.

There’s Talia Bellia, a 17-year-old high school student in Shorewood, Illinois, who identifies as genderqueer, explaining that she can feel entirely masculine or entirely feminine on a given day, and dresses accordingly. There’s Brin Solomon, a graduate student at NYU, who identifies as agender, saying, “I feel like I’ve been running and running and running from gender all my life, and this is as far away as I can get.”

There are Grace Gittelman and Ela Hosp — friends at the Kansas City Art Institute — who both identify as non-binary because they feel it frees them of the limitations society places on women.

And then there’s Brendan Jordan, a high school student in Las Vegas who skyrocketed to internet stardom after a video of him dancing in the background of a local newscast went viral. Brendan, who has become something of a beacon for non-binary youth across the country, identifies as gender fluid and goes by either he or she.

“If you think about remixing music, it’s taking all your favorite pieces of music that have different genres and beats and rhythms and sounds and giving them a new narrative, giving them a new story, similar to what Kendrick Lamar has done. I see gender fluidity in the same way,” explains sj Miller, of NYU’s Metropolitan Center for Research on Equity and the Transformation of Schools. “It’s taking someone who is both masculine and feminine. They know the norms well enough to look at them and remix them... So I think they are really on the cutting edge of pushing our sense of what gender or agender could mean.”

And pushing those boundaries isn’t easy.

“It takes tremendous courage to be that person because you’re going to incur stares, bullying and harassment,” continues Miller. “You may face discrimination at school, in the workplace, even access to social spaces. Walking down the street, heads are gonna turn because people can’t identify you, and that’s very scary to what we call ‘gender typical’ people.”

Take Quinn Diaz, for example. Diaz, who was born Savanna Nicole, now identifies as a non-binary trans man and got kicked of the house because of it. Now, Diaz works at Whole Foods, struggling to save money in the hopes of eventually being able to pay for college. At work, Diaz says it’s easier to identify as a trans man than non-binary.

“Rather than having to explain everything to them, they just think, ‘Oh they’re a girl that wants to be a guy.’ Then they’ll leave me alone,” Diaz explains. “It’s pretty messed up, but its easier for me.”

What might surprise you, however, is that non-binary people don’t just struggle to explain themselves to non-trans people. According to Quinn Diaz, they have to fight for acceptance within the trans community as well.

“Within the trans community there is a very binary community that’s very strict,” explains Diaz in “Gender: The Space Between.” “There’s transphobia in the trans community. A lot of people like to think of non-binary people as just confused and making up a new word or a new gender. People don’t know how to adjust to they/them. They like to make excuses for not wanting to use our pronouns, like, ‘Oh, I’ve never heard of that before.’ They expect people to be OK with them being trans, but they’re not OK with non-binary people being trans. Even the trans community is still exclusive to only fitting male and female counterparts.”